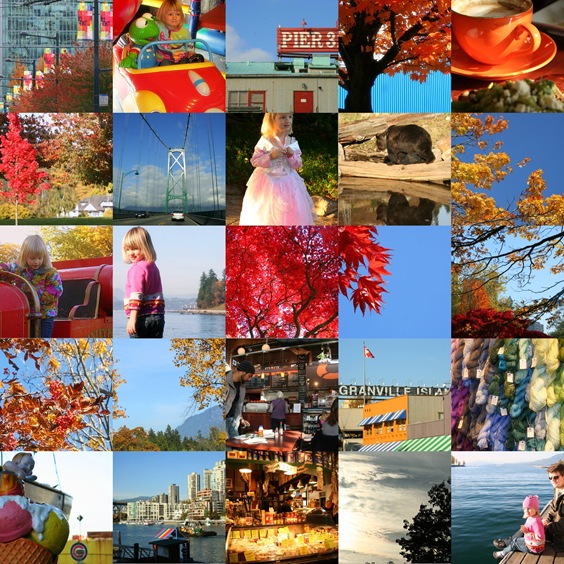 I really, really, REALLY ‘heart’ Vancouver.  We last visited about thirteen years ago, and can’t quite believe it’s taken us this long to go back.  And yes, the weather really was something else.

More piccies here and here. There is something indefinably and wonderfully European about Vancouver which we couldn’t quite put our finger on. Something to do with the width of the streets, the number of pedestrians and the lack of a dirty great freeway carving through the centre of the city.  We can also highly recommend the Agro Cafe’ on Granville Island and Raincity Grill for one of the best meals I’ve had in North America.

Well, we are already well aware that Pottery Barn is not averse to a bit of plagiarism, but this time they’ve really gone too far and plagiarised ME.  And believe me, it hurts.

Remember the three chairs we painted back in April? 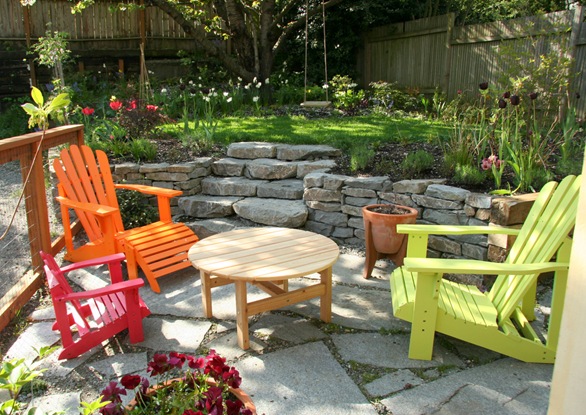 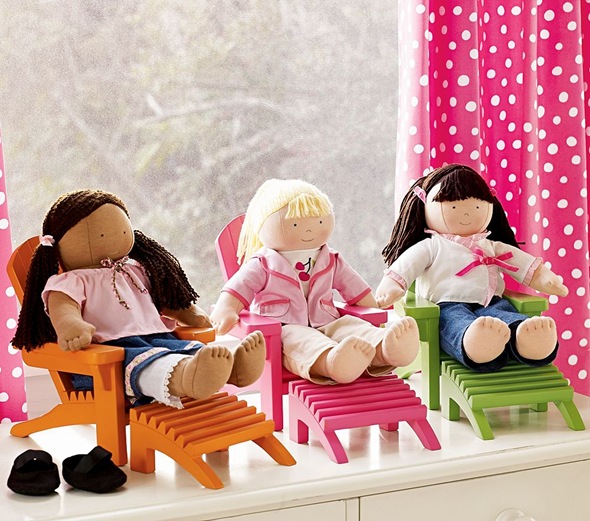 Any lawyers out there who fancy assisting me in my multi-billion dollar lawsuit?

The Story of Bloom by Anna Schuleit 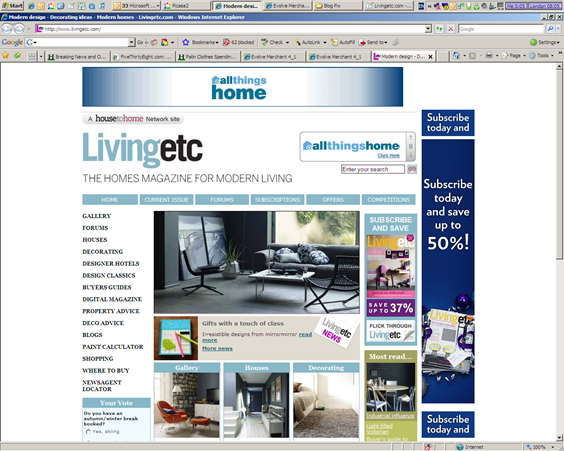 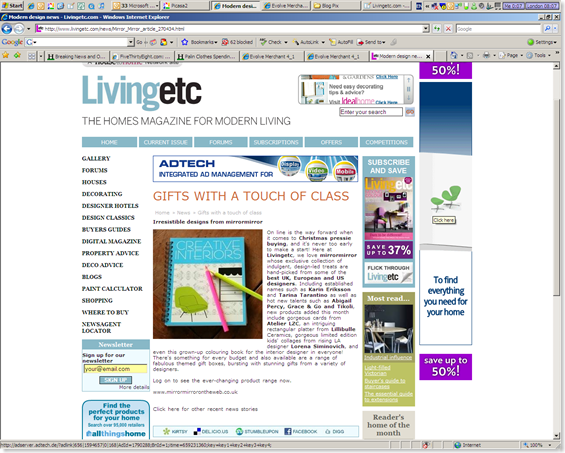 mirrormirror is on the home page of Livingetc.com with a very wonderful little write up inside and the Creative Interiors Colouring Book prominently featured.

And speaking of owls…

As you know we’re trying to expand our stationery line here at ‘mirrormirror‘ and I’m wondering whether to buy in some individual cards. I’m still weighing up the pros and cons – but in the meantime you can check out this lovely range at Urubbu. 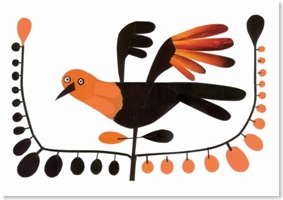 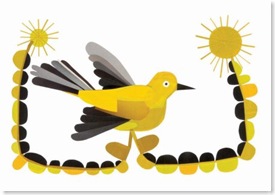 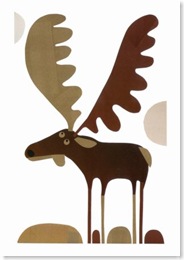 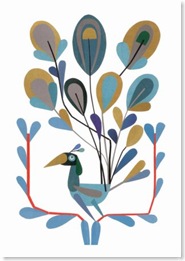 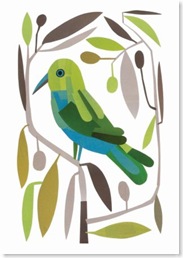 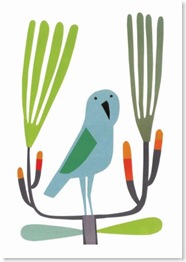 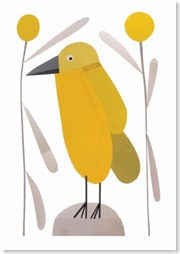 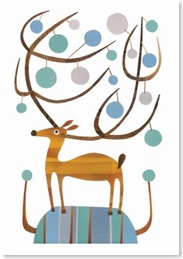 Things I Am Loving – Gurgle Pots

Just a quickie for all people who are either running a small business in the Seattle area or thinking of starting something up.

Megan Not Martha has got together with a bunch of folk to set up the Grassroots Business Association providing practical help and emotional support to small business owners. The first meeting is tomorrow Wednesday at 6pm at Vermillion in Seattle.  All details are here.

This is incredibly timely for me, as I’m starting to think about setting up ‘mirrormirror US’ and have absolutely no idea where to begin.  I hope to meet some of you tomorrow and a big shout out to Megan and co for getting this ball rolling.

Sabotage – or You Just Died and Went to Cupcake Heaven

So I’ve given up watching Top Design as my Tivo had a hissy fit.  Have re-recorded the missed episodes and may get round to watching them some day, though it was hardly lighting my fire.

But I digress. I understand from Becky, who blogs about TD over on Decor8, that our beloved Ms Wearstler dared to turn up on TV the other night looking like this. 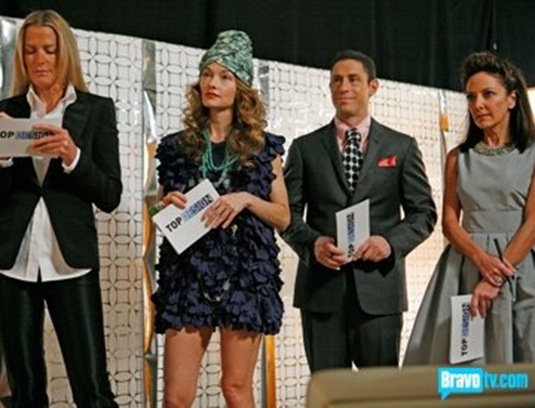 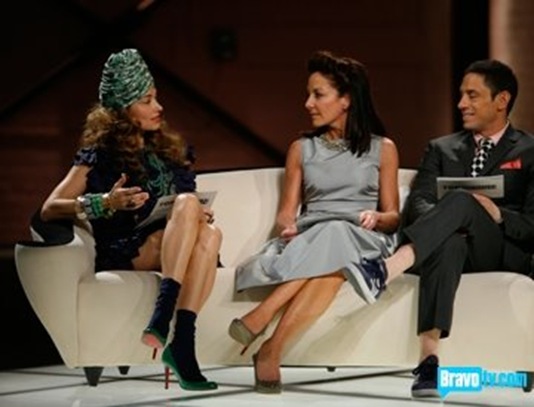 Please tell me that you think she looks ridiculous and that you can’t understand either why the other judges aren’t pissing themselves laughing (though Jonathan Adler is permitting himself a smirk).  I really don’t know where to begin with this outfit and its carefully studied eccentricity. 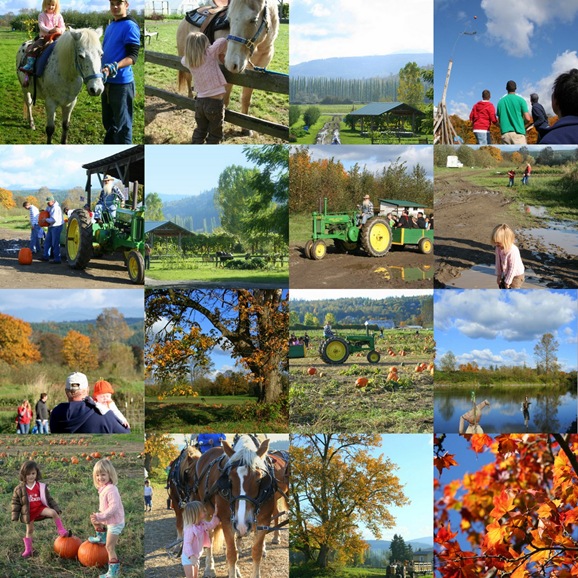 This Saturday we had glorious autumn weather for our annual pumpkin hunt.  One of the nicest things about Seattle is that you can drive for about half an hour out of the city and end up somewhere like this.  Also known as paradise on earth if you’re a small girl who likes to grub about, play with horses, splash in rivers and ride in tractors (not to mention the pumpkin trebuchet which got the Husband childishly excited).  Highly recommended if you’re in the Seattle area and looking for a good pumpkin patch.

All About Me – Me and My Girl

We’re going to be back in the UK for Christmas.  The day itself will be spent with friends in Bath, we’ll be visiting family and friends in and around London and then hopefully back to Notting Hill for a few days (though sadly not to the flat – we still have it, but it’s rented out at the moment).

You know how there are places in the world that just suit your personality? Well Notting Hill is one of my places.  We lived there for twelve years before coming to Seattle and I still miss it horribly. 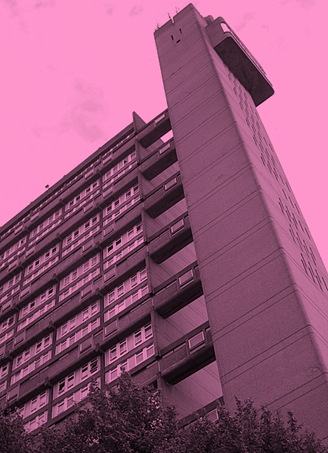 It’s not a pretty building.  Built at the tail-end of the sixties, this Brutalist tower block by Erno Goldfinger (such a great name) soon became a byword for the sort of social problems that plagued tower blocks (and Notting Hill) at the time. But as the tower has cleaned up its act and Notting Hill has become gentrified, it has become a London icon and flats in the tower now command a huge premium, with top-floor flats, which have some of the best views in London, being almost impossible to come by. (I found this photo of the tower in my files – I’ve never been able to take very good pictures of it though).

It’s also become a sort of ironic design icon.  Here it is on ceramics and teatowels from People Will Always Need Plates.  I’m going to put a couple of plates on my Christmas list. 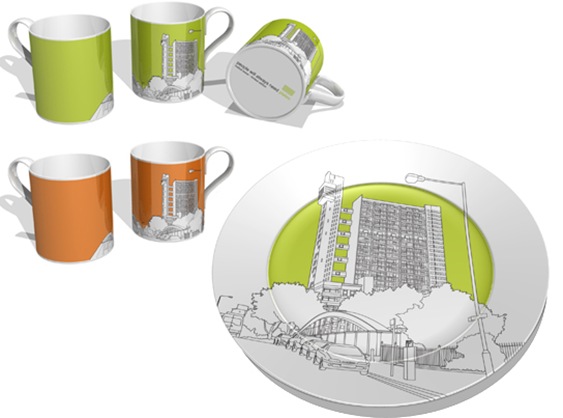 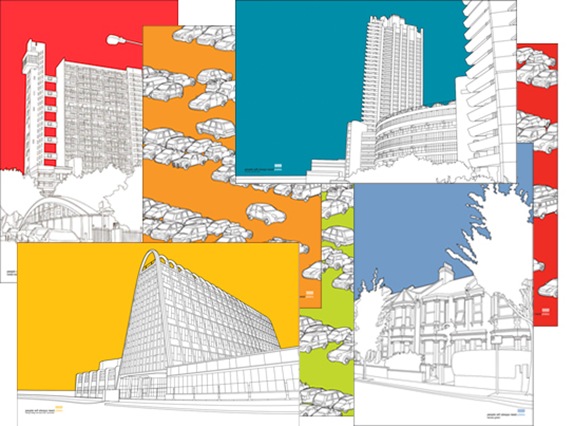 Light Up My Life

Sticky pads for those of you who, like me, sometimes have a bit of an issue with productivity. 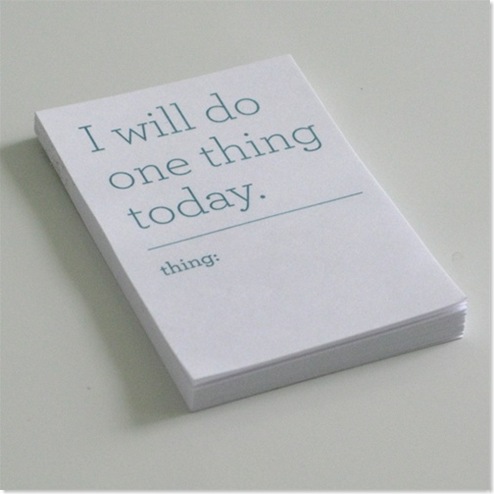 This post is by way of a plea.  Please, please watch this show; tell your friends about it; blog about it and somehow get the word out about it.  I love it to pieces but apparently the ratings aren’t good and it probably won’t see out a second season.

What’s not to love?  This everyday story of America’s favourite dysfunctional billionaires features tons of soapy over-the-top melodrama; a fabulously witty script; great acting performances from the likes of Donald Sutherland, Peter Krause and Jill Clayburgh; a vast array of male eye-candy; drop-dead gorgeous fashions; sex, murder and big business aplenty; a huge cast of deliciously amoral characters; the incredibly wonderful Natalie Zea; a banging soundtrack and the sort of interiors that only multi-billions (or a very happy set designer) can buy. 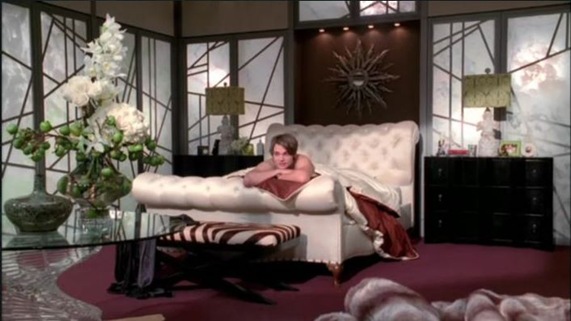 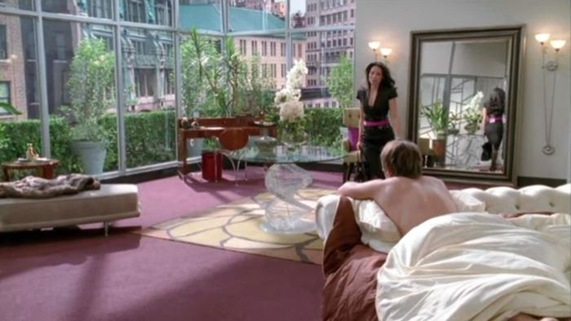 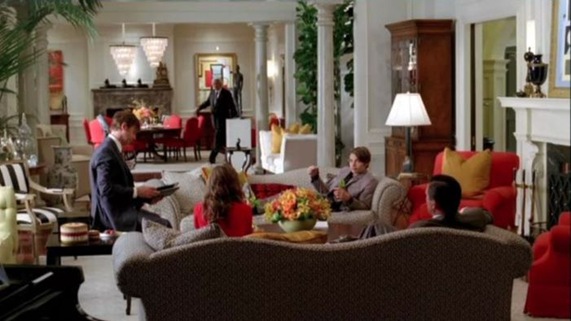 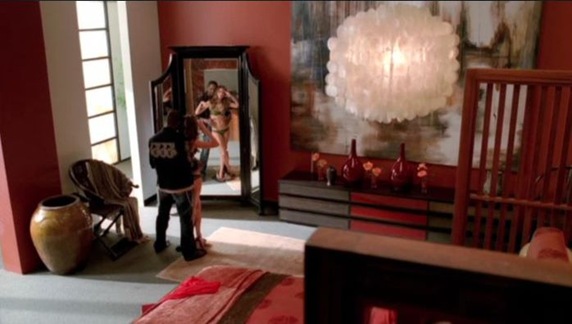 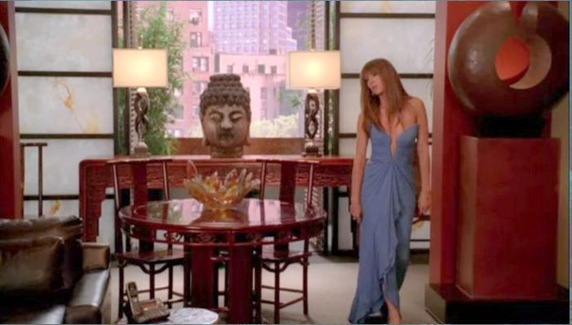 If you can imagine Dynasty meets  Sex and the City with good acting then that’s DSM.  Episodes 1 and 2 are currently available to view online here. You don’t need to have watched season 1 to follow season 2. Season 1 DVD is available to buy here (season 1 got a bit stymied by the writers’ strike but was still aces).  Please watch it for my sake, because I’ll be DISTRAUGHT if it goes off air.