I also love how the Queen’s next grandson-in-law-to-be looks like such a thug, albeit a very jovial one.

Prince Harry’s date and the potential next royal bride Chelsy Davy is a dead ringer for Bet Lynch. That’ll mean beans to any American readers, but suffice it to say that she was the busty ‘tart with a heart’ barmaid in Britain’s long running soap opera Coronation Street.

The Story of a Cloak

It seems that poor dear not-particularly-especially-in-this-company-Posh Spice is so deranged by pregnancy hormones that she forgot to remove her gown after going to the hair salon to have her pony tail clipped on. 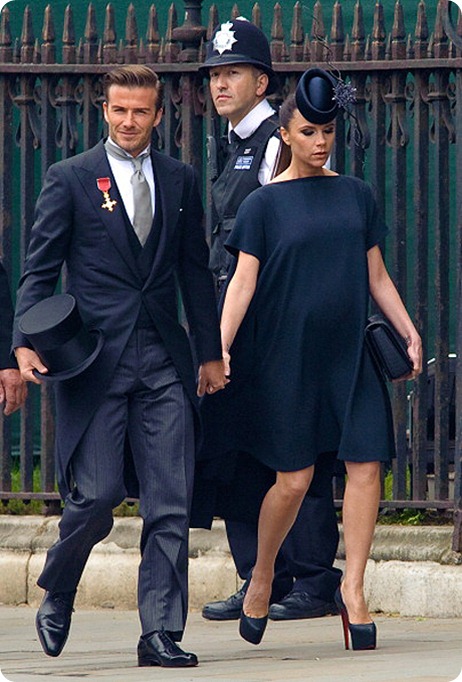 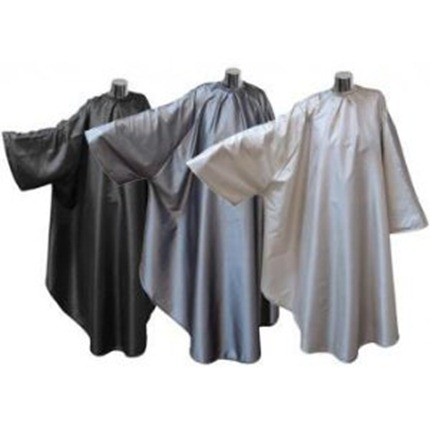 Luckily for us, that means we can copy what she wore to the wedding for a mere £14.99 from Amazon. She’s also clearly of the opinion that if she slapped on enough eyeliner, fake tan and ridiculous shoes, we’d forget she was in her third trimester.

Nope, didn’t work for me either.

Hat was one of Philip Treacy’s better efforts on the day. But what’s with the hew-fangled ‘unicorn’ style of hat wearing nowadays? The Minx and I thought it was hilarious.

I’m super tired and still childishly excited – the family had a ton of fun watching the festivities in bed last night – but I’ll be posting up a few random thoughts throughout the day today. All in all I thought the whole thing was a stunning success, made me proud to be British and more homesick than I can possibly describe.  It’s London I miss, God love that huge, dirty, smelly, GLORIOUS city.

I’ll get to the dress later on, but first up I wanted to share some pictures of the cake – one of the most stunning examples of the cakemaker’s art I’ve ever seen. 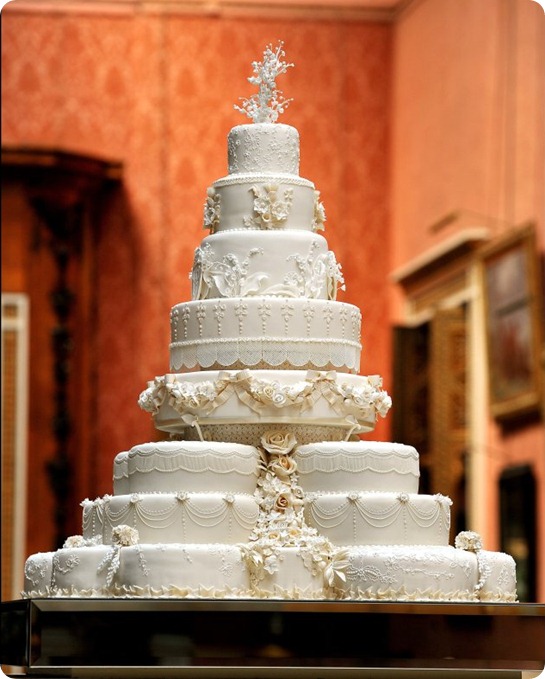 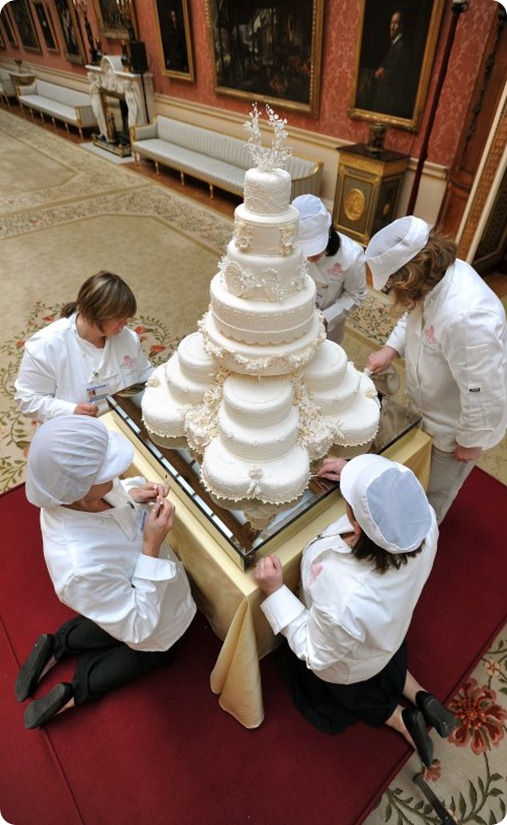 Just look at that exquisite craftsmanship and incredible attention to detail. I have no idea how they could bear to cut into it. 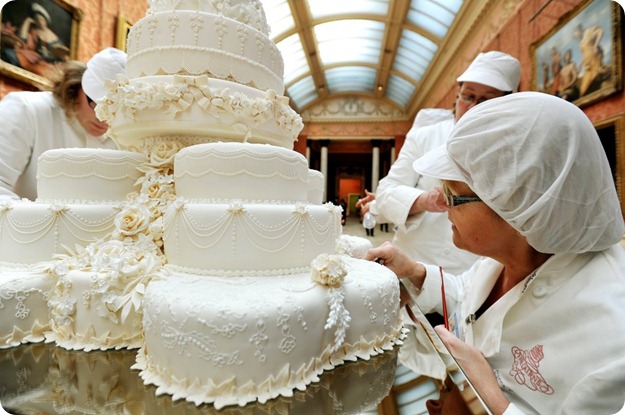 “The wedding cake, designed by Fiona Cairns, is made from 17 individual fruit cakes (12 of which form the base) and has eight tiers. The cake has been decorated with cream and white icing using the Joseph Lambeth technique. There are up to 900 individually iced flowers and leaves of 17 different varieties decorated on the cake. A garland design around the middle of the cake matches the architectural garlands decorated around the top of the Picture Gallery in Buckingham Palace, the room in which the cake will be displayed.”

And yes, it was a fruit cake which can, contrary to most American opinion it seems, be utterly delicious. 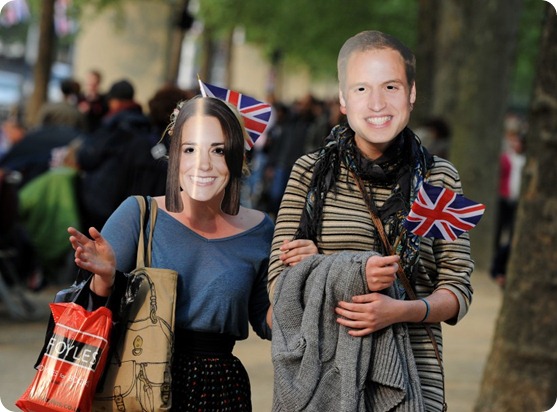 On the night of Charles and Diana’s wedding I had gone with a bunch of teenage friends to see the fireworks in Hyde Park.  It was a warm July night and London was en fete.

I’d promised my mother faithfully that we’d get the last bus back, but after the fireworks were over and we’d squashed through the gates of the park with thousands of other people, it became obvious that there was no hope of making it home. I remember having to queue for ages outside an old-fashioned red phone box to give her the news that no, I wouldn’t be coming home, and yes, we’d be spending the night out on the street.

We found a space with a pretty good view on the Strand near St Clement Danes (the Oranges and Lemons church) and sat down on the pavement to wait out the night. My overriding memory is of how happy and good- humoured people were – everyone, even the police officers, laughing and joking, cheering every little incident, letting small kids get to the front, sharing food with people (ie. us) who had brought none.

What we saw was nothing like what you see on telly -  just the procession trotting past us in one direction and back again the other way. There were no screens and the ceremony itself was relayed over speakers. Diana’s dress was crammed into the carriages and we hardly knew what it was like until we saw it later on TV. And yet it was one of the best nights and days of my life.

I so wanted to be in London for this day, but couldn’t make it work.  If you’re there give London a kiss and a hug from me, I’ve been so terribly homesick this week and watching the beginnings of the coverage is making my heart ache.. I’ll be staying up all night watching the coverage in bed with the Minx, wearing pyjamas and my big wedding hat.  The Minx has her favourite princess costume and tiara all picked out. There’s champagne, the fixings for a full English breakfast and and Prince William’s favourite chocolate biscuit cake in the fridge and I’ll be Tweeting up a storm, come and  find me on @mirrormirrorxx

But it won’t be the same. Sniff. 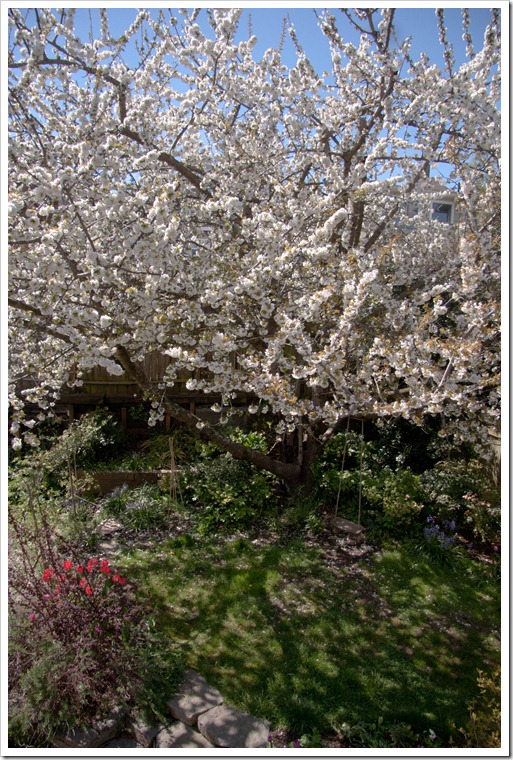 I’m back! Did you miss me? Sorry, I disappeared so abruptly.  I got all caught up in preparations for our trip to Del Mar and Dana Point in Southern California, then we went on the trip, which was very lovely indeed thankyouverymuch and now I’m back in rainy Seattle.

Blossom watch was a complete bust.  I thought the tree would be fully out before we left, but the incredibly cold and rainy spring we’re having here meant that it didn’t bloom properly until we were away.

Here’s a pic from today though. Here’s hoping that this spring warms up soon so that these get a chance to turn into cherries. 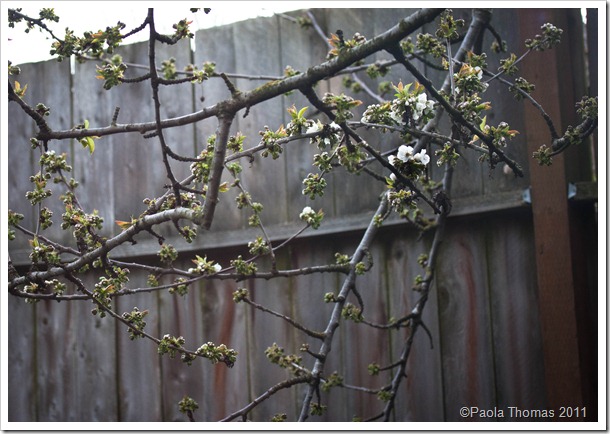 So I’ve been collecting links like crazy and am going to be boring you silly this week with a veritable parade of Royal Wedding memorabilia.  First up is food to get you in the mood for the big day. 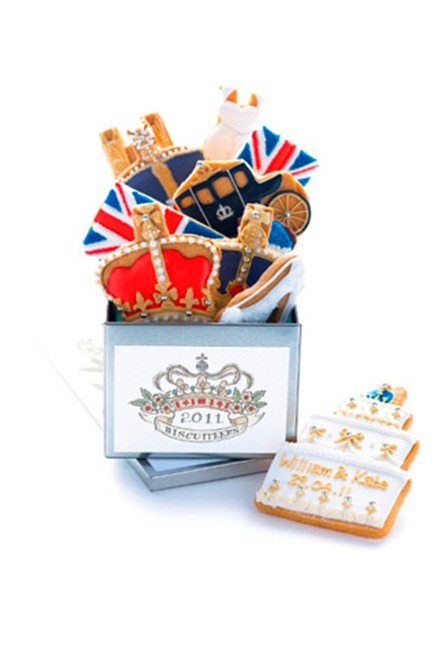 UK biscuit (cookie) bakers the Biscuiteers, have come up with a delightful Special Edition tin of biscuits, featuring crowns, glass coaches, tiered wedding cakes, flags, shoes, engagement rings, dresses and cathedrals. I would SO be buying this if I lived in the UK. 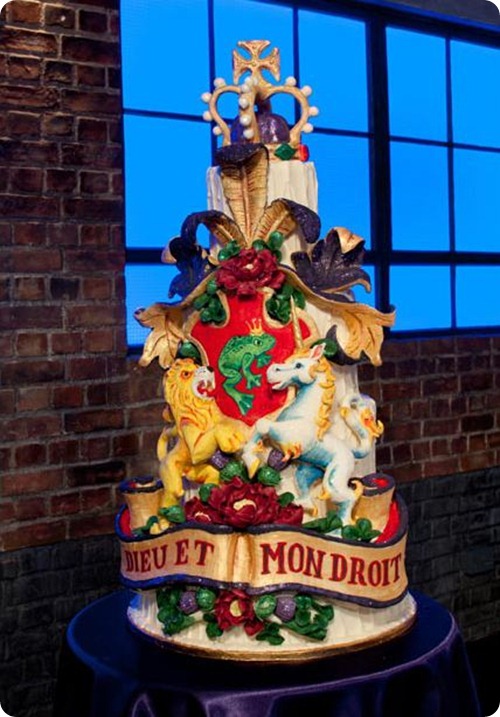 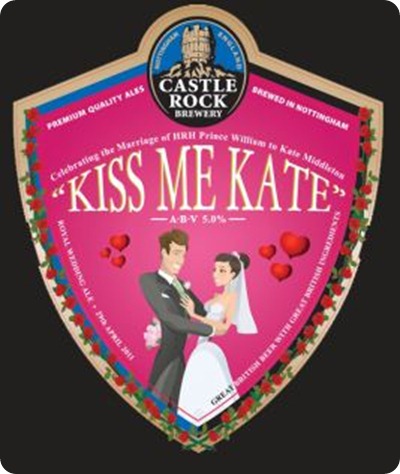 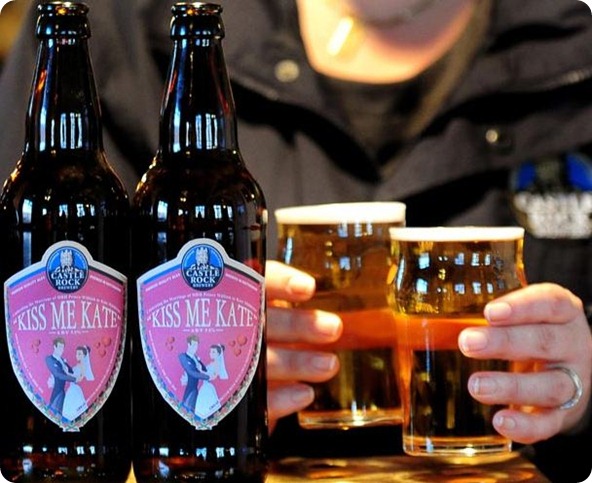 German-based Donkey Products has created a lovely pair of KaTEA and William teabags, showing Kate in her wedding dress wearing an enormous sapphire and wallowing in oodles of cash. 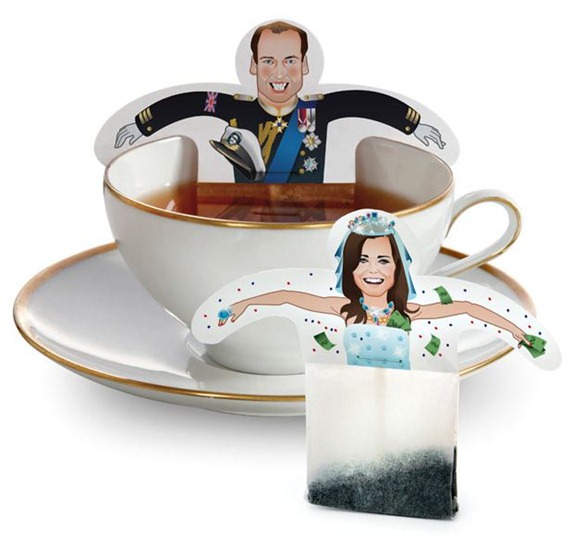 Poor girl has however got some very formidable inlaws to contend with though. 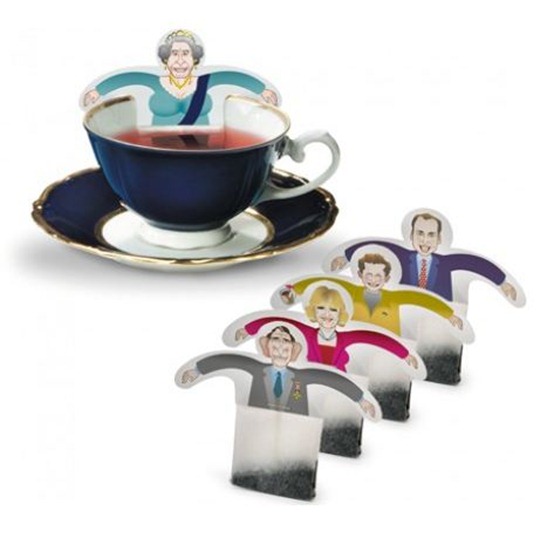 Finally, for those of Stateside who also want wedding cookies then Eleni’s has also created a wedding cookie assortment featuring British icons, tiaras, engagement rings, horses and the bride and groom themselves. 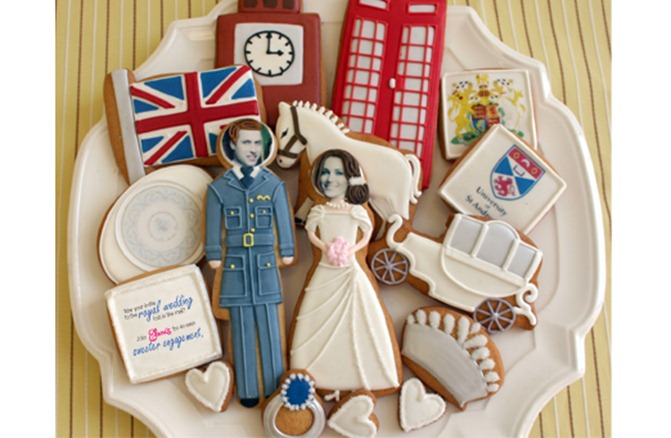 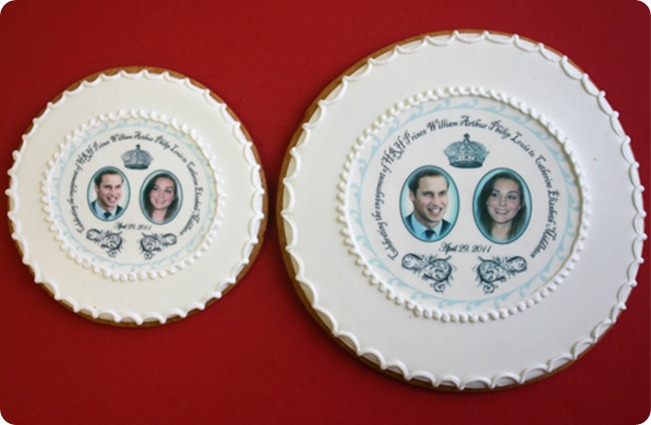 It’s that time of year again, albeit about a month later than last year on account of the cold, wet and generally crappy spring we’ve been having here, but it seems that our enormous cherry tree is about to burst into flower again.

This is dedicated to all of you who don’t have 100 year old cherry trees in your back gardens. 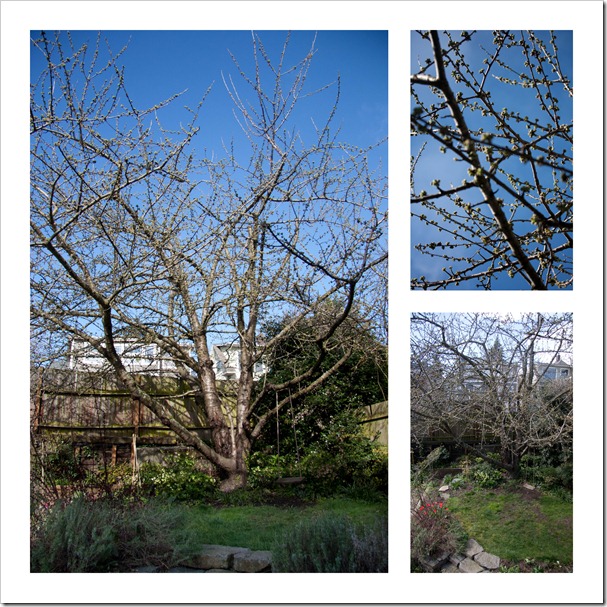 These Sweet View prints by artist Jack Noel are really resonating with me this morning.  Over the last couple of years I’ve been gently researching my family tree on my father’s side and it seems I’m a Londoner as far back as I can trace – at least seven generations to silkweavers in Spitalfields and Bethnal Green; chairmakers and cabinetmakers in Brentford and bookbinders and stationers near the Strand.

This series of prints shows London as it’s lived by Londoner -  not the hackneyed tourist images but ‘views of the crossroads, markets and hidden squares that provide the true backdrop to a life in London”. So far he’s done six of the inner London boroughs, with another six to come later this year. 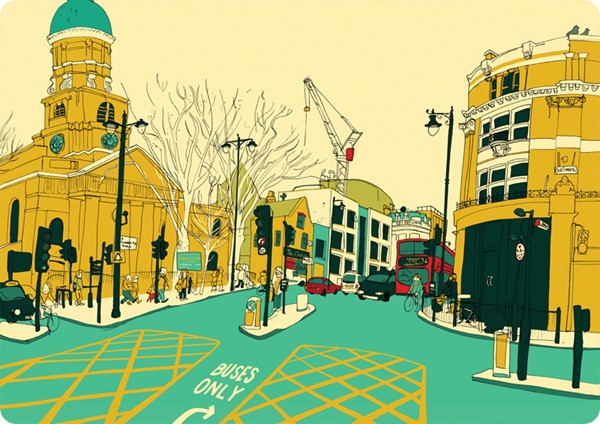 Hackney  The view shows St Leonard’s Church in Shoreditch (the famous ‘Oranges & Lemons’ church) – generations of my family were christened and married here. 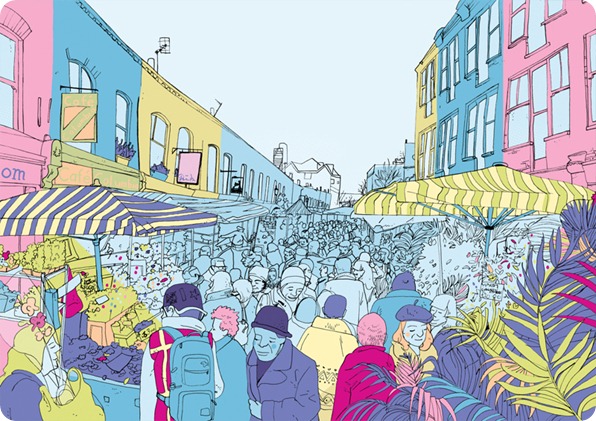 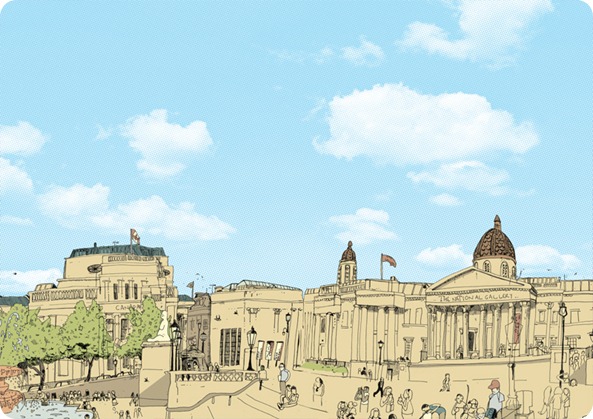 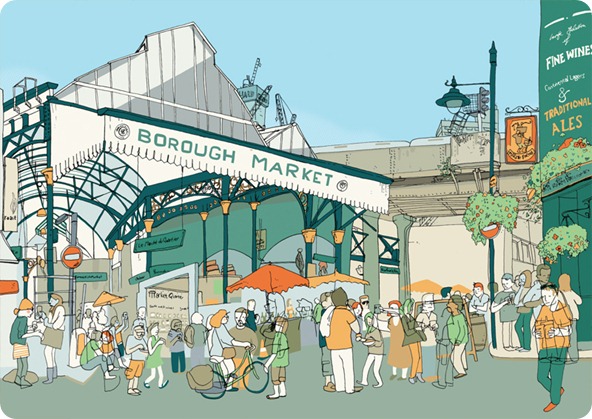 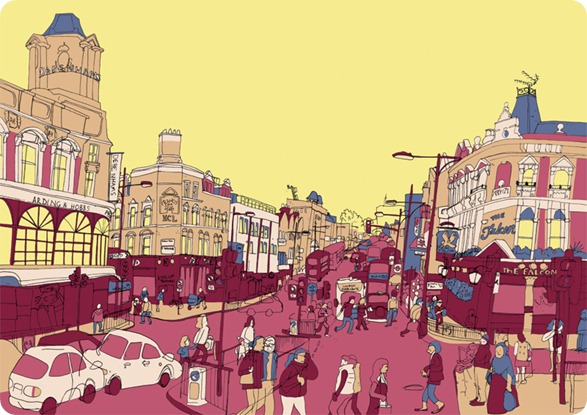 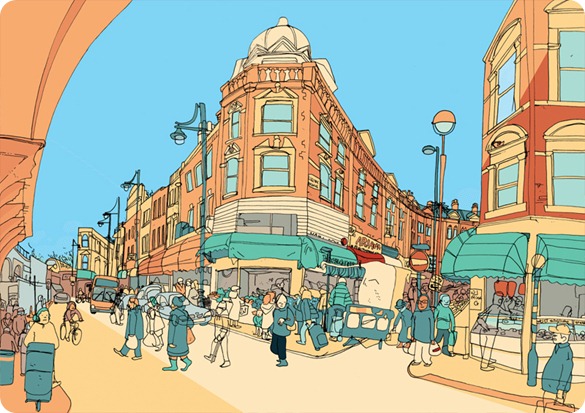 Really hoping he does a view of Notting Hill for Kensington & Chelsea.