I didn’t mean to write any more about the Queen’s Jubilee outfits – I’m sure you’re all Jubileed out by now – but we were discussing  the cloak the Queen wore at Monday night’s concert in the comments below and it sent me down a delightful little Internet rabbit hole, from which I emerge with these pictures.

Here is the Queen on Monday night wearing a very elegant black wool cloak over her sparkling gold cocktail dress. 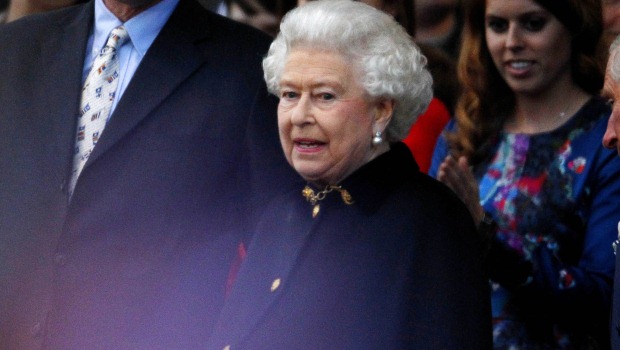 It reminded me of the famous Annigoni portrait of the Queen as a young woman wearing the robes of the Order of the Garter.

Here is the portrait in question with the stark dark blue of the robes throwing all the attention on her delicate pale skin (goodness that woman has a flawless complexion) and the wistful expression on her face. 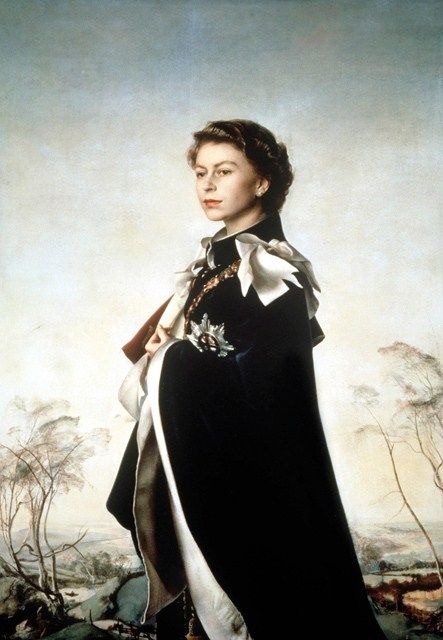 Apparently Annigoni was inspired to paint it this way when he was with the Queen making preparatory sketches for the portrait and she said casually, in French, ‘"You know, when I was a child, I used to spend hours in this room looking out of the windows. I loved watching the people and the cars down there in the Mall. They all seemed so busy. I used to wonder what they were doing and where they were all going, and what they thought about outside the Palace." And as she spoke her face lit up with the exact expression – youthful, almost child-like – which the artist sought.

I then discovered that Cecil Beaton (who had taken her coronation pictures) deliberately tried to recreate the Annigoni magic with this 1968 photographic portrait. He wanted to show the Queen as a person without her jewels, costumes and fancy regalia, and so asked her to wear a simple admiral’s boat cloak, to enormously striking effect.  Recognise the cloak? 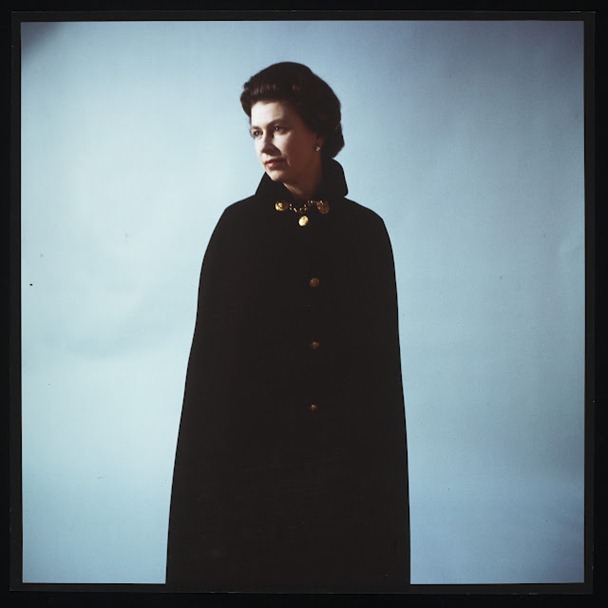 Finally we have a picture from the infamous Annie Leibovitz photo shoot in 2008, where the Queen was apparently in a rather grumpy mood, even if she didn’t in fact storm out as was rumoured at first.

This was the last picture of the day (Leibovitz was only allotted 25 minutes of the Queen’s time – imagine the stress!) and the Queen, after being pictured in various sumptuous evening gowns, pulled on the simple black cloak once again.  The resulting image was then digitally superimposed over a brooding picture of the palace gardens taken the day before.

Yet again it’s enormously arresting, though was famously called ‘vampiric’ by one critic. There are other spectacular photos of the day with the Queen in full rig, but it is in this one, without her tiara, jewellery or furs, where she looks most fearsomely majestic. 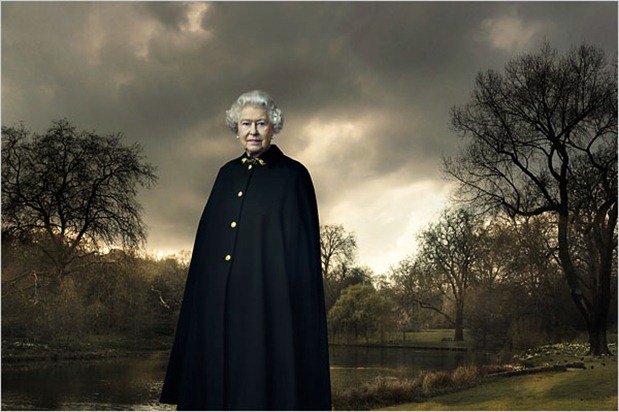 One simple cloak. And one fascinating story. Which portrait do you like best?