Can you believe it’s been three years since we first got our visas for the US?

When we first came out to Seattle we assumed that definitely be back in the UK before our visas ran out. But here we are three years later, happily settled and with no return to Europe in prospect, needing new visas.  You have to leave the country to get them renewed so we’ve driven 150 miles up the freeway to spend a few days in Vancouver.

Here are a few pics from a gorgeous autumnal walk we went on yesterday in Stanley Park. 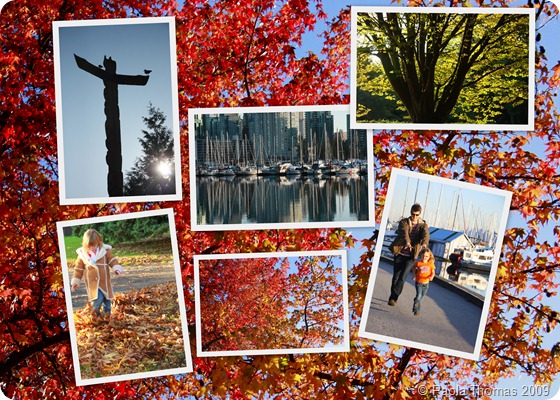 And here are a couple of links which might be of interest until I’m back properly in front of a computer (on Friday).

First up Alexandra from A Bit Late is not impressed with Kelly Wearstler’s beach house. While I don’t think I hate it as much as her previous effort (she appears to have given up raiding the British Museum) I’m not sure it has a huge amount to commend it.  I haven’t yet seen the Metropolitan Home feature though.

Also our friend Marcel Wanders has apparently designed a range of Christmas decorations for Target here in the US.  I had high hopes for these as he’s done good stuff before for Habitat in the UK but really, with the exception of the big red, white and silver column candles which I may have to acquire, he was phoning this in without even bothering to switch on the phone. BO-RING.