I’m starting to think that Pinterest has pushed back the cause of feminism by several hundred years. 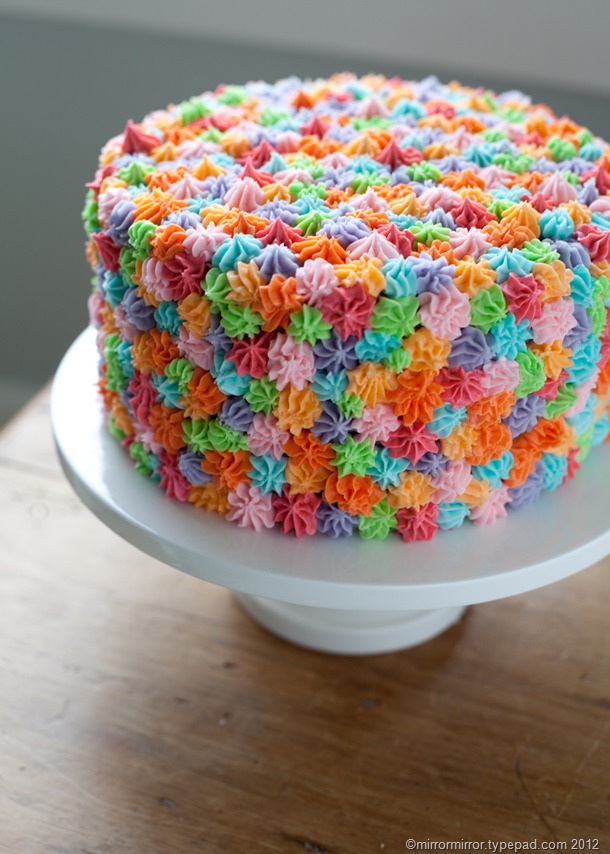 This weekend we were hosting a Eurovision party and since it also happened to be the birthday of one of the Minx’s friends who was attending, I offered to make a quick birthday cake.

And then I went on Pinterest, disappeared down the rabbit hole, and emerged to find several hours had gone by and the kitchen was totally covered with food colouring and buttercream.  This is indeed a very easy frosting idea, but quick it is most certainly not.  It was enormous fun to do though.

The Minx and I got a little carried away with the food colouring and made coloured layers inside the cake, which I think in hindsight was a garishness too far, particularly as they were not quite as subtly pretty as I was hoping  It would have looked better just as plain cake with white buttercream inside.

But then garishness isn’t really a problem when making cake for an eight year old. Please excuse drunken pic below, but you get the idea. 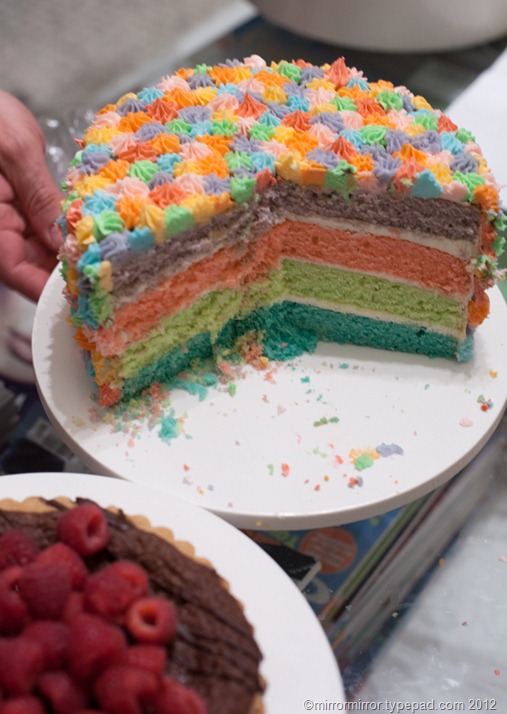 Update: Several people have asked me to provide a bit more information on how I did it. I mixed up a big batch of vanilla buttercream (beat together 2 sticks/220g of  room-temperature butter, 6 cups/640g icing/confectioner’s sugar, plus a little vanilla extract, plus a tablespoon or two of milk until the buttercream is soft and smooth).

Then I divided the buttercream into six and the Minx and I conferred long and hard over which colours to choose. I spread a very thin crumb coat over the sides to even them up and then used a #21 tip to pipe little rosettes onto the cake, making sure that I didn’t pipe the same colour in adjacent spots.  And then kept going and going and GOING until every bit of the cake was covered.

Further Update: Thanks to the comments below, I’ve been able to track down the original source of the idea at I Am Baker. Thanks for pointing it out. The original pin I found was ‘uploaded by user’ and no source was indicated, so I’m glad to finally be able to credit the right person.