Funnily enough, given that I was brought up by, and learned to cook from, an Italian woman and cook in a very Italian way myself, I have found myself being a bit of an unofficial ambassador for British food here in Seattle, where it’s as much maligned as it is everywhere else on the planet.

I tend to make classic British dishes for potlucks and gatherings (people are so surprised that British food can actually taste good) and really want the Minx to grow up understanding her culinary heritage in the land of mac ‘n’ cheese and pumpkin pie.

New Zealander Joel Penkman moved to the UK and started painting beautifully detailed portraits of classic British foodstuffs which make me want to weep with nostalgia.

Every British kid grew up on these biscuits. 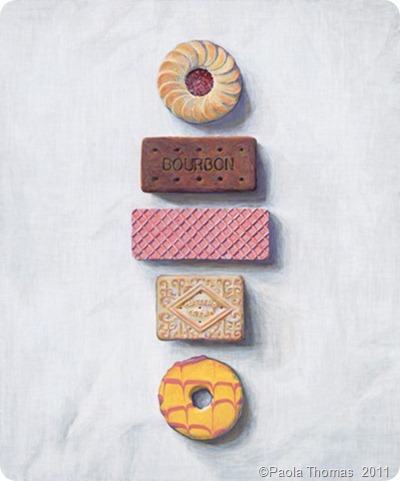 No trip to the seaside was complete without a stick of rock to take home. 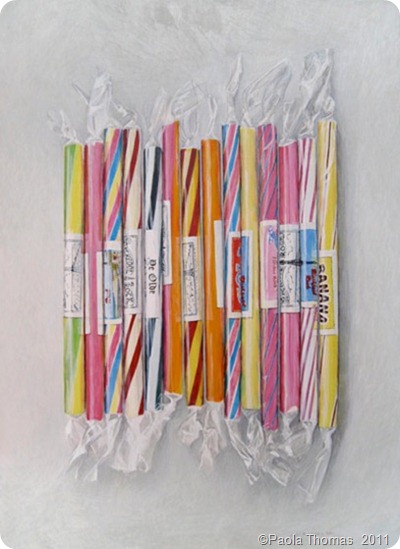 My favourite ice lolly.  At least until they invented Magnums. 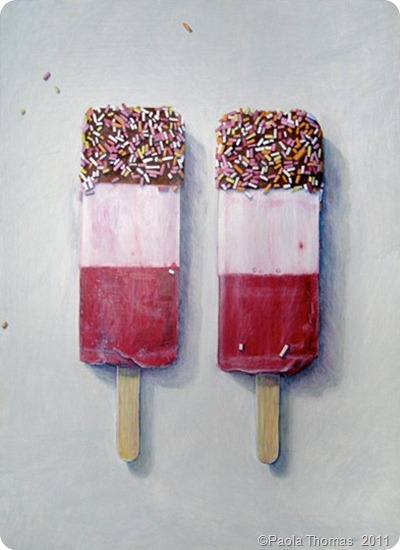 No kid’s birthday party was complete without Fondant Fancies, though my mum had enough of a fear of food colouring that we never had them at home. 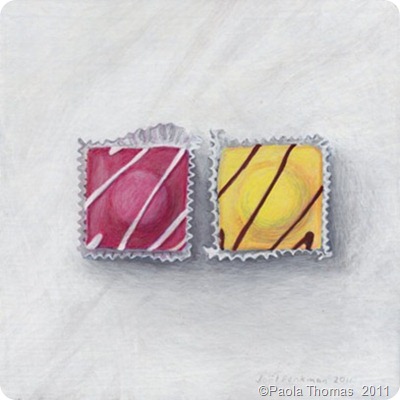 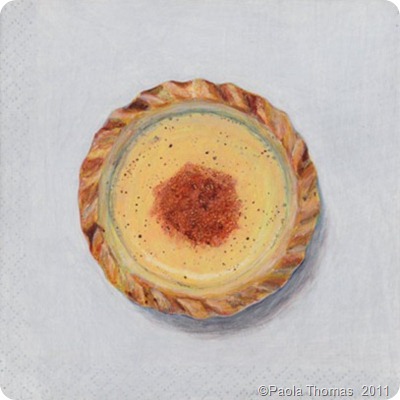 And pork pie. One of the top five things I miss most about the UK here in Seattle. I think I would cry if I had this picture on my kitchen wall. 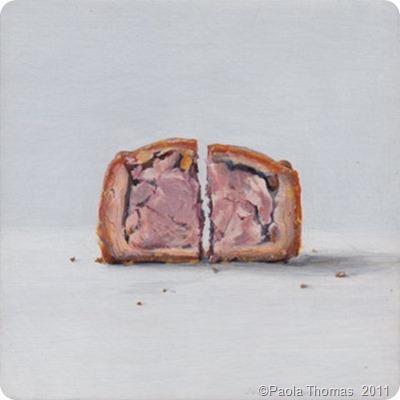