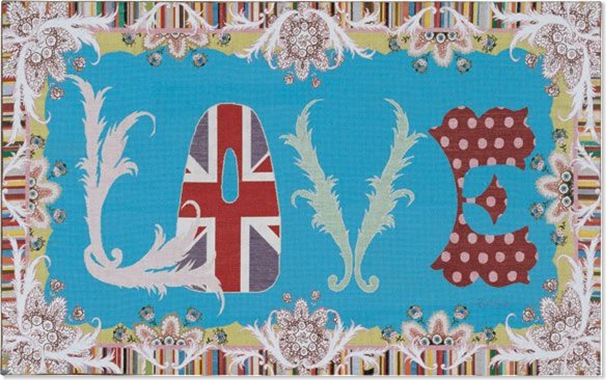 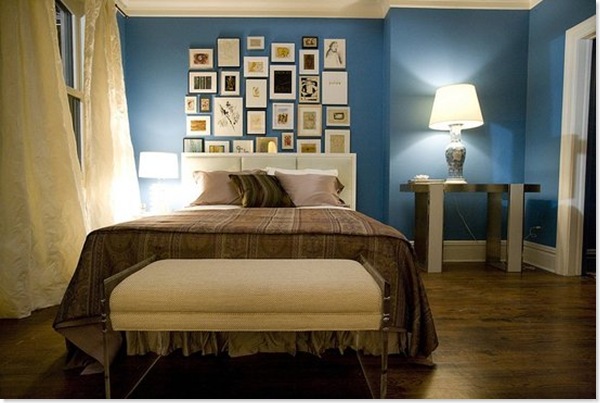 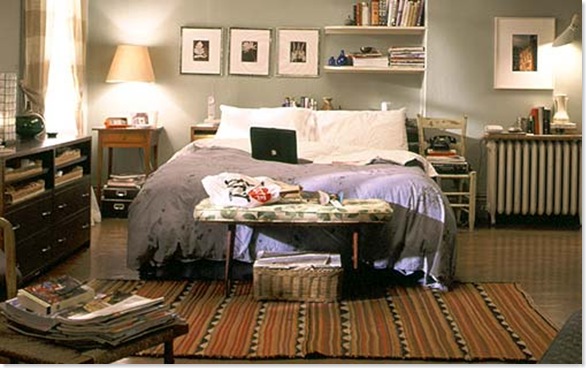 Big kudos to the Rug Company – one of my favourite UK design companies – for providing the rugs.  Such a good way of building up their profile in the US.  A big thumbs up from me for the purple one they’ve used here, which is the Overleaf by Marni. However I don’t think it really goes with either with the bedspread or with the little chintzy floral couches.  I’m all for mixing patterns – and on their own the couches are lovely –  but these patterns don’t have any relationship to each other at all, and if you’re mixing patterns I think there needs to be some sort of unifying thread (and throwing in a blue ikat pillow doesn’t really help matters). 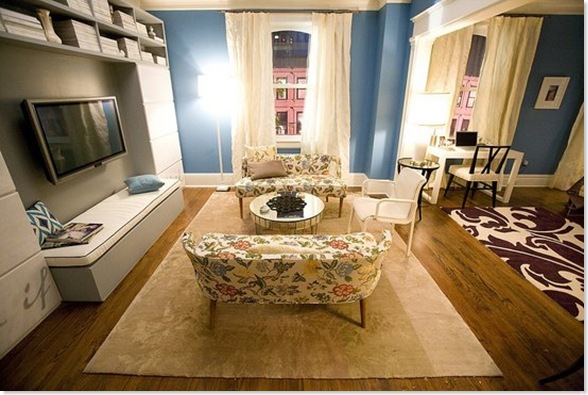 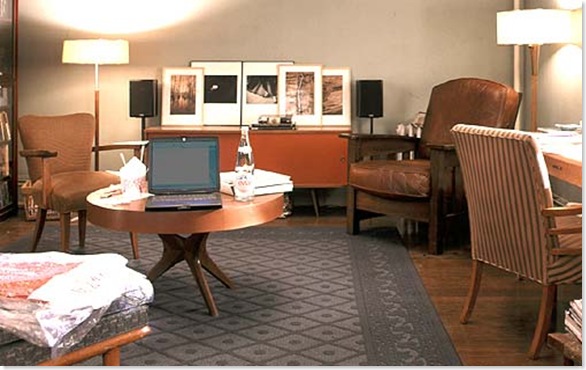