Those of you who’ve spent a long time around these parts will remember that when we moved into our house the living room was painted a rather gaudy egg yolk yellow (with a bright red fireplace, but that’s another story) that turns into a rather nasty mustard-y colour in the evenings under electric light. 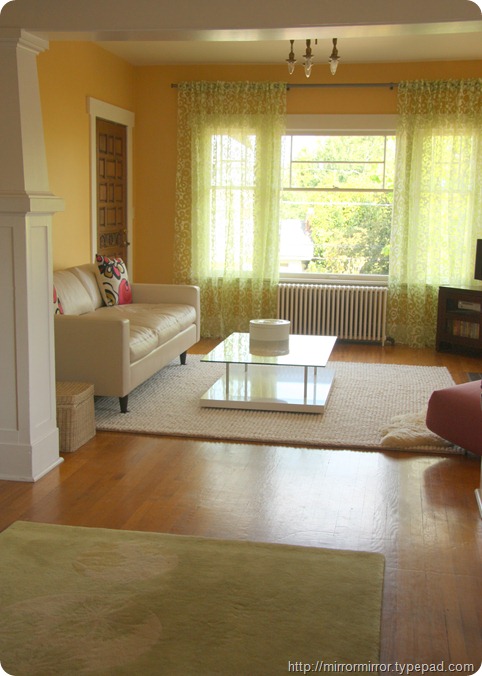 For the past three years I have been agonizing about what colour to paint instead. You may remember that I’ve considered every permutation of pink and green but couldn’t find anything that worked.

A big problem is that we’re contending with three very different sorts of light – bright, bright sunlight throughout the summer (the room faces southeast and has windows on two sides); the sort of grey murky gloom that only Seattle can produce the rest of the time and yellow tungsten light in the evenings.

I finally got to thinking that maybe yellow was actually the way to go, just not that egg yolk-y yellow. So I looked for a yellow the colour of lemongrass, just on the cusp between yellow and green.

And we came up with Benjamin Moore’s Cypress Grove – which is a cool lactic yellow, the colour of unsalted butter, in the tin 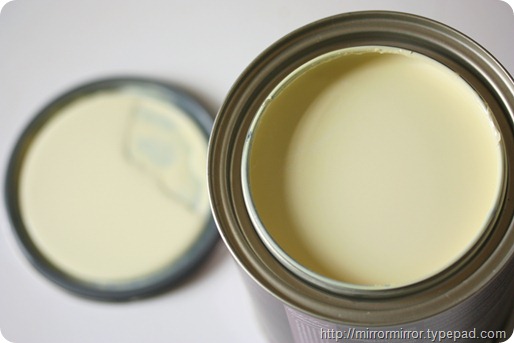 but ends up having a distinct greenish tinge on the wall. 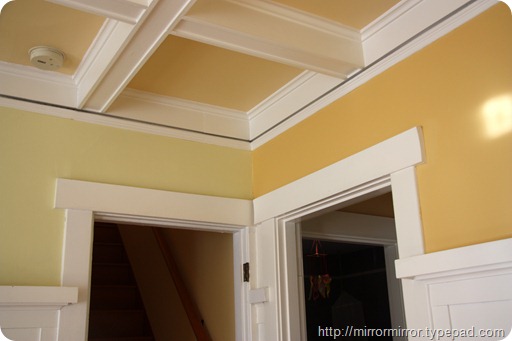 The green looks particularly pronounced in the soft grey light Seattle does so well. 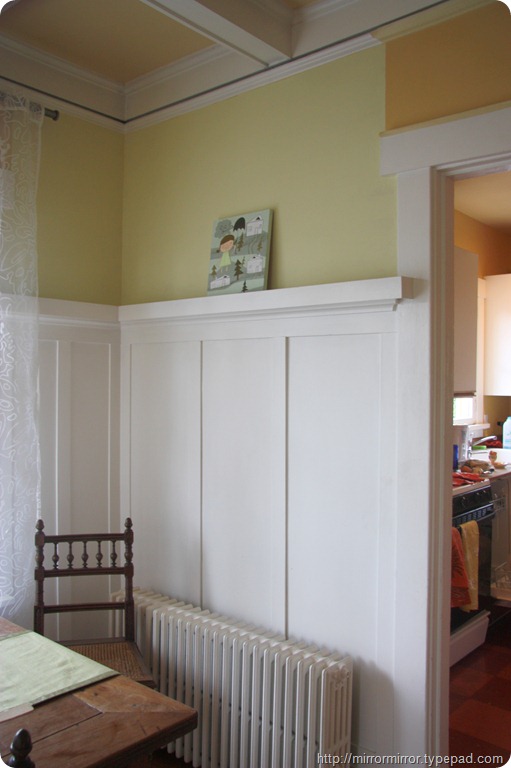 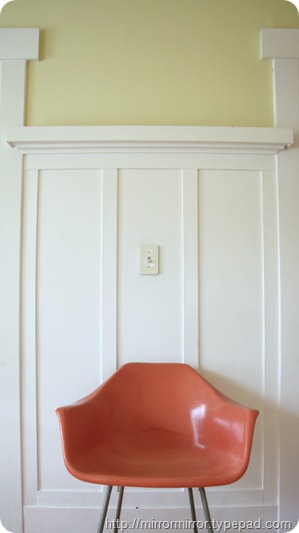 And it looks sophisticated and interesting in tungsten light 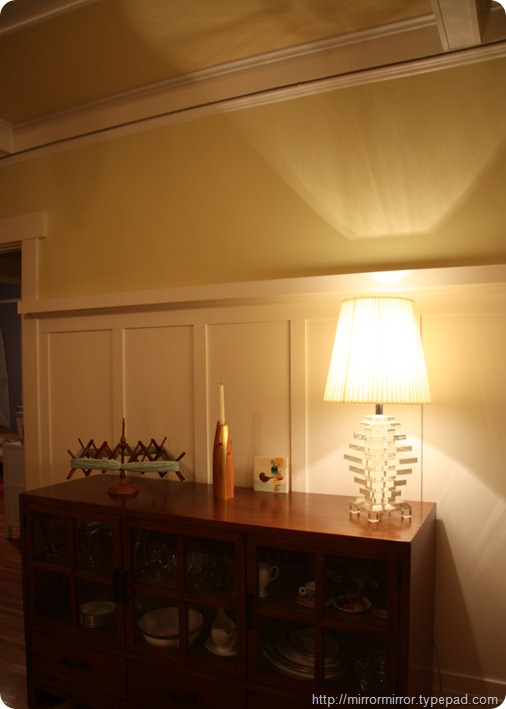 And not too overwhelming in bright sunlight. 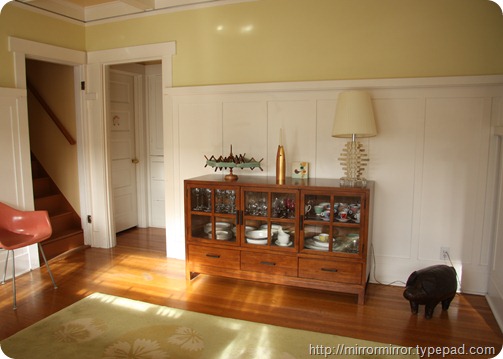 What do you think?  The Husband loves it but I’m not 100% convinced, though I can’t quite put my finger on why.  It seems a little too wishy-washy for me, though I have absolutely no idea what I’d replace it with.

I’m going to keep going with it for the moment as at least it’s hugely much better than what was there before. And it’s difficult to tell as the ceiling is now all wrong and needs to be painted urgently and I think the white of the woodwork is too bright a white. 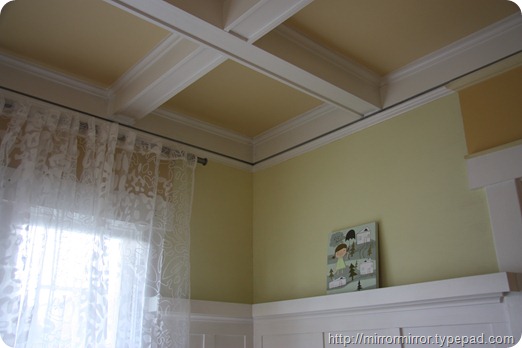 Anyway, questions for you

– What do you think?

– And would you take that same colour into the seating area or paint the walls there some sort of white? 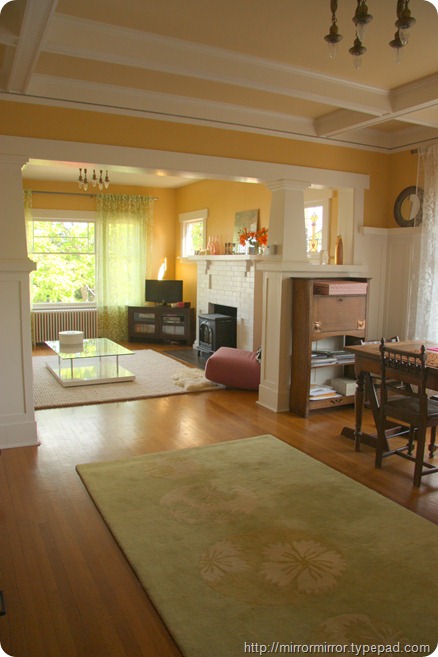 All About Me – New Dwell Bedding