Once upon a time some people bought a house in Seattle.  And it was mostly a very nice house, if you ignored the fact that it had been painted by colour-blind people.

The living room, for example, was painted bright egg-yolk yellow accented with a pillarbox red fireplace. 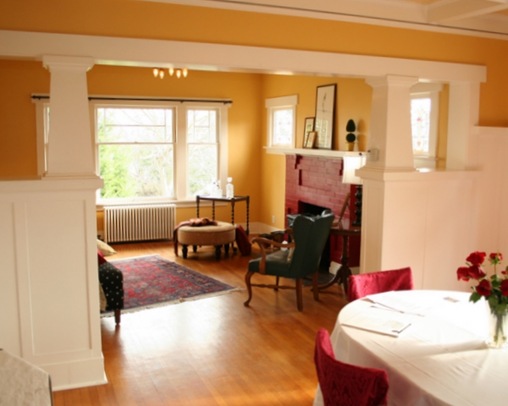 The woman who bought the house really wanted to do something about the fireplace as soon as they moved in, so she set up a poll on her blog asking whether she should just paint it white or strip back the paint.

Despite 49% of her readers telling her to paint it white, she decided to strip back the bricks to see what was underneath using a fabulous paint stripper made from soybeans. 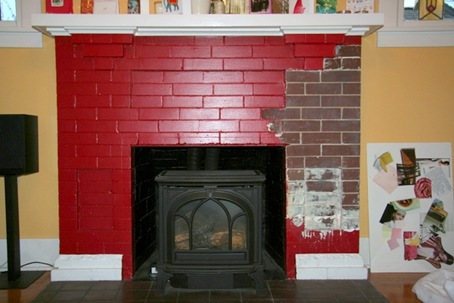 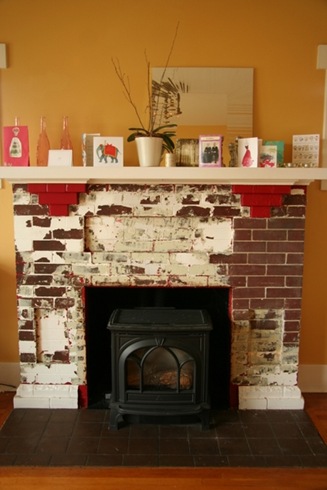 and it stayed that way for a very long time because removing the paint was really quite time consuming and tedious.

And then a friend announced that she would be coming for a visit and the owners of the fireplace decided that it really should be finished before she came.

So they set to work with a vengeance and got it looking like this with just one week to go before adding the final touches. 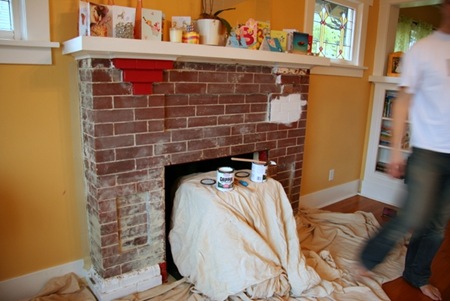 And finally the fireplace was finished. 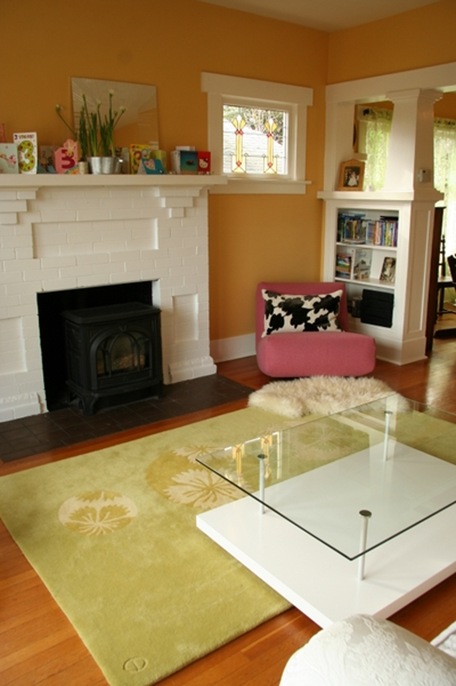 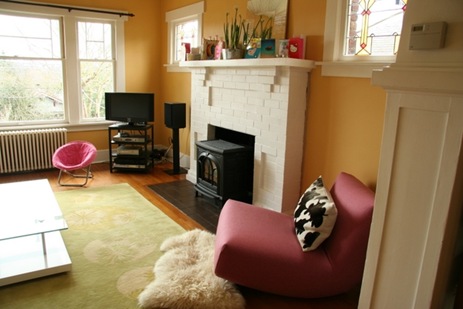 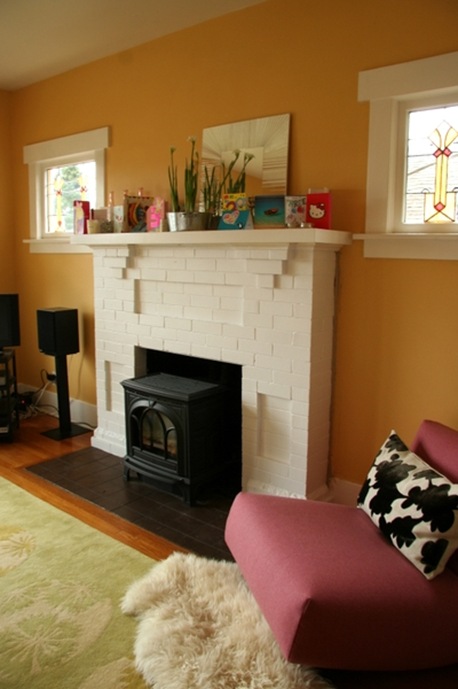 Yes, after all the anguish and elbow grease we decided to paint it white after all, and are delighted with the result. I’m wishing we hadn’t spent quite so much time and effort coming to this conclusion though, and  I promise I will never, ever ignore you guys ever again.

There’s still much to be done, but finally I’m really starting to like this room. We’ll be talking paint colours next week.