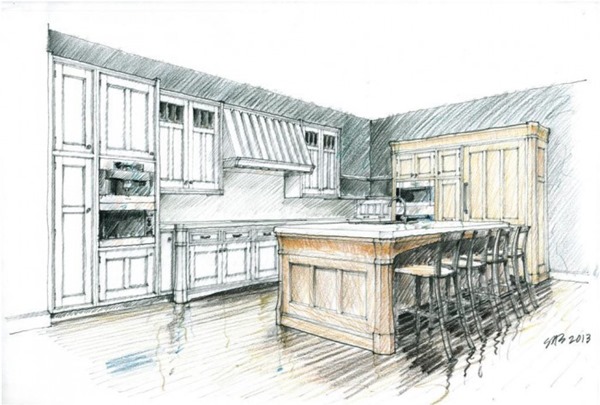 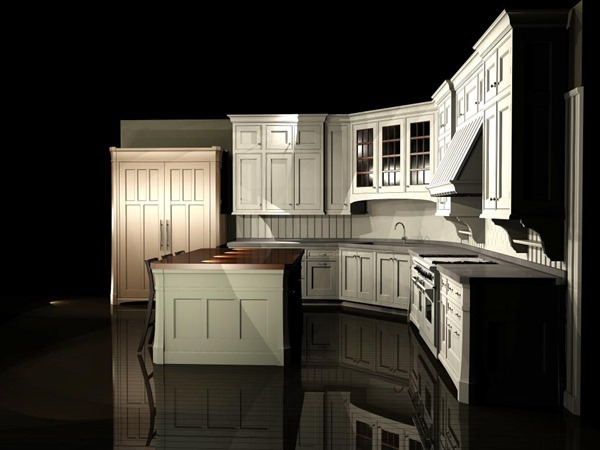 It was a little after lunch during a long day at the Architectural Design Show on #BlogTourNYC and I thought a sponsor presentation about kitchen cabinets might be the perfect opportunity for a small snooze (don’t tell Veronika).

But one of the great things about #BlogTourNYC was the opportunity they gave us to meet with and learn from so many inspiring and creative people. Rutt Cabinetry are makers of stunning high-end handbuilt kitchen cabinets and they had brought in designer Scott Stultz to design their first new offering in over a decade. 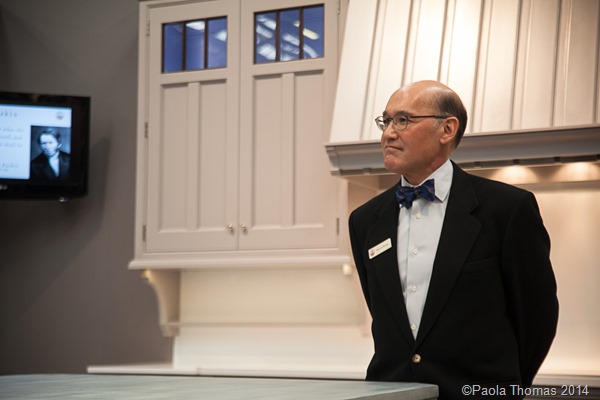 Scott himself gave us a fascinating presentation into his creative process and woke me up thoroughly when he mentioned how influenced he had been throughout his life by John Ruskin.

For those who are unaware of him John Ruskin was a British art patron, art critic, social reformer, philanthropist, polymath and all round good egg in the latter half of the Victorian era.

Among his many achievements, he championed Turner and Gothic architecture, wrote seminal works of art history and criticism, influenced the pre-Raphaelites and is considered to be the grandfather of the Arts & Crafts movement in the UK, with ideas about sustainability and environmentalism which were astonishingly forward-thinking.

If you’re in any way involved in the arts and design in Britain, his influence remains pervasive to this day – I heard a lot of talk of him in design circles in the UK –  but this was the first time I’d heard his name mentioned in America. 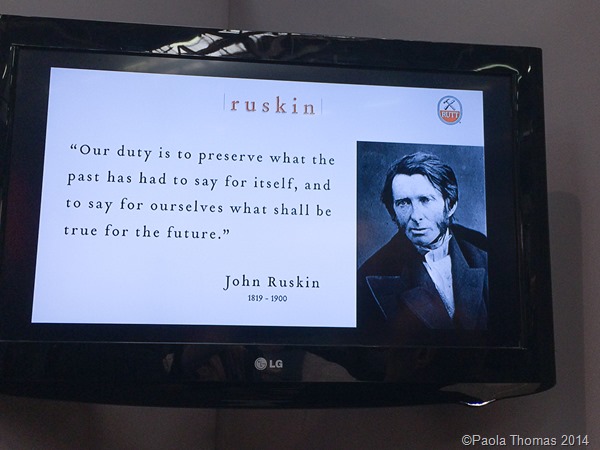 Scott described how he had used Ruskin’s principles to create furniture that was timeless in its appeal, speaks to both our visceral need for comfort, and our intellectual need for order and proportion, but which was also has an element of adventure. 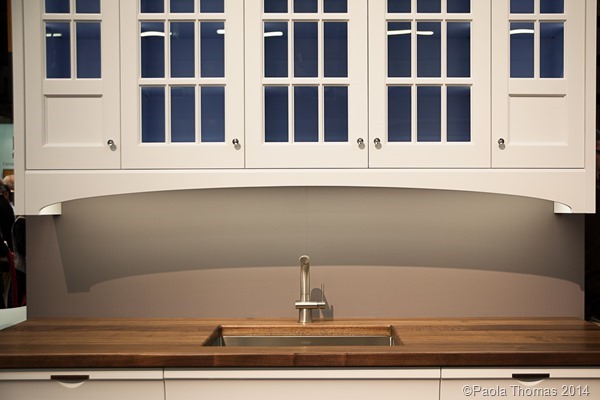 This plain detailing on these overhead cabinets fits in well with contemporary styles (and would look AWESOME in our Craftsman house #hinthint), but also harks back to the similar detailing of Arts & Crafts furniture. Scott explained that he had chosen the beautiful semi-elliptical curves of the mouldings to break up the orderliness of the windows and panels and bring in that sense of risk, like an ‘animal waiting to pounce’.

As an aside here is my little Arts & Crafts oak bureau in our Craftsman house with its own semi-elliptical moulding. Fascinating to see that it would fit right into this kitchen. 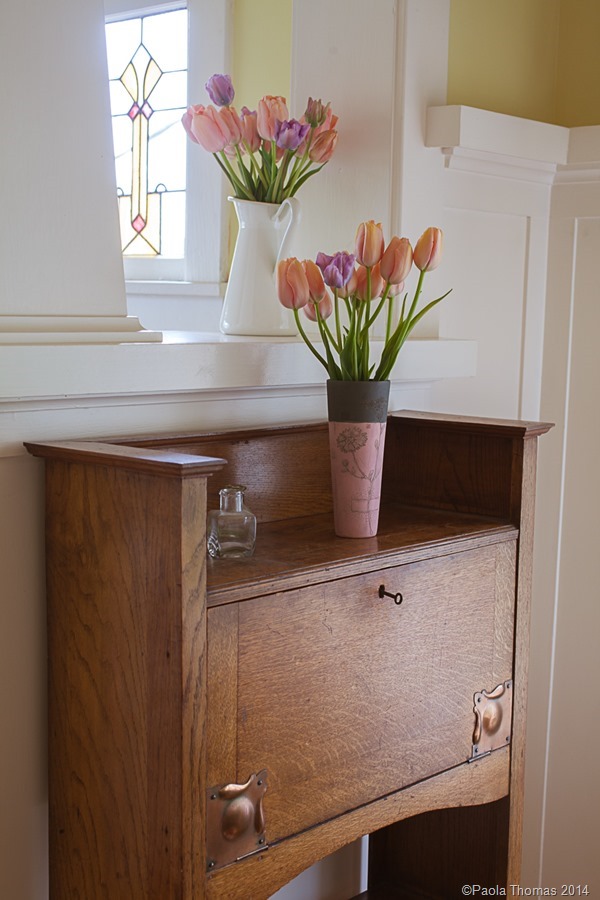 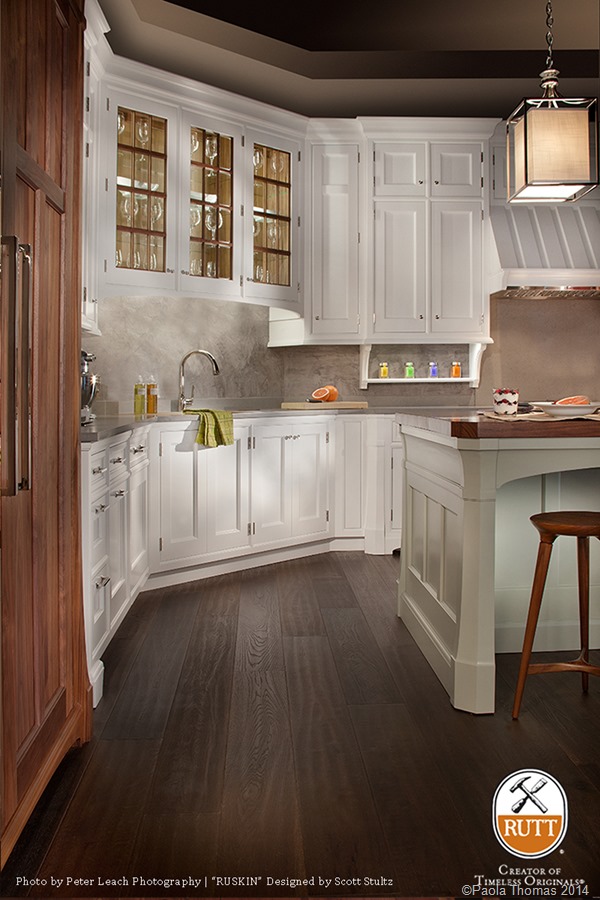 The Ruskin series has various options for cornices and mouldings  and, as is entirely right and proper when John Ruskin is your influence, the craftsmanship and attention to detail is sublime. 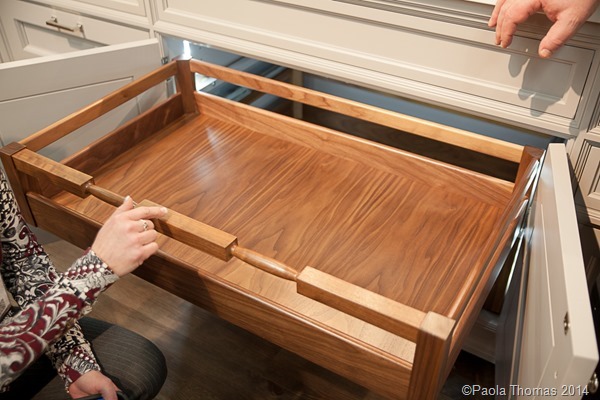 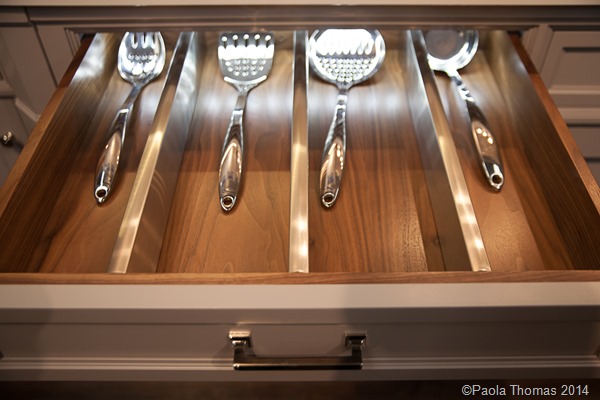 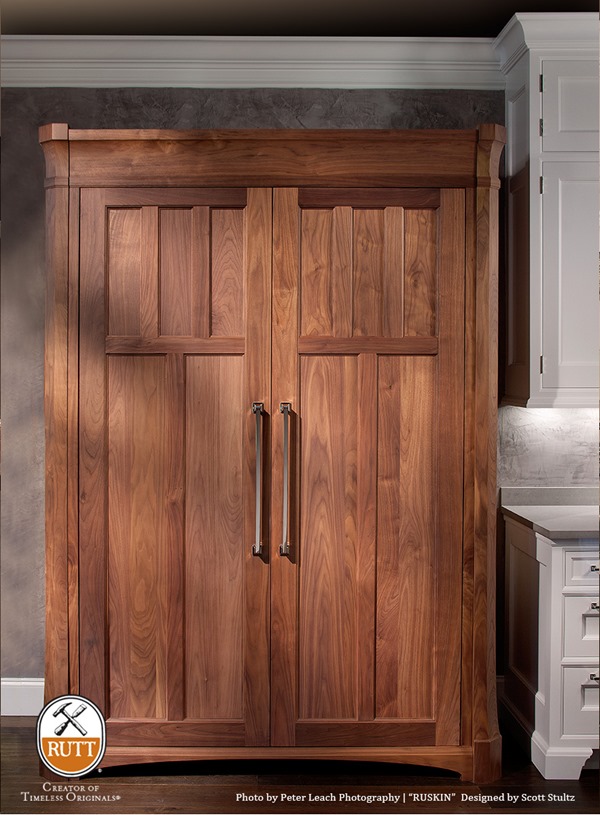 Scott explained how he had thought about the proportions and kept the vertical elements of the panelling thin and light, so that the eye travels upwards (in the same way as you see in Gothic architecture) making the whole feel much lighter and airier, despite the solidity of its construction. 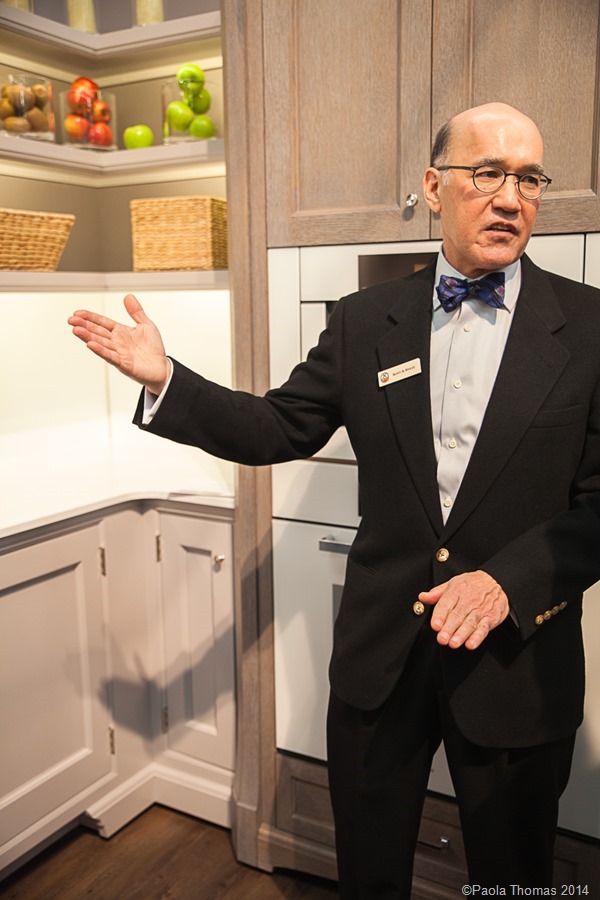 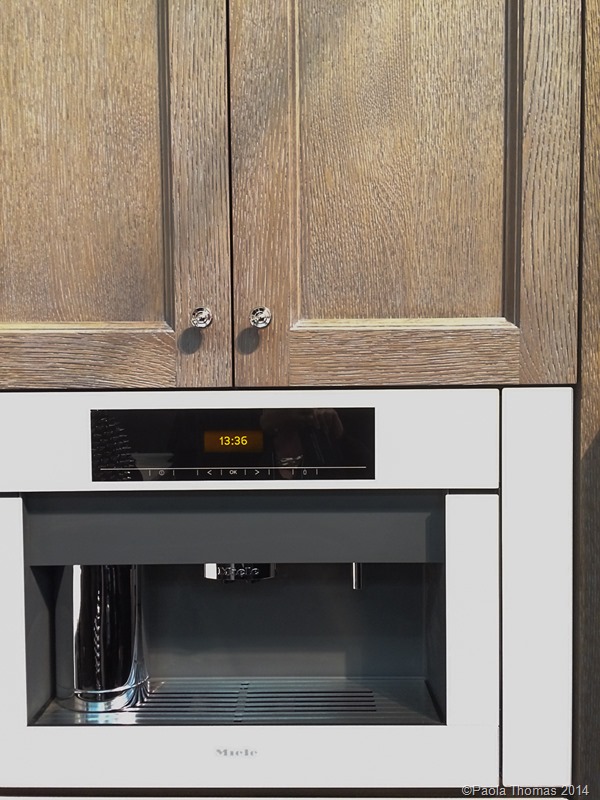 The attention to detail has extended to the door pulls, appliances and  finishes. Rutt had collaborated with MIele to show how well the layers of Miele’s Brilliant White finish (laminate under thick glass) complemented the texture of the Keswick Oak finish giving it a contemporary appeal.

The video below shows Scott describing the various finishes designed for the collection and named after Lake District landmarks which were important in Ruskin’s life.

I may have been sitting in a huge hangar in the New York City, but this English girl felt right at home. And I think John Ruskin would have liked it too.

The Launch of DXV, Or 150 Years of Design History in Cocktails
< Panna Cotta with Candied Kumquats from Peasant NYC
Weekend Link Love >