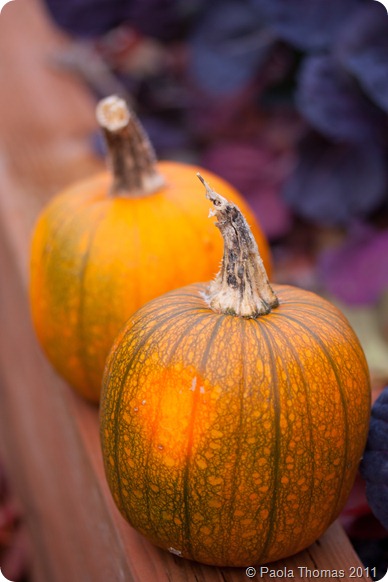 Our baby pumpkins ripening in the sunshine (about two weeks ago)

It’s been absolutely pissing it down in Seattle today, so it was a pleasure to flick through my summer photos and find some that I had been meaning to share back then, but never got round to. 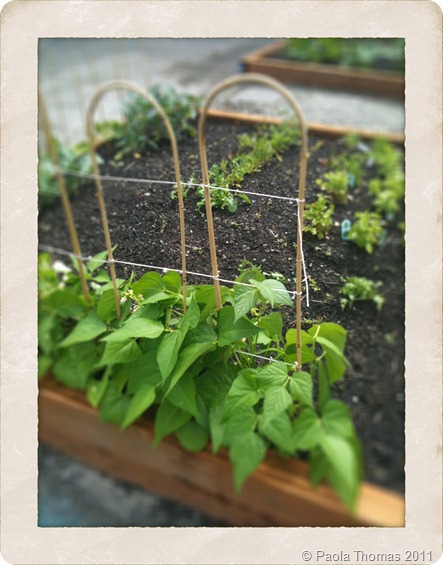 This summer we finally had some fabulous raised beds built next to the sidewalk/pavement in front of our house so we could grow our own vegetables. 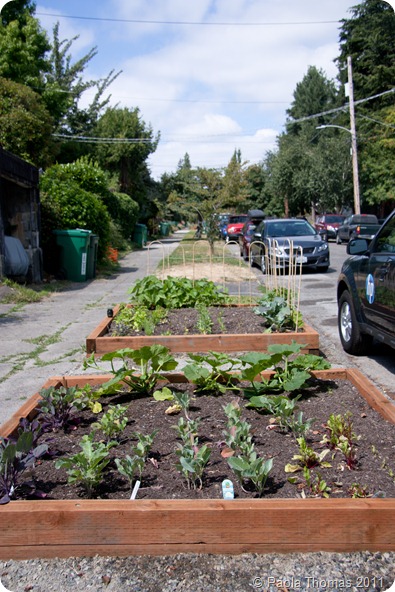 In the US homeowners are responsible for the street area in front of their homes (in the UK this is the responsibility of the local council) which has led to a great trend of street-level vegetable gardens, especially in my neighbourhood where the front gardens are often steeply sloping.

Our garden met with mixed success, mostly because it wasn’t built until the end of June, so we sowed our seeds really late, though we did manage great crops of French and borlotti beans, quite a lot of salad and herbs and a few sprigs of broccoli.

The Minx enjoyed helping out and the cats thought we’d built an extra specially huge giganto litter box, so the they were a great hit with the whole family. 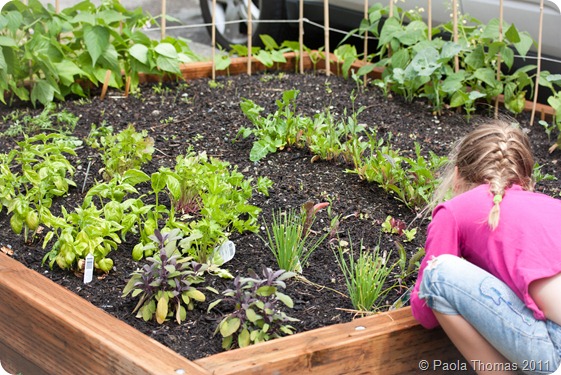 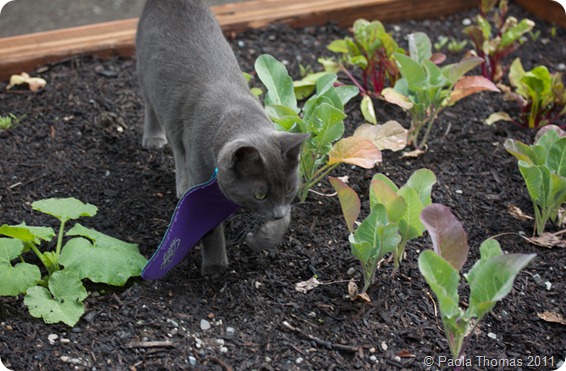 Harriet models her ‘cat bib’ (www.catgoods.com) which is meant to stop her catching birds. And it works!

The Minx was desperate to grow pumpkins, so we dedicated half of one bed to her ‘pumpkin patch’. Again the late planting and cold summer was not a recipe for success but we ended up with two small pumpkins (another one was stolen out of the garden on Halloween, would you believe?) which we have been desperately trying to ripen in time to make pumpkin pie for Thanksgiving. 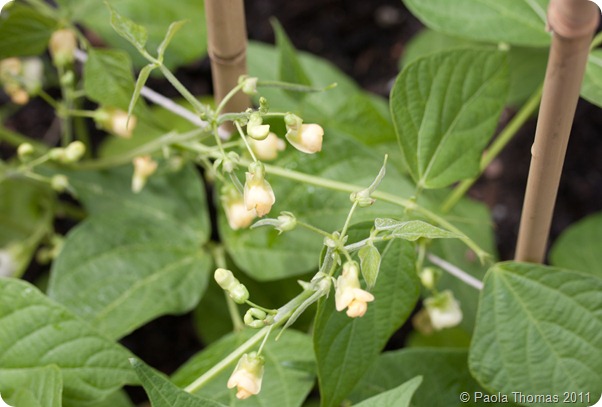 So the pumpkins have finally ripened and I’ve signed up to make pumpkin pie with them for Thanksgiving, which is a bit scary as I’ve never made pumpkin pie before (or even eaten them much). Hit me with your best recipes, secrets and tips for a great pumpkin pie. PLEASE.