Does that title send shivers down your spine?

Given that Ines de la Fressange is the person I’d most like to be when I grow up, and Provence is the place in the world that I’d most to live (yeah, how original am I ), and her apartment in Paris has already been given the coveted mirrormirror seal of approval,  I can’t express how excited I was to see that my Elle Décor international edition was featuring Ines’ house in Provence. 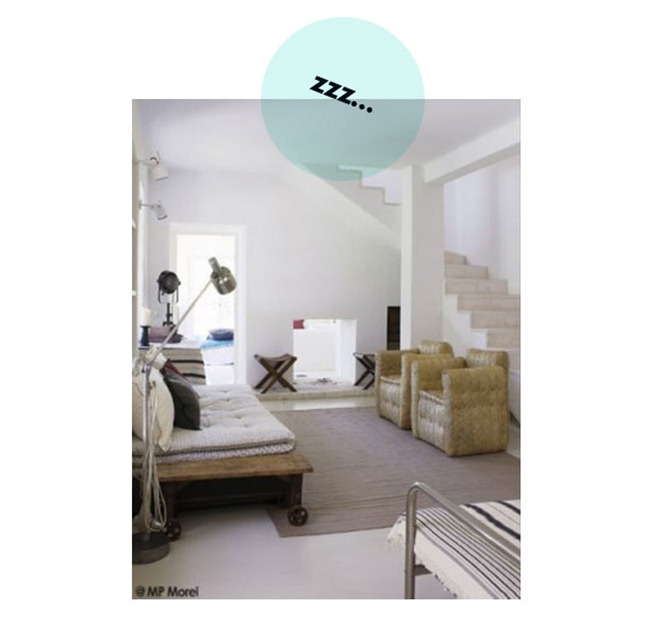 Until that is I actually opened the magazine. Was this cold, spare, almost industrial, snoozefest of a space REALLY the home of the most stylish woman on the planet?  Or has my beloved Ines been kidnapped by space aliens and replaced by some sort of robot? 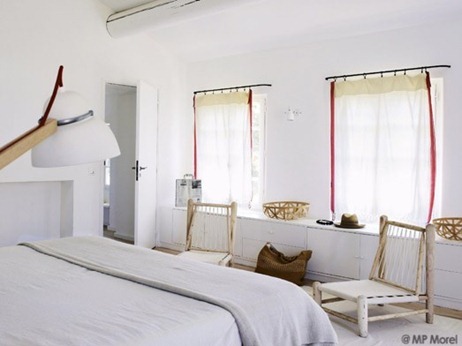 My first issue is with all the white.  I spent one of the happiest years of my life living in the South of France and the light there is warm and golden and oozes like butter, made for the sunset colours of painted plaster, terracotta tiles and warm, rich woods.  This harsh, clinical whiteness might work in Scandinavia, or Britain, or even Paris, but it doesn’t begin to say Provence to me. 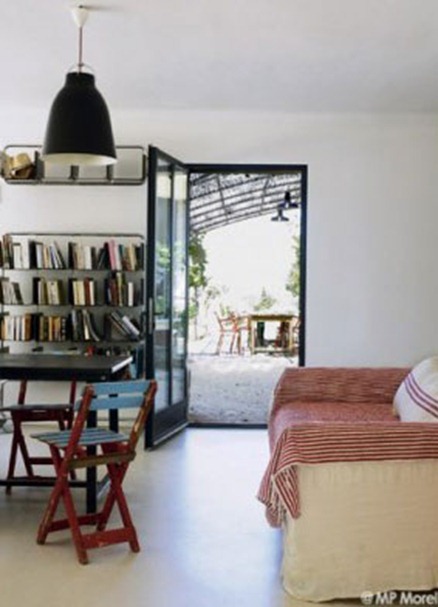 And then there are the chairs.  Is it me, or does every single chair with the exception of the daybed look supremely uncomfortable? Either the sort of chair you have to perch on or a somewhat creaky flea market sofa with the sort of smelly upholstery you have to cover with a throw? 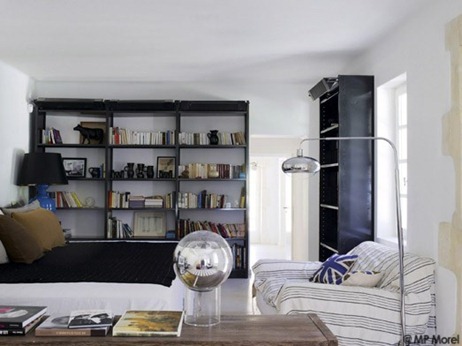 I could almost cope with the white if it had been enlivened by some brilliantly contrasting colours, but black?  I think black is quite difficult to live with at the best of times, but the black and white, with the stiff metallic lamps and stark, shiny floors, just seems cold, uncomfortable and unfriendly in Provence.  And I can’t even begin to explain how many sorts of wrong the depressingly coloured Union Jack cushion is. 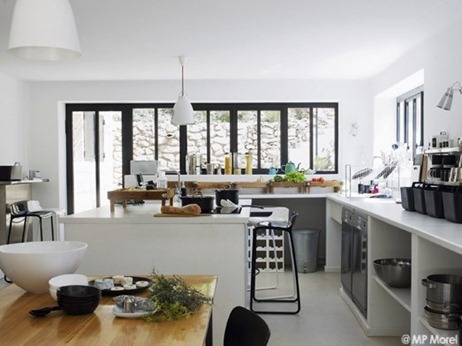 The kitchen is by far the best room in the house and shows what might have been if more colour had been included.  But it still all seems rather brutal to me. 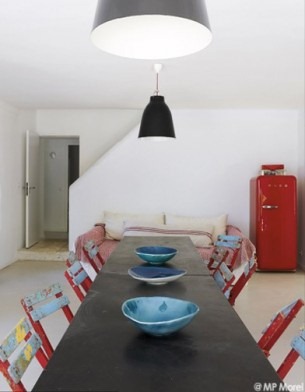 But what do you guys think?  Is this house fugly or not? As usual tell us how you reached your decision in the comments.

I was astonished to find out that an amazing 74% of you agreed with me about Diane von Furstenburg’s Manhattan penthouse. I do hope you’re not just sucking up.

Fancy Hotel of the Week – L’Auberge Del Mar
< That Was The Week That Was
Things I Am Loving: Freshly Picked Desk Accessories >