Or why I *heart* Air Canada (and yes, Canadian readers, I have been told this is a controversial opinion). 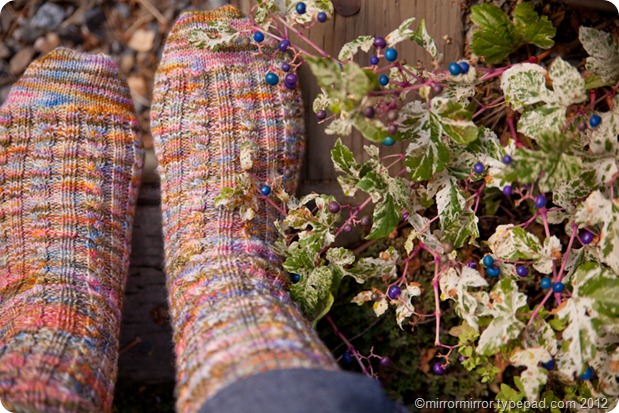 Our flight back from the UK to Vancouver this summer was an eventful one, as we were returning on Air Canada flight chock-full of Canadian medal winners.  I spent most the flight working on a pair of socks. I had started these socks back in Del Mar for Spring Break and had knitted the whole of the first sock and and was about three-quarters of the way through the second, representing hours and hours and HOURS of work. Towards the end of the flight, exhausted, I packed my knitting into its Ziploc bag and tucked into the seatback pocket in front of me (you can see where this is going can’t you?).  AT the end of the flight we headed off into the maelstrom of an airport waiting to greet its returning Olympians and I didn’t give my socks another thought. 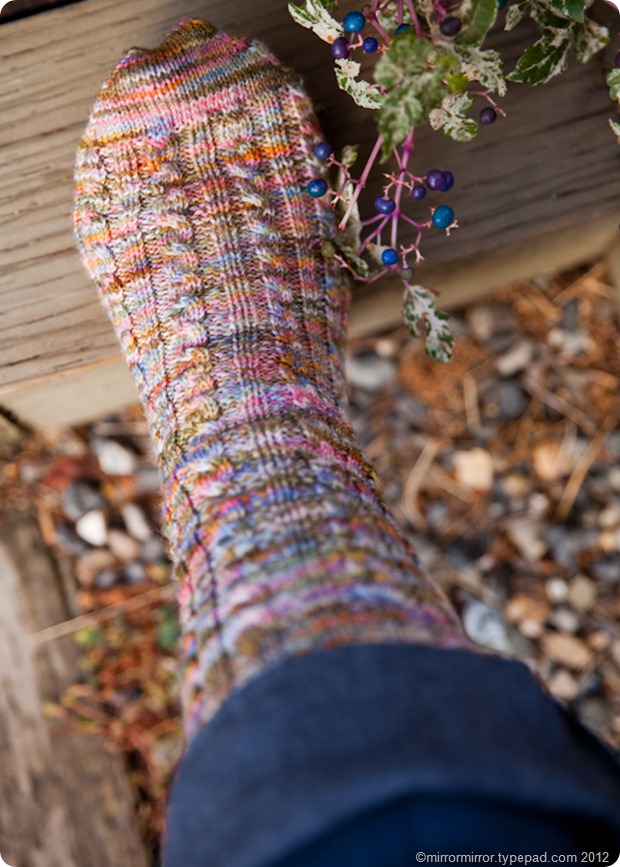 Of course, when we got home and I started to unpack, my knitting was nowhere to be found.  I called Air Canada in a panic and spoke to a very friendly person in India who took all my details, but didn’t seem to have access to any lost and found information. I was told that lost items would be cleared from the plane and then sent to a central lost property facility and I would be informed if they turned up.

I have to admit to feeling disproportionately grumpy about the whole thing.  It’s at times like this that you realise how much handmade things really mean; how very fond I had grown of my hippy clown barf socks made from one of a kind yarn; how certain I was that I could never be bothered to re-knit them; and how much of my time and myself I had invested in them. 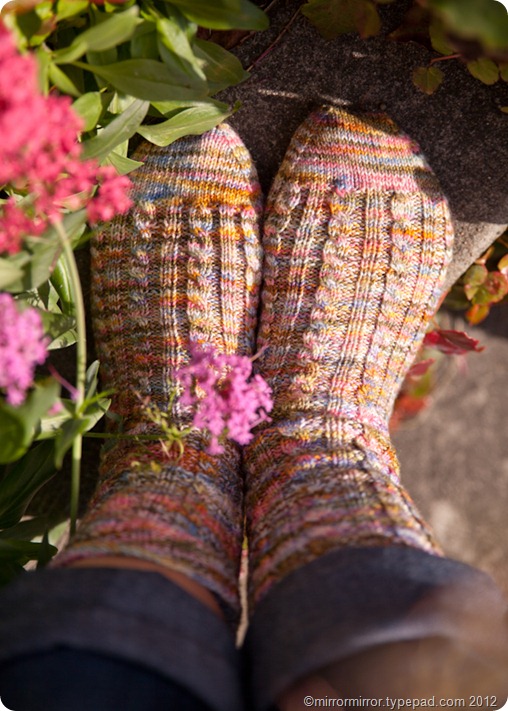 Three weeks went by with no info, so I called again, spoke to another friendly person in India who had no access to specific details and was told that it was still possible the socks were making their way through the system.  But by this stage I had sort of given up.

And then, about three weeks after that, a small package was left on my porch, with small Air Canada label on it.  Could it really be?  With my heart thumping I opened the package and there were my socks, returned to me courtesy Air Canada’s Central Baggage Office in Montreal.  I tell you the Prodigal Son’s father wasn’t half as pleased to see him as I was to see them.

Here are my cuties in all their finished glory.

The yarn, Mansfield Garden Party by Madeline Tosh, is extraordinary. It changes colour every few centimetres through moss greens, sky blues, pastel pinks and lilacs and mustardy yellows and browns – yes, just like a garden in full bloom- and doesn’t pool excessively into huge splodges of colour. I used Cookie A’s BFF pattern which I thought worked fabulously with the yarn.  It was interesting to knit , mixed up the yarn even more and was not overpowered by the variegated colour.

Goodness I love these guys. And how I LOVE Air Canada.

A friend was saying that a similar thing happened to her and now she always tucks a business card into her knitting bag.  Why didn’t I think of that?

As a special bonus here are some pics the Canadian Olympians returning home.  That was crazy fun. 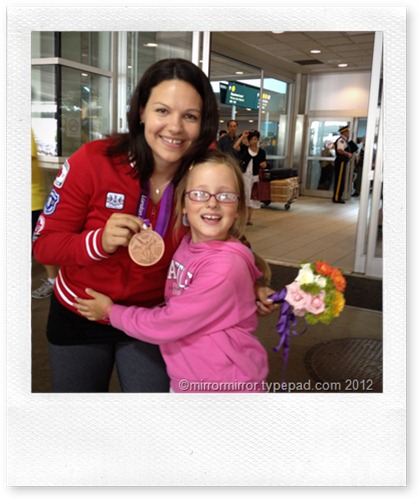