I hugely admire Diane von Furstenberg’s fashion style and her inspired use of prints and colours, even though, as I don’t have much of a waist, her iconic wrap dress is just not flattering on me.

So I was fascinated to see online previews of a spread in March’s Architectural Digest featuring her incredible penthouse apartment in Manhattan’s Meatpacking District. 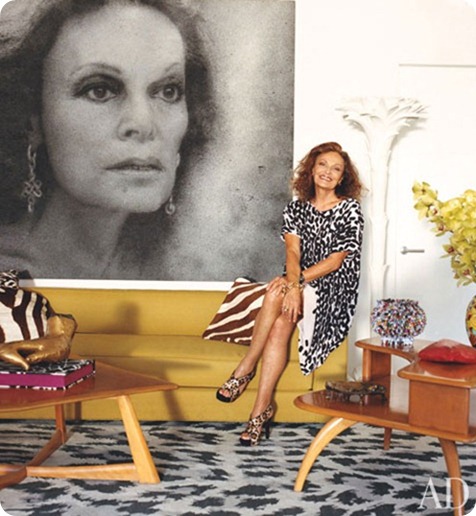 The penthouse, built over DvF’s design studio and flagship store, is absolutely stunning, with apparently incredible views through its transparent glass walls. 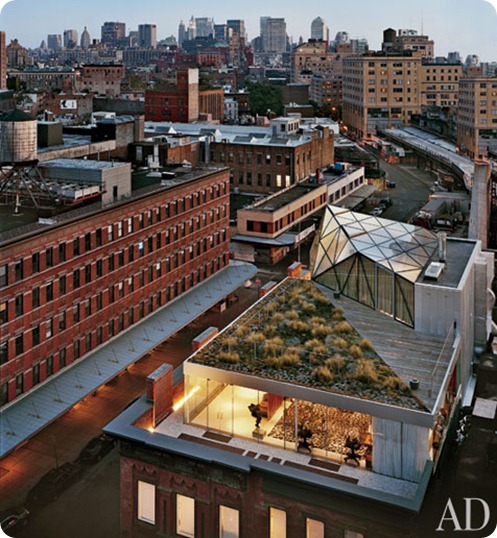 But inside? Well, it all strikes me as just a bit too MUCH. 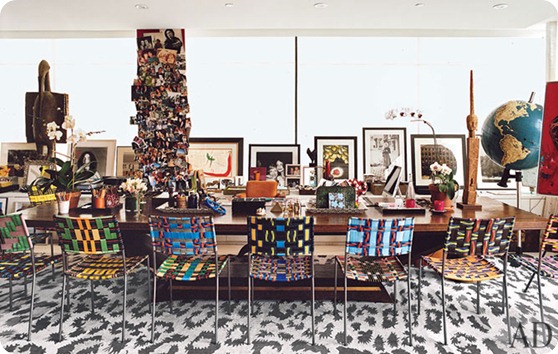 Those chairs are gorgeous, the art is apparently priceless, but it all feels as if it just can’t breathe. The backdrop of the leopard skin rug really doesn’t help matters.  And who sticks art, however exquisite, on the windowsill, thereby obscuring the billion-dollar views? 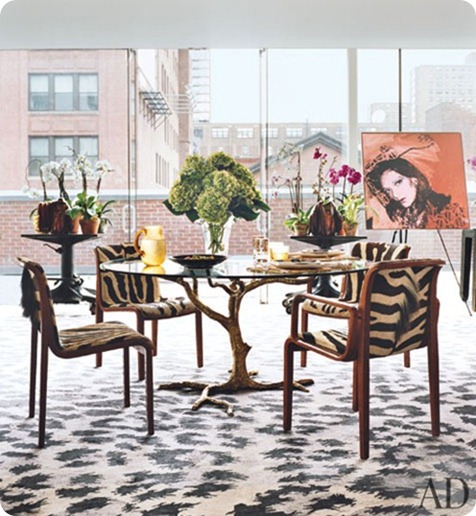 I love the Andy Warhol portrait, dislike  the table and am meh on the clashing animal prints. Again, I think this would have looked a whole lot better with a more neutral rug. 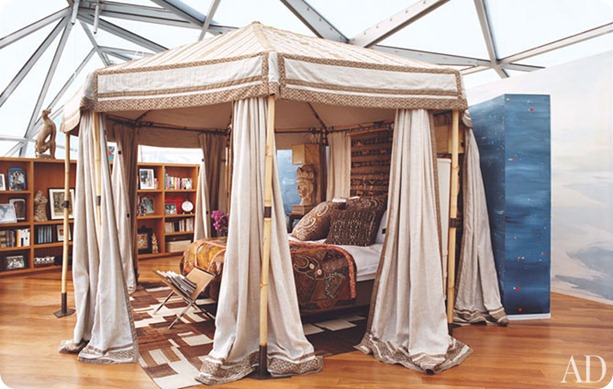 I sort of admire her for attempting to recreate a pasha’s boudoir in her big glass eyrie -  just because the structure is ultra-modern, you don’t necessarily have to go ultra-modern with the décor. But I just don’t think this works, the attempted grandeur is overwhelmed by the ceiling and it just looks incongruous. 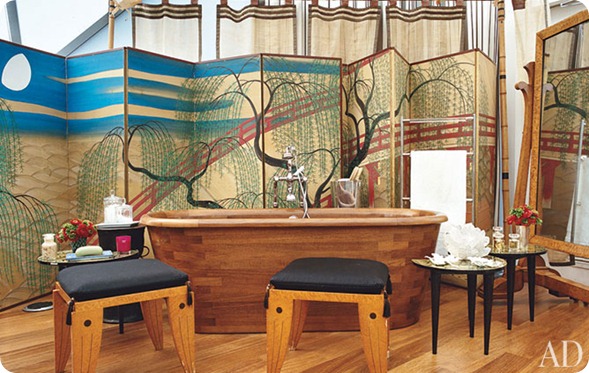 Those screens round the bath are lovely, as is the bathtub itself, but I would be terrified of knocking over all those little tables and stools when I emerged dripping wet from my ablutions.  But maybe DVF is not as clumsy as me.

Although I can see that one would want to create private areas in such an open space, overall all the clutter and clashing patterns and different styles and objets seems to fight with the open space rather than celebrating it.  She’s tried to make it cosy, but I don’t think it’s the sort of space that works with cosy.

But what do I know?  She’s is DvF after all.

What do you think? Please show your workings in the comments.