A few weeks before Christmas I was lucky enough to get a place at a marmalade-making class hosted by Seattle Bon Vivant, and taught by Rachael Saunders of Blue Chair Fruit, who is also the author of the Blue Chair Jam cookbook.

Actually I really wanted to get to the jam-making class, as I’ve not historically been a great fan of marmalade, but that coincided with my trip to Pender Island, so marmalade it had to be.

In fact the class was fascinating and hugely informative, and since the Husband is a huge marmalade fan, my learnings were not entirely in vain. 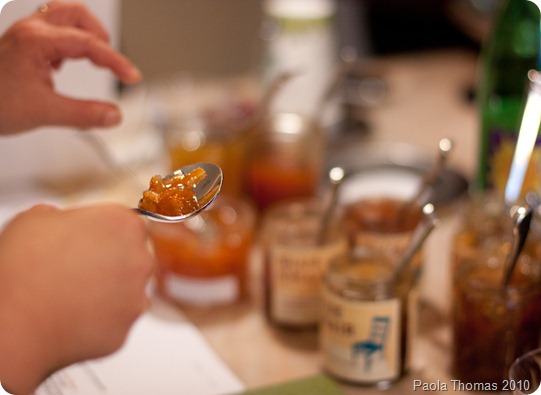 learned the best way to prepare and chop the pre-blanched fruit;

watched the fruit bubble through various stages of cooking; 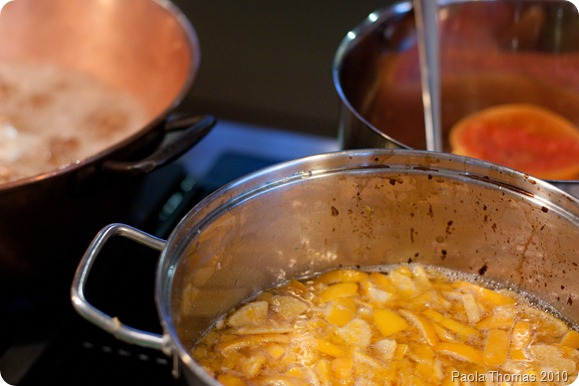 tested for done-ness, and then poured the amber nectar into dozens of tiny jars.

I learned to taste the mixture just before the final boiling and add a little fresh lemon juice for an extra layer of sparkle, and we were shown the best and easiest way to jar the preserves – heating the jars in the oven, rather than sterilising them in boiling water, and using a wide mouth funnel to fill them easily. Why haven’t I had one of these handy tools in my kitchen before? 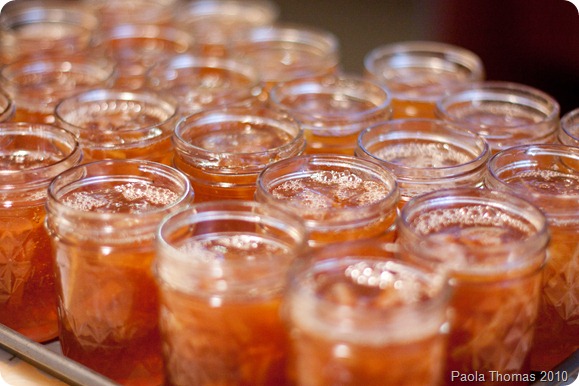 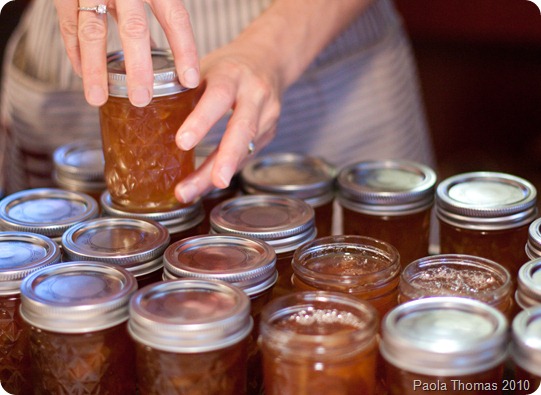 We were given four jars of differently flavoured and textured marmalades to take home, and my goodness they were a revelation, particularly to me who’s always disliked the thick. chewy, unpleasantly bitter traditional British shop-bought stuff.

Rachael’s marmalades melt in the mouth, and are bursting with zingy citrus flavours which overlay the subtly bitter chewiness of the peel and the rich sweetness of the (amazing quantities) of sugar.

I was so inspired that I bought the Husband (who is the chief jam maker chez nous) a copy of Rachael’s wonderful book and one of the beautiful Mauviel preserving pans she uses for his Christmas present.

This was not of course in any way, shape or form a present for me. Oh no.