Or, Miles Redd – WTF? So, another super fashionable decorator with whom Americans seem to be incredibly enamoured is Miles Redd.  Domino describes him as the sultan of swank and his work is variously described as luxe, opulent, elegant, sumptuous, chic and glamorous, which all appear to be euphemisms for cluttered, ugly, muddled and like a dowager duchess on speed.

Like our dear friend Kelly Wearstler, he is another designer that I just do. not. get.  So, in the words of Rachel Maddow, I need you to 'talk me down'. Tell me just what it is that makes this guy so amazing and so worshipped.

Here are pics of his latest photoshoot in Domino. 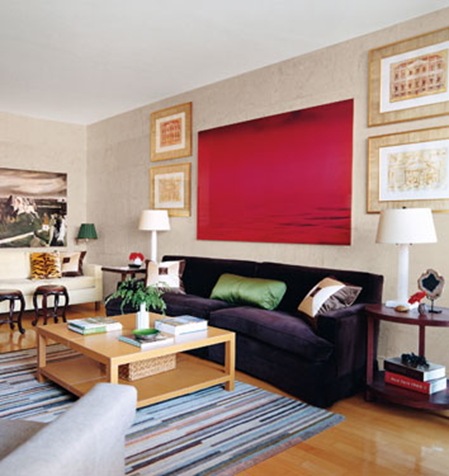 {All photos by Paul Costello from the Domino website}

I'm sorry, but this is ugly. The colour scheme of beige, grey, plum, pale blue, forest green and red is incoherent, dull and generally bleurgh and I don't like the over-emphasized symmetry; those lamps are pretty, but look all wrong here, and I'm really not keen on the arrangement of pictures of wall, which for some reason puts me in mind of space invaders. 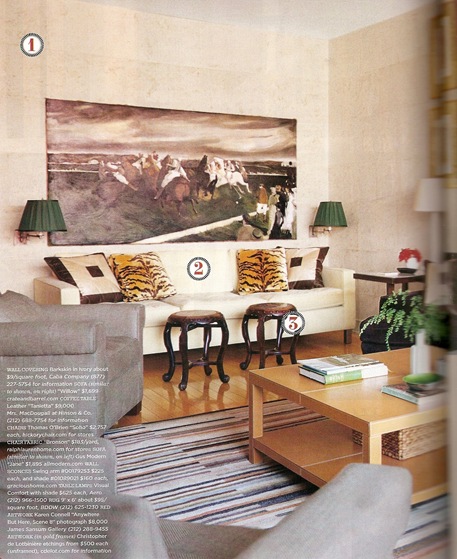 I had to scan this picture in from the magazine as it wasn't on the Domino website, so you could see the far end of the room in all its ugly glory.  That picture is HIDEOUS, surely?  And I just find all the beige, grey and forest green deeply depressing; and no, it's not jazzed up by the 'witty' animal skin cushions, which just look try-hard and out of place here. 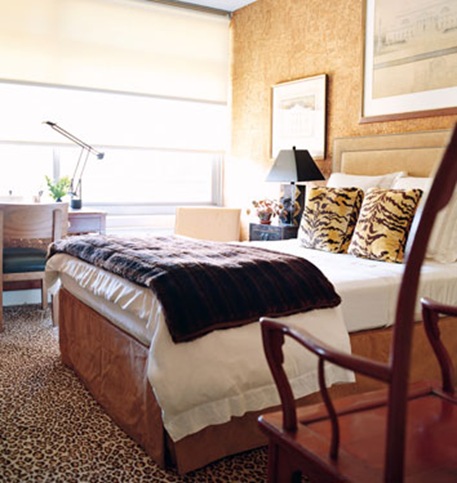 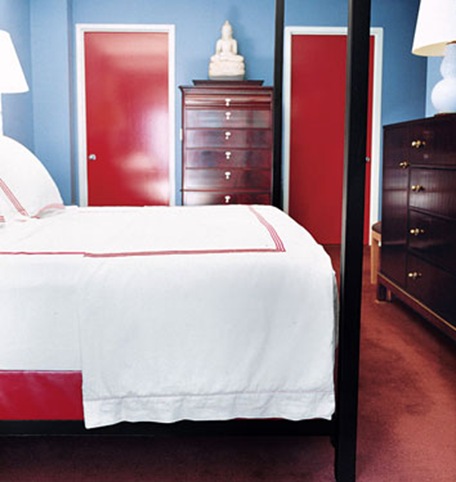 Well I suppose this is better. Not so cluttered with junk and I quite like the colours, though I'm not entirely sure about shiny red patent leather in a bedroom context (or in any context aside from little girls' party shoes). The lamp and bedside table arrangement is OK though. 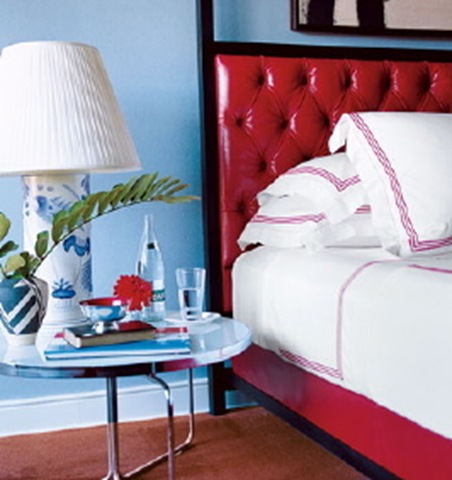 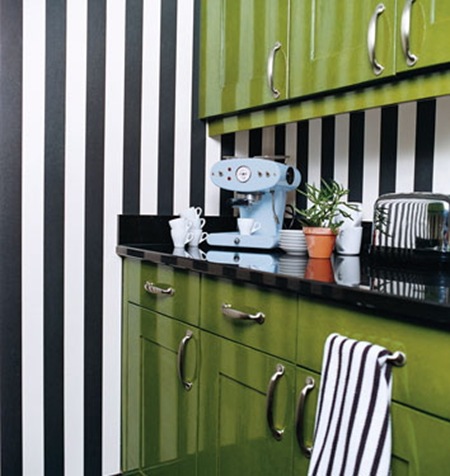 I like this kitchen as a concept. I'm not sure I'd like it so much in the early morning while fumbling for a cup of coffee with a hangover, or indeed if I was actually going to attempt some cooking.  The coffee maker is aces though. 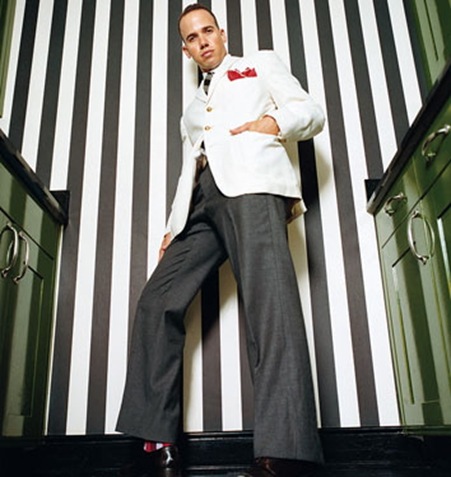 And here's the man himself.  The Husband walked past my computer as I was pulling these pictures together and said 'he looks like a twat'.  Well, quite.  (I believe the North American equivalent of twat is 'douchebag', which is one of my all time favourite Americanisms).

Things I Am Loving – Aviary Wallpaper

Barack Obama’s Bed?
< Busy, Busy, Busy
Mixtape for Snuggling Up on a Winter’s Afternoon with a Mug of Cocoa and a Good Book >