Phew! I think I’ve just about got the Oscars out of my system.  I was on the brink of comparing Nicole Kidman to an armadillo, but stopped myself just in time.

In other news, Liberty London Girl just tweeted about the fabulous wallpaper in the bathrooms at the Soho Grand Hotel in NYC. 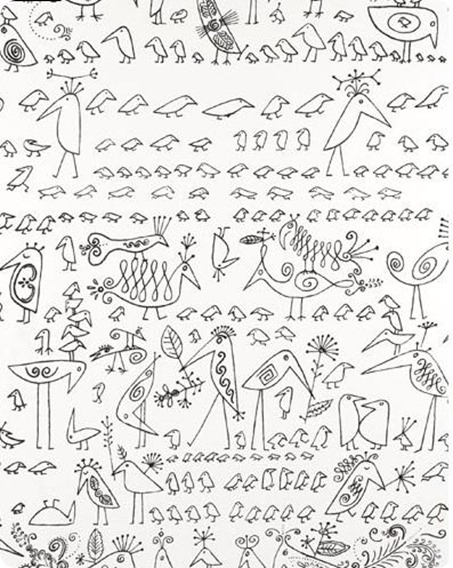 It’s called Aviary by F Schumacher, and the pattern was designed by Saul Steinberg, who was a cartoonist for The New Yorker in the 1950s.

Here is is in situ at the Soho Grand.   I may have to stay here next time I’m in NYC, just so I can sit in the bathroom. 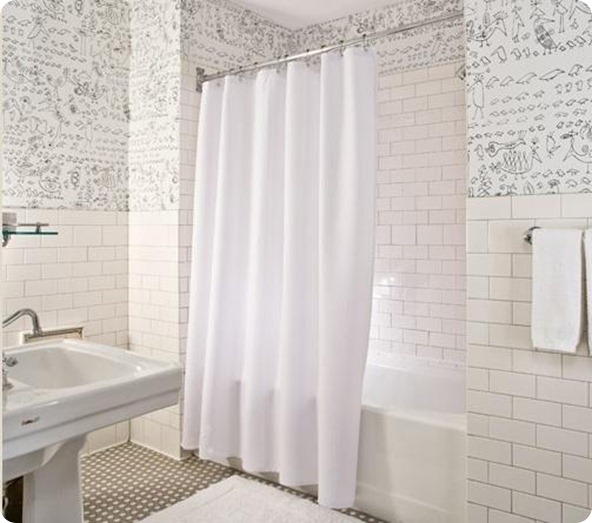 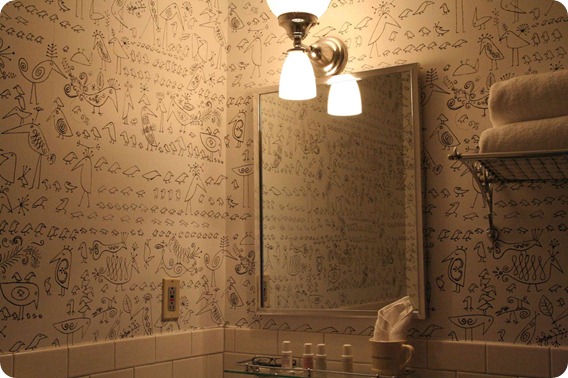 This wallpaper needs to be in my life somehow as a matter of urgency.  Time to work on the downstairs bathroom? It’s also available at Decorator’s Best.

Knitting for the Home – Part I