So last Saturday we just hung out in the nabe. 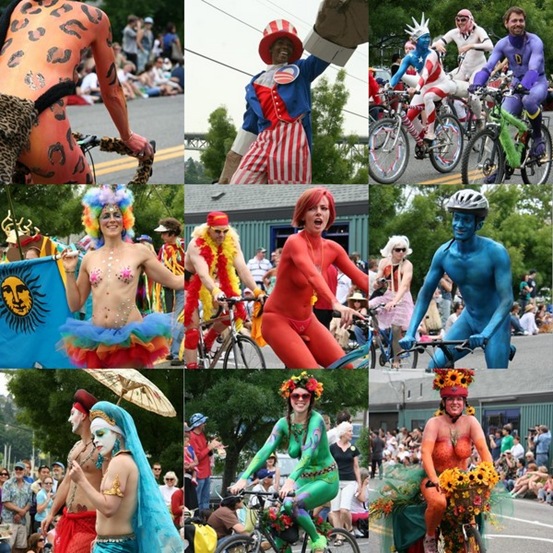 Went for ice cream at the new and very fabulous Molly Moon’s (had the balsamic strawberry which was extremely delicious and the salted caramel which was too salty). 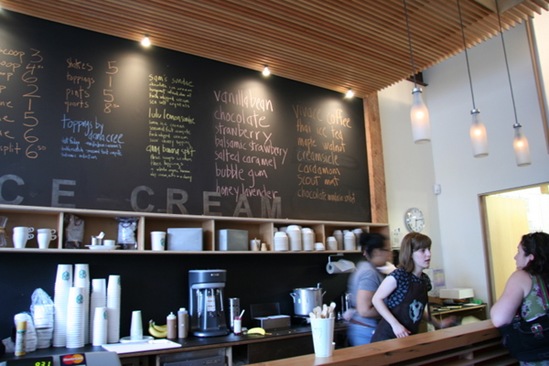 And then came home to watch the setting sun bounce off the downtown buildings from the deck. 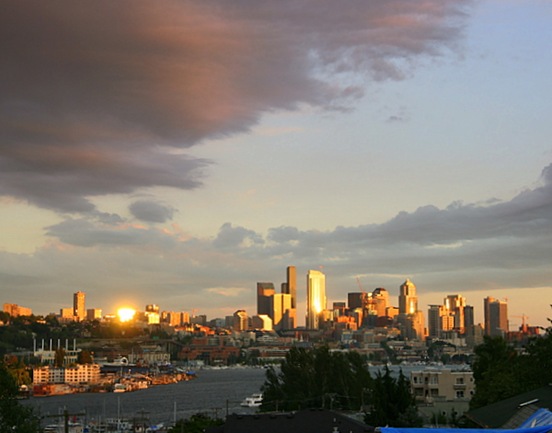 I’m so glad we moved to this part of Seattle.

Speaking of which, very long time readers may remember me blogging ages ago about Matt whose videos of him dancing all over the world are some of the most watched on You Tube.  What I didn’t know then is that Matt lives in Seattle and always finishes his videos by dancing near a Seattle landmark (the 2006 video finishes at the Troll which is also just around the corner). The final scene of his latest effort was filmed in Gasworks Park, which is just on the other side of the trees which you can see at the bottom of the picture above.

Unfortunately I found out about the filming a couple of days too late (via the new and very excellent Wallingford Seattle Blog) or else the Minx and I would have been there with bells on (in the figurative sense of course).

Watch the new video and be strangely moved.  And look out for the very nice colourful houses in Buenos Aires. 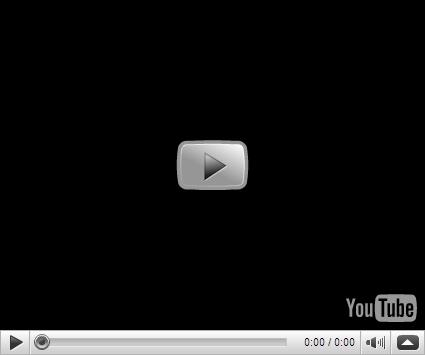