Claudia Roden is no more a simple cookbook writer than Marcel Proust was a biscuit baker. She is, rather, a memorialist, historian, ethnographer, anthropologist, essayist, poet.”– Simon Schama 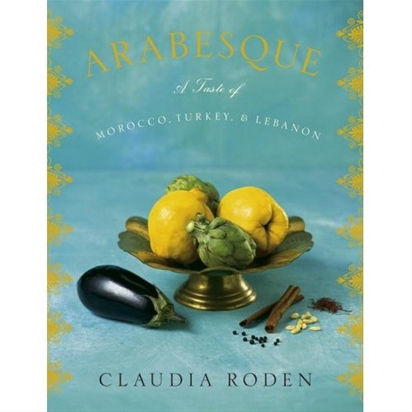 I am indebted to the wonderful Seattle foodie blog Seattle Bon Vivant  for sending me off to a lecture last night by one of my all-time culinary heroines, Claudia Roden.

Though I’m the owner of literally hundreds of cookbooks (as I discovered when we were packing to come here), her The Food of Italy – Region by Region is one that I reach for again and again.  It is the book my aunt and nonna in Italy would have written if they had had the time and the inclination, and if you’d ever tasted their cooking, you would know that that is praise indeed.

Claudia is an Egyptian Jew who moved to England when she was fifteen when the Jews were forced to leave Egypt after the Suez crisis.  Her cultured and cosmopolitan Sephardi Jewish family had roots all over the Middle East and she started to collect recipes from her family and friend in order to counter the horrendous food she found in 1950s London.

The result has been a career as a cookery writer, broadcaster and culinary ambassador which has spanned nearly forty years and focused on Mediterranean and Middle Eastern cuisine.

Last night, however, she was a guest of the Jewish cultural organisation Nextbook and her talk focused principally on her seminal work The Book of Jewish Food and on promoting her most recent book Arabesque -A Taste of Morocco, Turkey & Lebanon.

I don’t know very much about Jewish food and her anecdotes were absolutely fascinating – tracing the development of dishes back through time and across Continents.  As an unofficial historian of Jewish food she is invited to eat and cook all over the world, and I could have listened to her stories all night.

She pointed out that when people migrate they might change everything about their lifestyles but will still cling as much as possible to their culinary traditions.  A glance at our kitchen cupboards – full of Italian pasta, Parmesan cheese, olive oil (itself a product of the culinary traditions my mother brought from Italy) Green & Black’s chocolate, Marmite and Nutella – shows that yes, we are clinging desperately to our European ways, despite the fact that European imports are twice the price of canola oil and Velveeta cheese.

I bought a copy of Arabesque and was starstruck enough to get her to sign it.  I really wanted a copy of Jewish Food as well, but all the copies they had were nabbed almost instantly.

Next week I’ll try out something delicious and report back.

A Day In Wallingford

How To Bake British Without Freaking Out