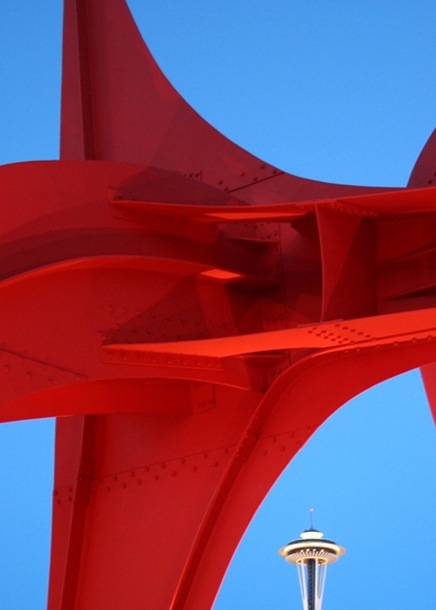 After the Biz Lady meet up in Seattle, I left my email addy on Design*Sponge to see if anyone wanted to continue meeting up.

And lo and behold, one of the people who responded was John Tusher of Velocity, who wanted to keep the inspiration going and was offering the new Velocity store as a location!

So on Monday I had tea with John to have a chat about the format such meetings could take.

We thought that it would be good to aim for monthly meetings and we would get a guest speaker or panel of speakers for each one (John’s obviously got some great contacts he can tap).  We also wanted to set aside a bit more time for socializing and networking afterwards.

We thought it would have more of a general design focus rather than just a business focus, though we might touch on small business-related topics at some point.  Oh and given John’s involvement, and the general design focus, we thought it would be odd if it were exclusively for women, though it would probably have a preponderance of women attending given what it has sprung from.

So I really just wanted to open this up to get people’s thoughts and ideas on the above.  I’ve sort of ended up doing this by default and am keen to create something that everyone feels a part of and will enjoy.

All ideas, comments and suggestions are hugely welcome – either via email or in the comments below.  We’d particularly love to hear from you if you’ve got good ideas for a great name; know someone who would be a good guest speaker; can point us in the direction of wine/cheese/bakery sponsors; or want to get involved in any way.  If you’re a Seattle-based blogger and think your readers might be interested it would be immensely helpful if you could point them in this direction.

Most importantly, email me if you would like to attend the first meet-up, which we’re aiming to have organised for mid-April.

The bad news is that John doesn’t like the siting of the new coffee table either.(How weird is it when someone you’ve never met before, can tell you all about your interior decor? Sometimes this blog thing freaks me out.)

Editing to say that we’ve set a date and managed to line up an absolutely FANTABULOUS first guest speaker.  However, I’m going to leave the announcement until Monday, because no one comes here at the weekend.  I promise it’s exciting though!