I know I should have posted this last week but I actually wanted to try the cake and see if this recipe was worth sharing with you.  And wow it really is.  Suffice it to say that four days after Easter this cake is already but a distant memory.  Do yourselves a favour and bookmark this recipe for next year. 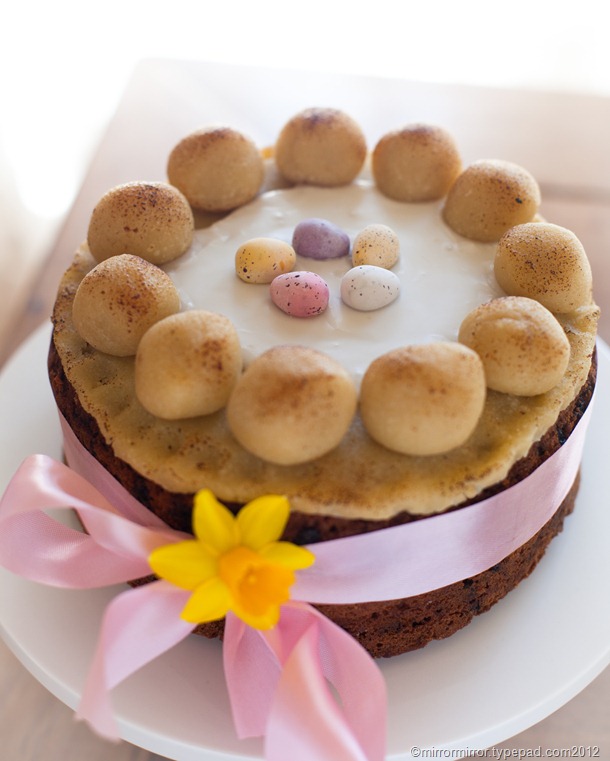 First up a bit of history.  Apparently Simnel Cakes go back at least to medieval times when they were traditionally served on Laetare Sunday, a day in the middle of Lent when the Lenten fast was relaxed (sounds like cheating to me).  Since this day coincides with Mother’s Day in the UK, it was apparently the thing in Victorian times for daughters in service to bake a Simnel Cake to take home to their mothers.

Nowadays it’s thought of as an Easter cake, though it’s not very often made.  I think this is the third one I’ve made in my life.  Which is a shame, as it’s extremely delicious and not at all difficult.

Traditionally it’s a light fruit cake, stuffed full of vine fruits and spices, with a layer of marzipan baked into the cake and more toasted marzipan placed on the top.  There are always eleven marzipan balls placed on the top to represent the Apostles minus Judas Iscariot.  I also like to add a puddle of icing and some Cadbury’s Mini Eggs (they’re in the Bible somewhere, right?), but anything Easter-y such as chicks or flowers would do.  I think it’s safe to say that if you don’t like marzipan you will not like this cake.  If you do, though (and as far as I’m concerned marzipan should be a separate food group) then this tastes a little like a fruity, squidgy, non-bready stollen.

If you live in the UK or anywhere where it is possible to get hold of good marzipan, then you need to buy around 450g/1lb of the stuff.  However, making your own marzipan is very quick and easy and it certainly tastes infinitely better than the peculiar canned almond paste I’ve found in the US.

I’m afraid I haven’t had time to convert to cup measures.  Time to get out those weighing scales! 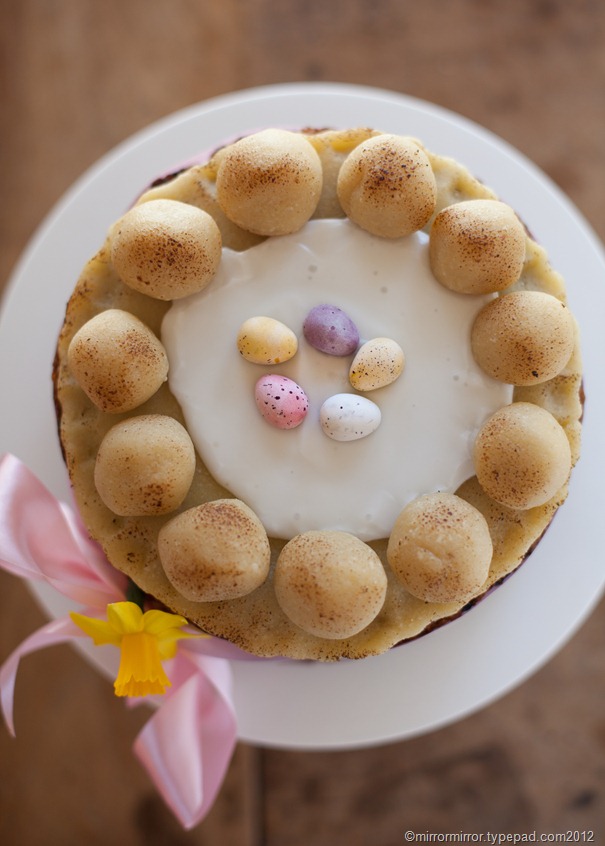 This recipe is a combination of two or three recipes I found on the BBC website. Most traditional Simnel cake recipes are very similar though.

1tsp almond essence or to taste

Mix the sugar and almonds in a large bowl and add the almond essence and enough beaten egg to turn the mass into a soft, sticky ‘dough’.  Knead everything together for one minute or so, until it becomes smooth and pliable. If it is too sticky add a little more sugar and almonds.  You want a workable mixture that is possible to roll out.  The marzipan will happily wait a day or two in the fridge.

110g/4oz glacé/candied cherries (in the UK use those delicious undyed ones, I’ve yet to find a supplier of non-HFCS, undyed cherries in the US, if you come across such a delight please let me know)

50g/2oz chopped candied peel (in the UK, you can buy pots of mixed peel, in the US I mix my own from orange, lemon and citron peel)

For the glace’ icing

Enough water to mix to a pouring consistency. 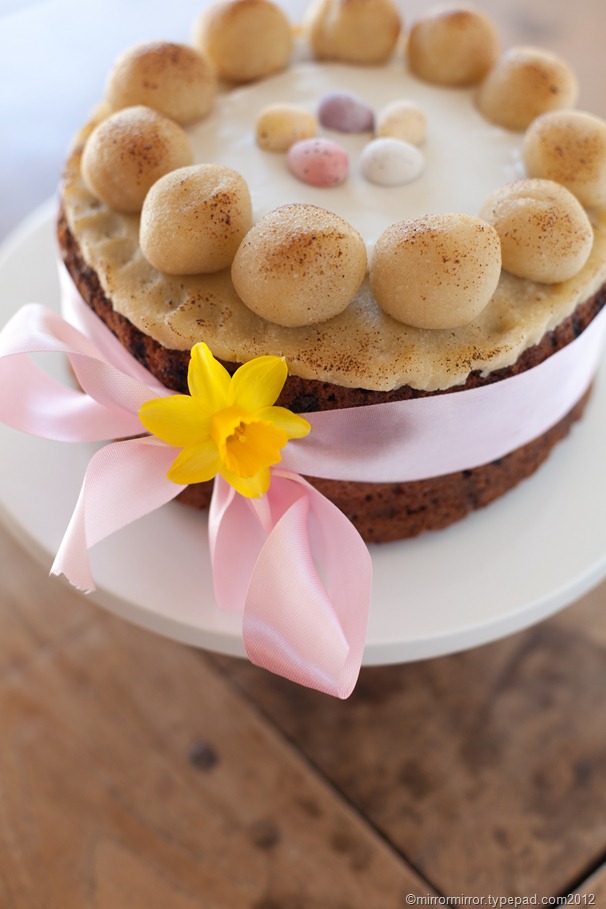 This is what your cake should look like inside. The layer of baked almond paste makes it all juicy, succulent and not at all dry, unlike many fruitcakes of my acquaintance. 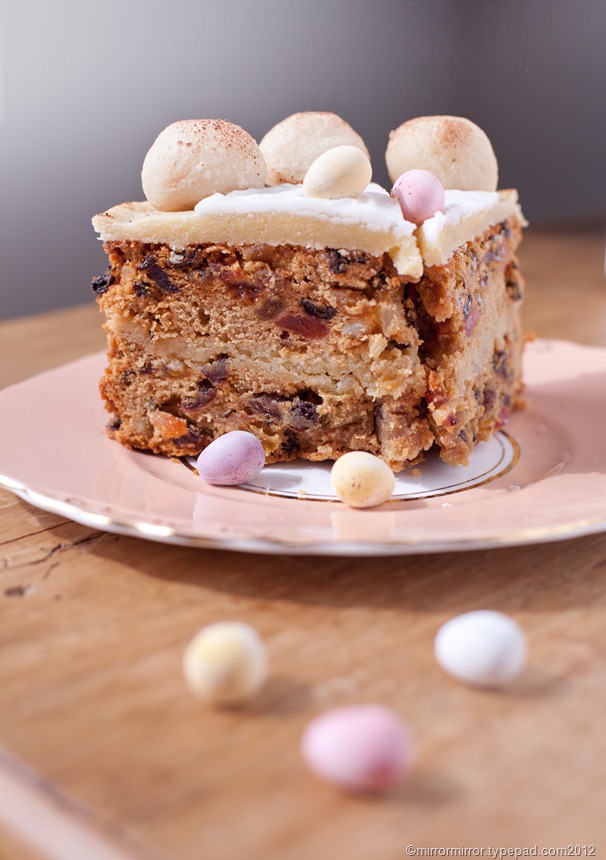 I believe there are still a few tickets left for my ‘Baking in Translation’ class at Book Larder, where we will discuss the mysteries of baking using British recipes and using weighing scales rather measuring cups .  Buy them here, I’d love to meet you.

The Best Traditional Easter Simnel Cake
< That Was The Week That Was: Spring in Seattle Edition
WTF Monday: Wenlock and Mandeville >