A couple or three weekends back, while I was also in the throes of Thanksgiving baking, it was Stir Up Sunday and I also had to get going with my Christmas baking. 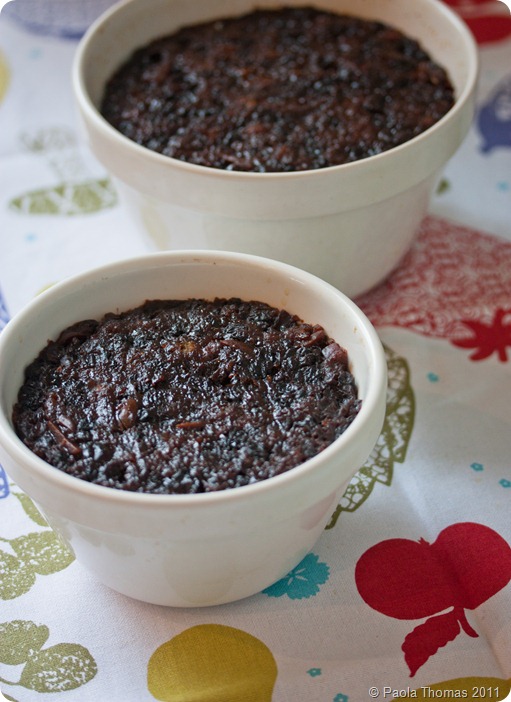 The name apparently comes from the collect from the Book of Common Prayer which begins ‘Stir up, we beseech you O Lord’. This was said in Anglican churches on the last Sunday before Advent and reminded cooks and bakers throughout the land that they should be making a start on their mincemeat and Christmas puddings, so that they would have time to mature before the Christmas festivities.

It’s a good job the Puritans objected to Christmas puddings and so never really brought them to America as I have to say the combination of Stir Up Sunday and Thanksgiving is enough to drive anyone to drink.

After the success of my mincemeat last year, and since the wonderful RainShadow Meats in Seattle is now rendering beef suet, I decided to make Christmas puddings for the first time as well as the mincemeat.  After reading through several recipes I decided to stick with dear old Delia and make some minor tweaks.

Her detailed recipe is here. Tweaks I made included adding substituting some glace’ cherries for half of the mixed peel and replacing the orange juice and zest with a spoonful of the Husband’s fabulous homemade Three Fruit Marmalade as suggested by Hugh Fearnley-Whittingstall. 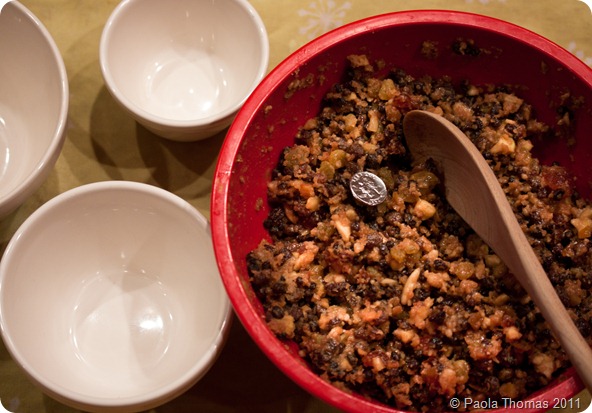 As is traditional we also added some foil-wrapped coins to the mixture, to be found when we cut into the puddings – and yes, I really ought to get myself a more photogenic mixing bowl.

Since this is mostly a mix of dried fruits, beef suet, breadcrumbs, spices, beer and brandy, the puddings look surprisingly pale and anaemic before being steamed. 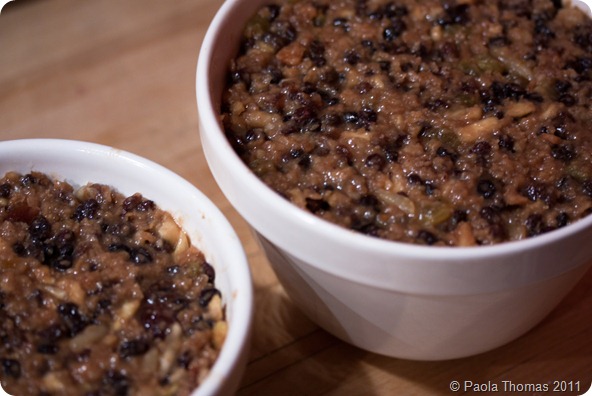 The Husband, being an engineer, was then commandeered into covering the puddings with a double layer of greaseproof paper, covering them with tinfoil and manufacturing string handles for them, so they could be lifted in and out of the steam bath. 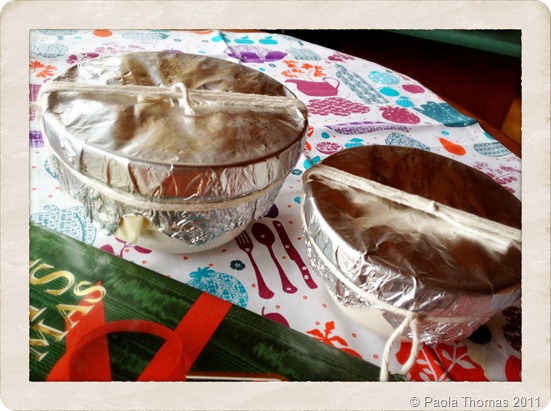 The Internet then informed me that Christmas pudding can be steamed in the slow cooker, a Christmas miracle indeed.  No more having to keep an eye on the pudding and making sure they don’t steam dry.

The larger one was steamed in the slow cooker for around 10 hours on HIGH and the smaller steamed overnight or for around 8 hours.

I don’t know what the alchemical process is that makes them come out all dark and moist and sticky at the end, but they sure looked good and smelled unbelievable. 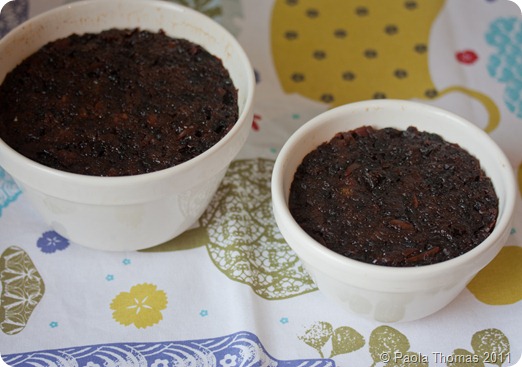 The Husband then re-wrapped them so they could be steamed again at Christmas and now they sit ‘maturing’ in my cool closet, and delighting my heart every time I walk in there and glance at them.

I shall report back.

Here’s this year’s batch of mincemeat.  I’ve already used a jar to make mince pies and can report that it is very delicious indeed. 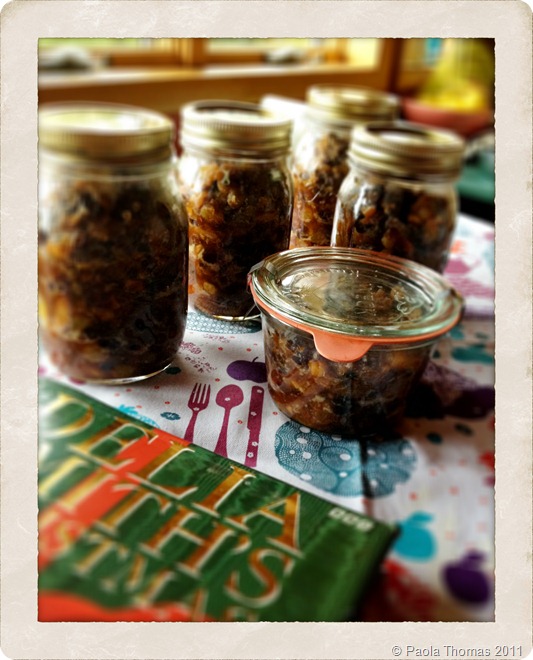