You already know how much we love Joshua Tree, but the person who decided to build a trailer park motel there with themed trailers, secluded swimming pool and recording studio (just in case you have an album to make) was clearly a genius. Hicksville Trailer Palace, I salute you! 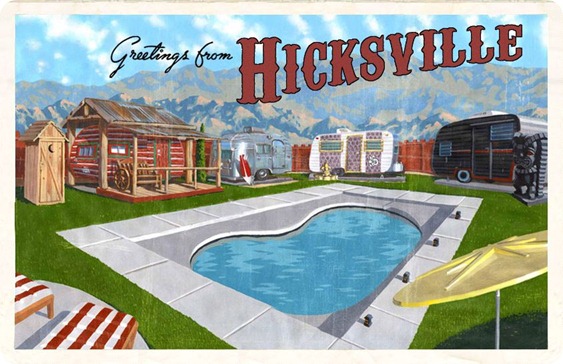 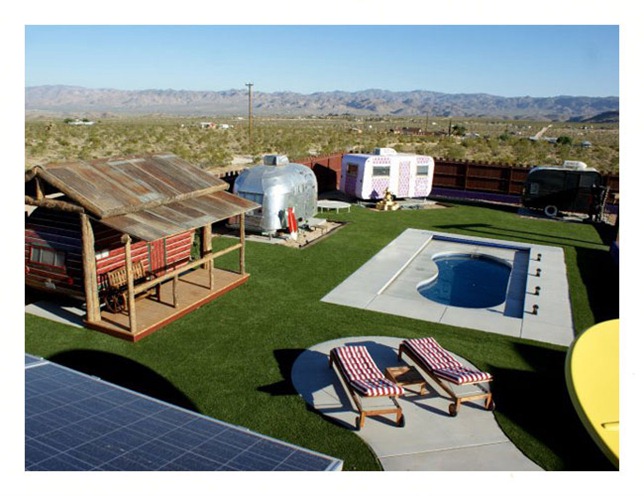 The Fifi would definitely be the Minx’s trailer of choice, though the Husband would need to keep a firm grip on his masculinity. Though glowing wig heads would make up for all the frou frou I suspect. 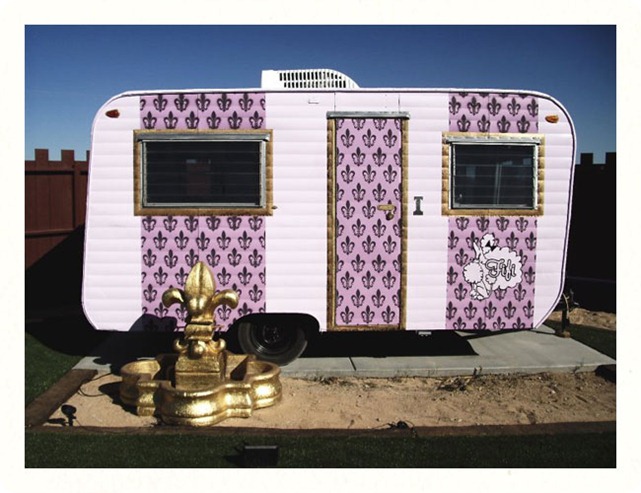 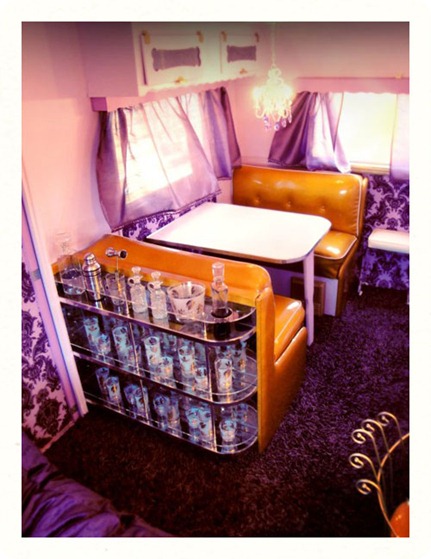 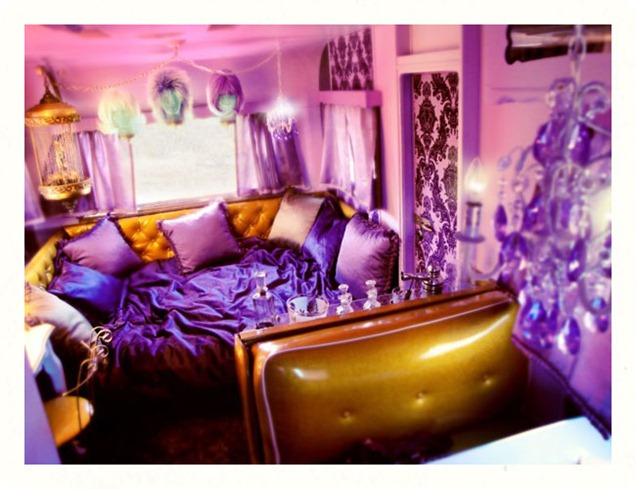 I could live out my fantasy of living in an Airstream in the Integratrailer, though the interior does seem a little subdued. It apparently comes with its own alien communication system though. 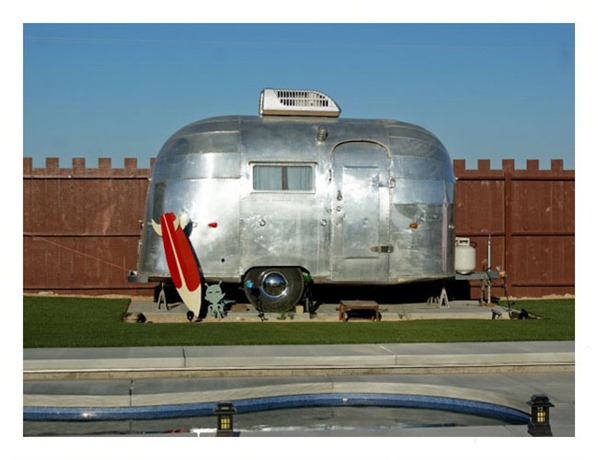 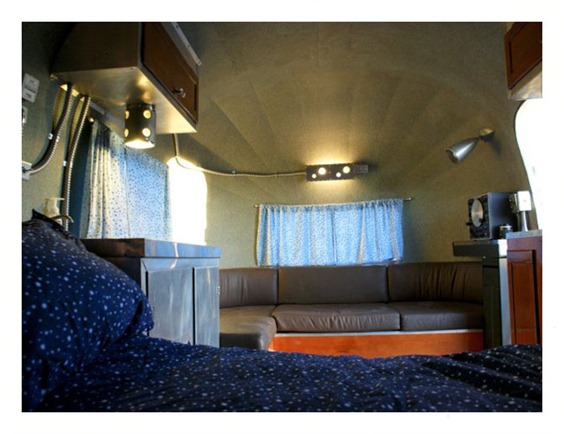 And I also like the look of the Lux, which apparently comes with its own library of horror movies, which I would NOT be watching stuck in the middle ofJoshua Tree. At night. 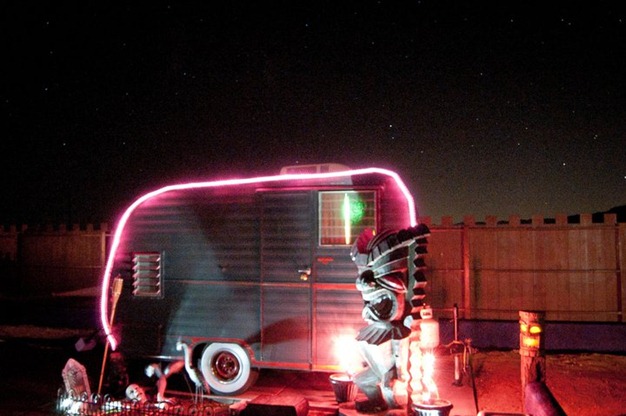 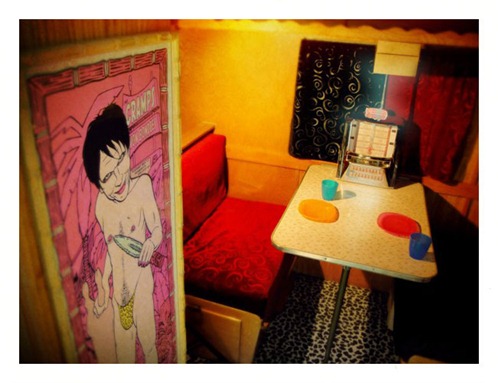 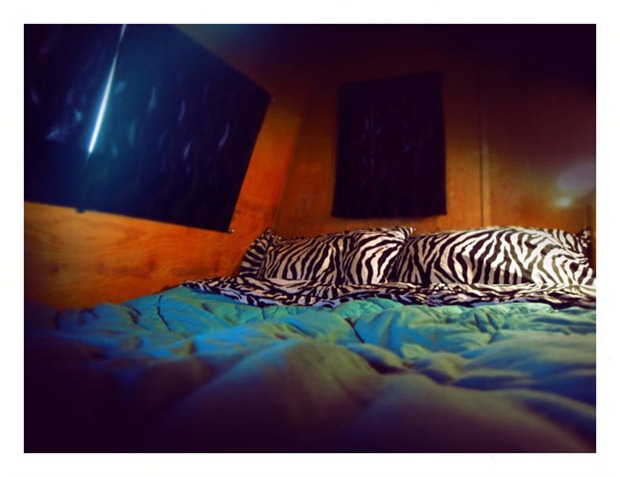 The other amenities look more fun than normal camping too. 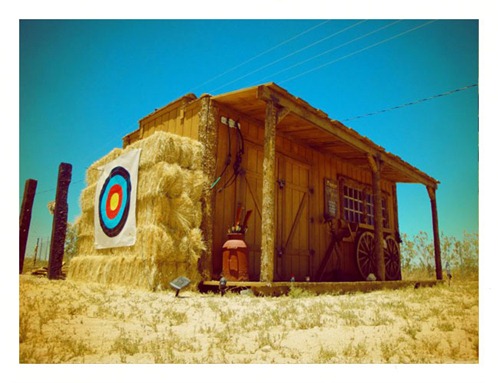 And can you imagine how spectacular it would be sitting out under all those stars? 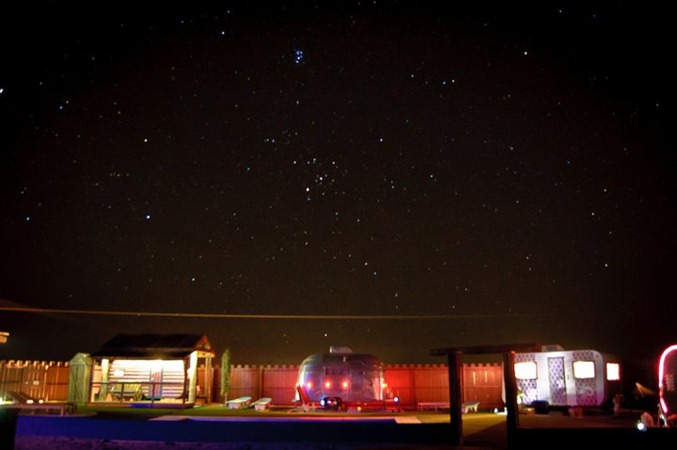 {All images from www.hicksville.com and their Facebook page. Found via the Divine Ms T at Whorange}

While we’re on the subject of real estate…
< Shhhh. Don’t Tell the Minx
Knitted Wreath, Candle Holders and Vases >