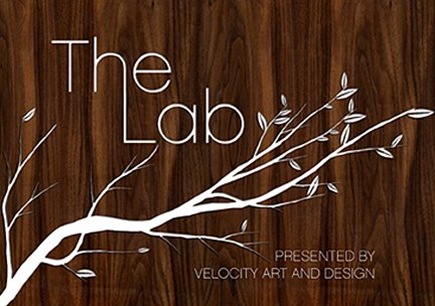 You know what it’s like when you organise a party and you’re not sure if anyone is going to turn up? Well, that’s how I’ve been feeling over the last few days about the Lab.

But of course I had no reason to be anxious.  People CAME.  Everyone was fantastically friendly and charming and interesting.  There were even people who, scarily, read this blog.

Matte Stephens and his oh-so-cute wife and muse ‘the real Vivienne’ were everything you knew they would be and more, and hugely inspirational.  Matte has been plugging away at his art for the last thirteen years and, it seems, almost literally starving in a garret, before John Tusher from Velocity discovered him on Ebay of all places, became his friend and mentor and Matte turned into an overnight sensation.

Anyway it’s late and time for bed now, so go and read Mary T’s (who actually had her camera with her at the beginning of the evening) great write-up over on Shelterrific, Tim Gunn’s alter ego Uncle Beefy has also written a splendid post.

Thanks as always to John and the Velocity gang, our literally gorgeous sponsors from Dry Soda, Matte and Vivienne for making the trek up to Seattle from Portland just after moving across country from Alabama.  And of course to the wonderful Grace, who was the catalyst who made everything possible.

Apologies for the very bad photos. I sensibly forgot my camera so had to wait until the Husband could bring it at the end of the evening, by which time I’d had too much champagne and everyone had gone home.

Apologies too for rushing off so quickly and not saying goodbye to everyone.  Due to monumentally bad planning on my part, I had a date with an egotistical rap  artist immediately afterwards.

Next month’s Lab is going to take place on May 28th and will feature a panel of Seatttle’s finest craft and design bloggers .  You would be mad to miss it. 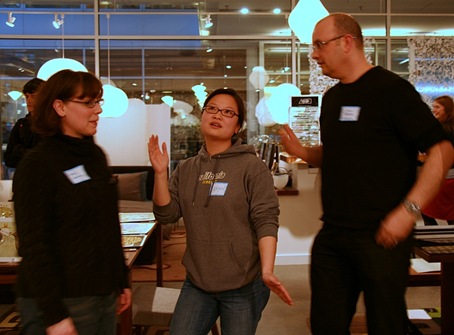 John Tusher and knitting neurobiologist Jerylin indulge in a little interpretive dance while Megan Not Martha looks on. 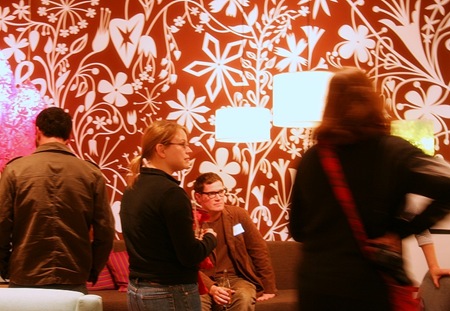 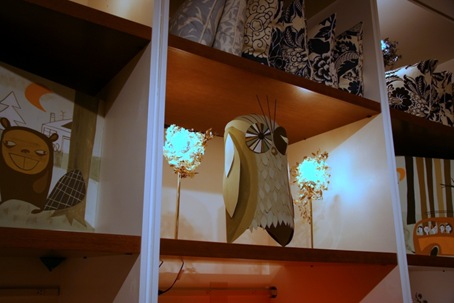 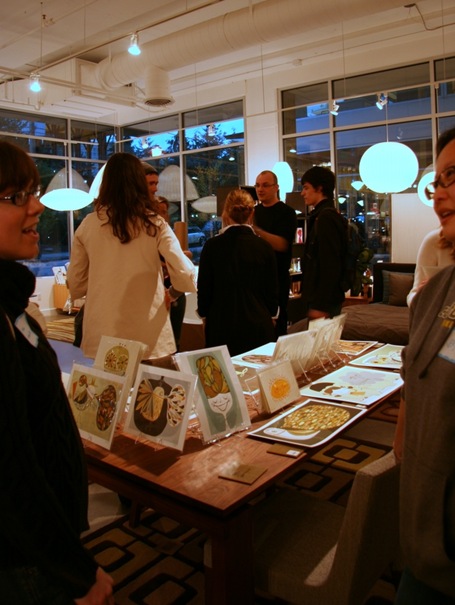