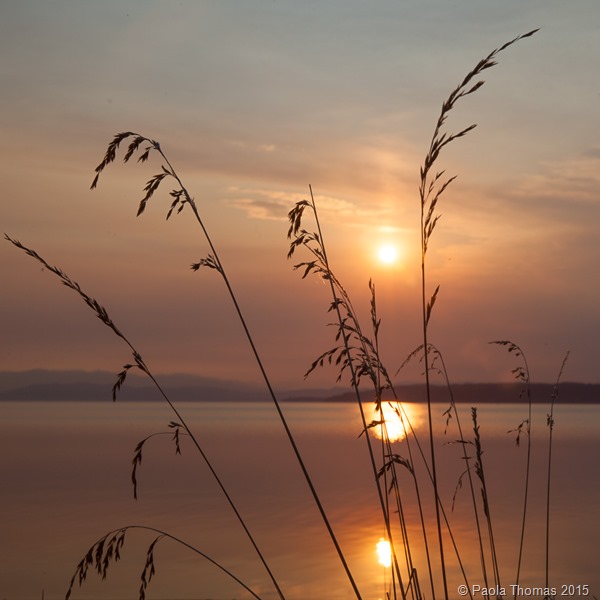 It was the best of summers here in Seattle. Day after sultry golden sun-filled day, followed by night after velvety warm summer night spent drinking pistachio sours with friends up on our roof deck. (One day I’ll blog the recipe for these). 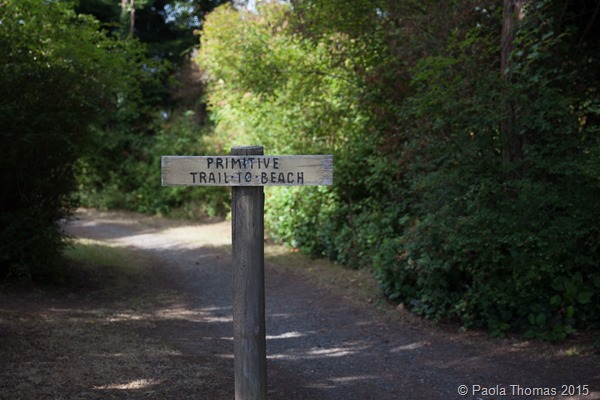 I’m always conflicted about summer. On the one hand there’s the obvious glorious summeriness of it all (see above), which I love and adore, but on the other school is out (for thirteen weeks no less), so sometimes it seems I spend more time driving the Minx to various camps and desperately trying to cram all my assignments into a few hours than lying on a lounger working on my Vitamin D levels. 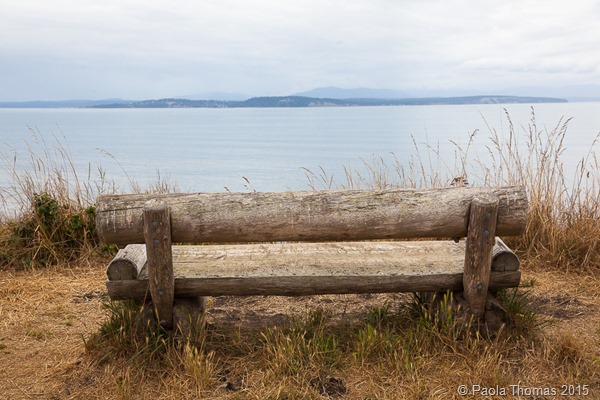 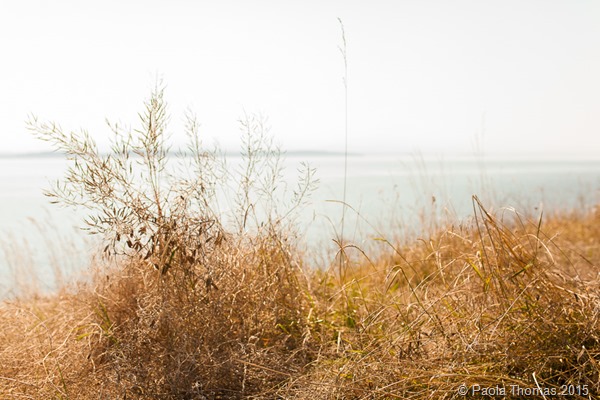 This year though, I was determined that things would be different. We’d already been to Europe in the Spring, so we decided instead to rent a house out on Whidbey Island, and just hang out as a family. I had in mind the sort of place I wanted – near Coupeville, my favourite town on Whidbey, close to the beach, and just as comfortable and relaxing as being at home 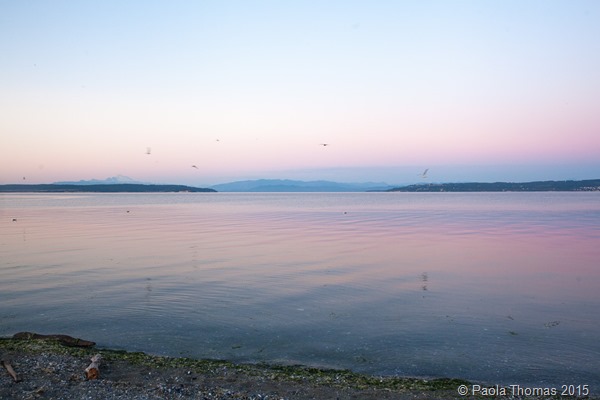 But soon, after spending long hours poring over vacation rental sites with a fine toothcomb, we were starting to despair. Everything was either too big, or too small; too booked or too expensive; frankly rather shabby or decorated in various distressing shades of shit brown (all too common unfortunately in the Pacific Northwest). 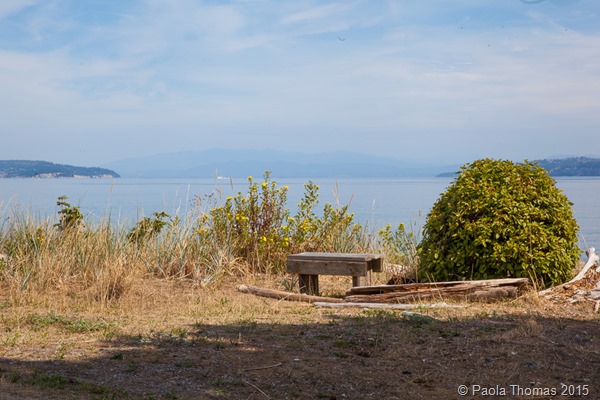 Until, out of nowhere, the most perfect little house popped up. Close to Coupeville, right on a point with beaches to the front and side, and newly decorated in soothing shades of grey and blue. 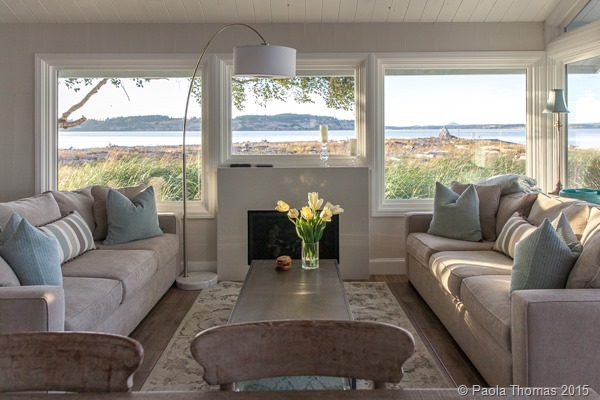 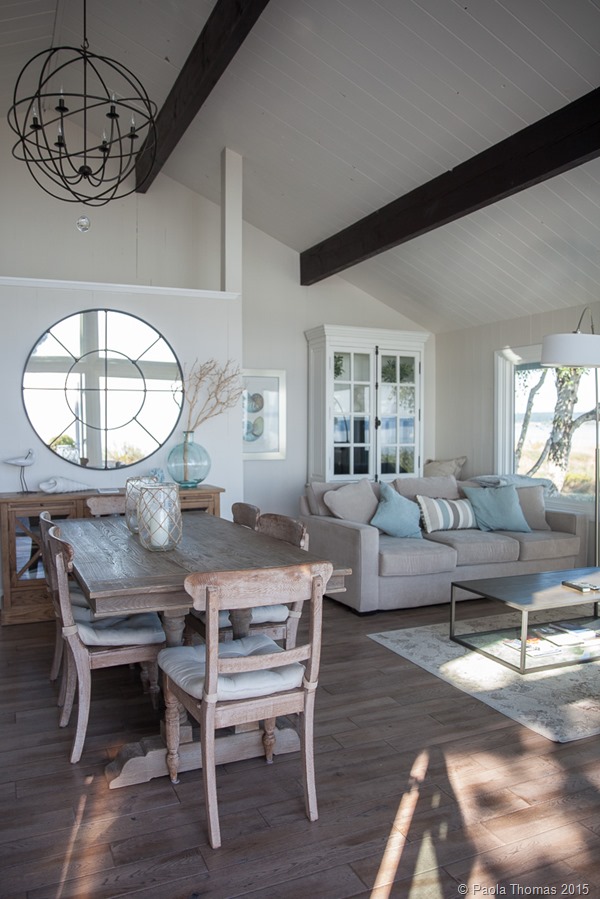 I spent the whole summer wondering what on earth would be wrong with this place but when we arrived in August it was immediately clear that it was absolutely, utterly, perfect.

We met the charming owner and it turns out the property was being remodeled over the spring, only became available in May, and had been immediately booked solid. 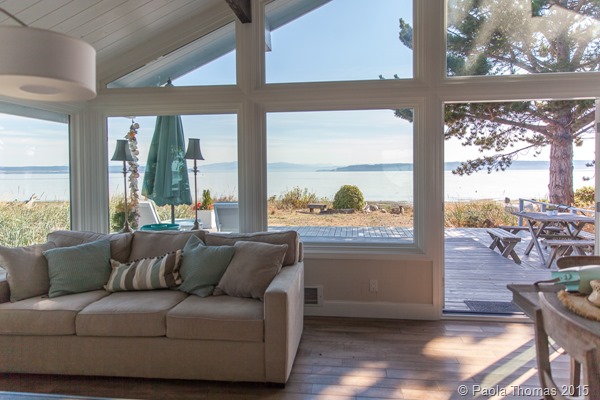 See, manifesting WORKS people! Soon I will be a skinny blonde millionaire with a three-masted yacht, a Brazilian toyboy and lavender farm in Provence. 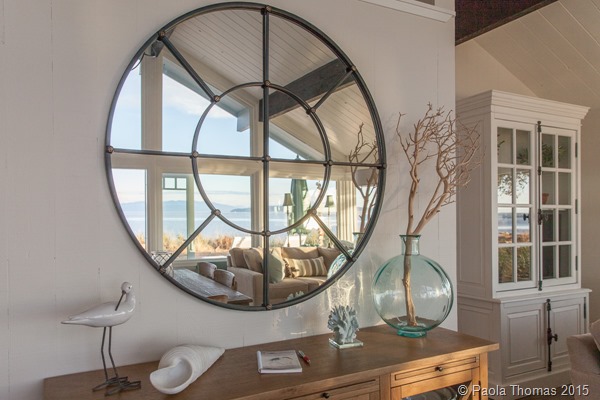 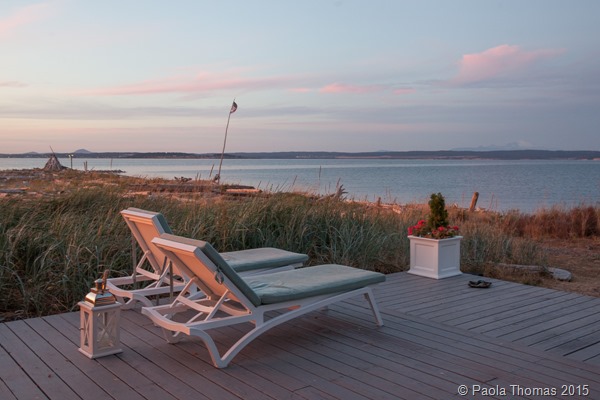 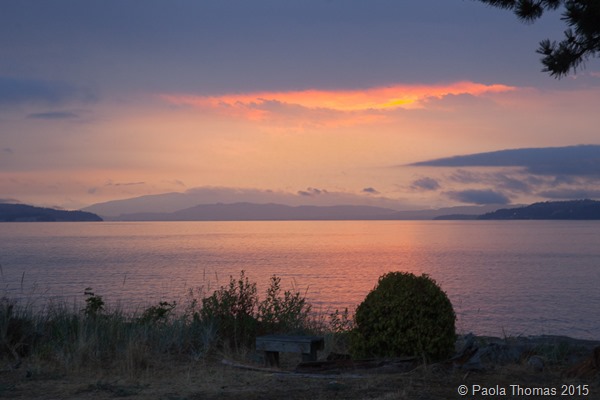 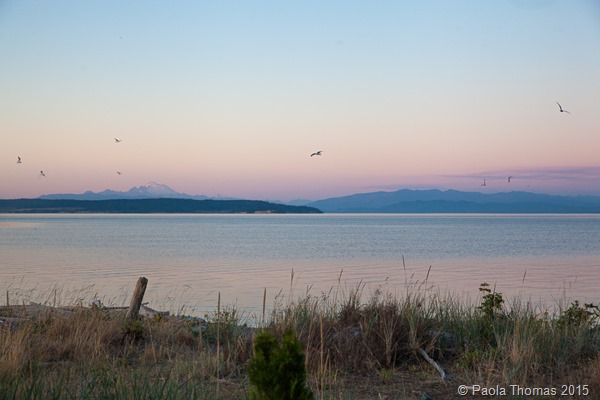 We watched the sun rise over Mount Baker through the huge glass windows, as herons tiptoed daintily over the sand dollars left at low tide. 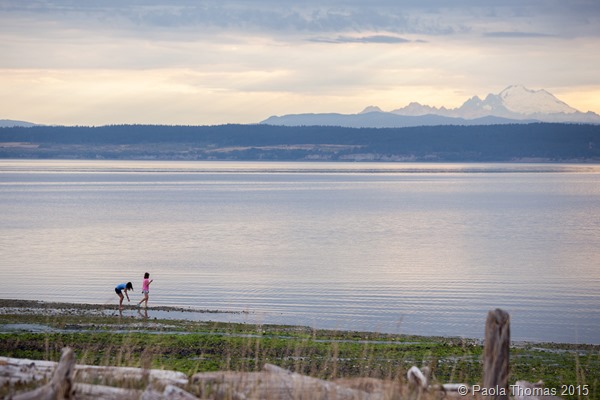 We paddleboarded out in the tranquil bay – thankfully avoiding the orca that hung out near the point – kayaked round the mussel beds and rented a yacht from a local skipper. 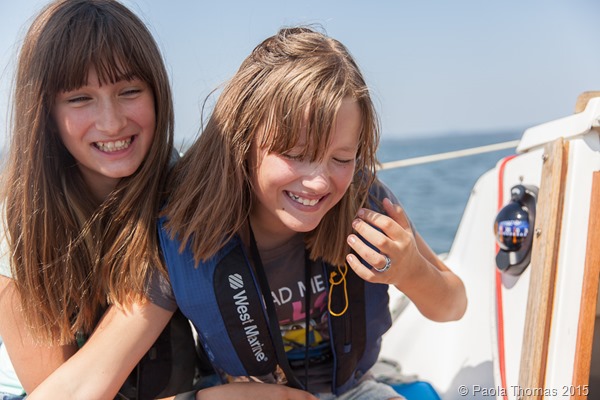 We ate wonderful foods crafted by local artisans, produce which had woken up that morning on a nearby farm and pretty blue eggs that our neighbours were selling on an honour system. A local roaster crafted a coffee blend just for us and dropped it round personally. 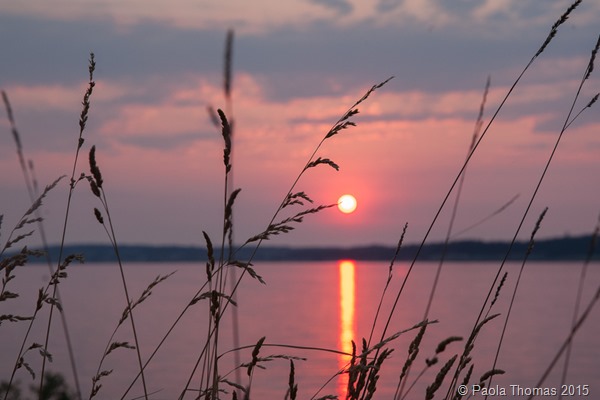 We found the best places for lunch, dinner and wine and ate vast quantities of fresh mussels and clams, plucked out of Penn Cove that very morning. We instigated a ‘no electronics’ rule – and did bizarre things like read books, play board games, do jigsaws, and make art.  I joined a nearby yoga studio for morning sessions and watched the sun go down over the point every night. 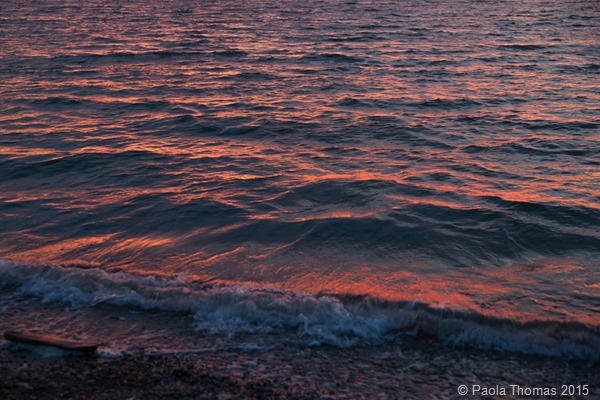 We laughed. A lot. And I felt all the knots in my shoulders and in my mind slowly unwind. 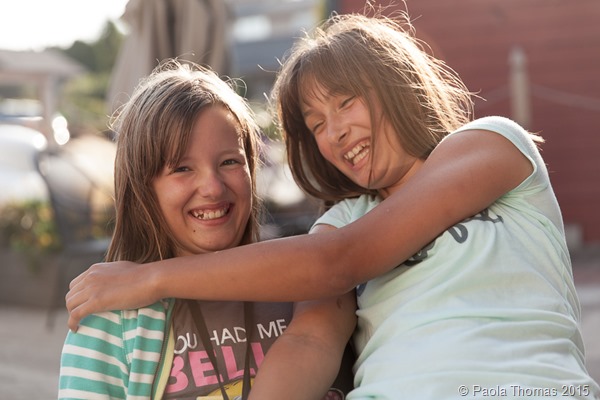 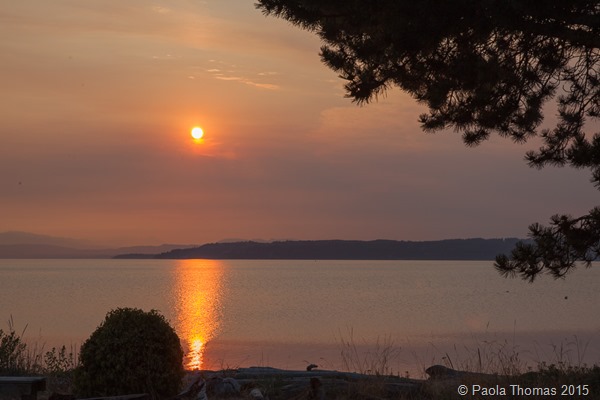 I even got through a ton of work, though it didn’t really feel like work. Instead they were fun day trips with writing attached. Here are some ideas for things to do in Coupeville, in Port Townsend and on San Juan Island, which I wrote and photographed for Seattle Refined. And here are some ideas for restaurants on the island which appeared in Zagat’s. 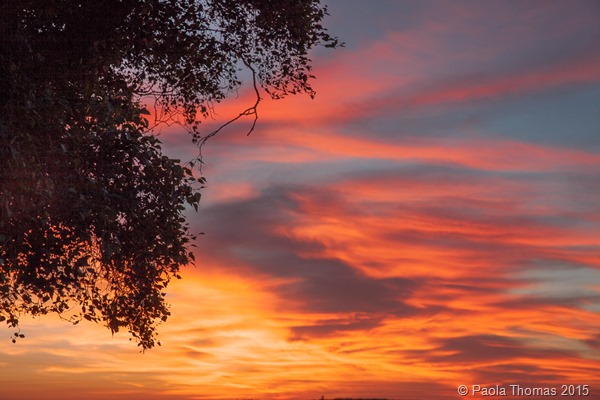 Since we’ve been back, it’s been one thing after another – the Minx is off to middle school, our beloved Flora was hit and killed by a car and I’m just coming to the other side of a snotty cold, but through it all memories of my happy place keep peeking through.

And I’m only able to tell you about it now, because we’ve already booked it again for next year. 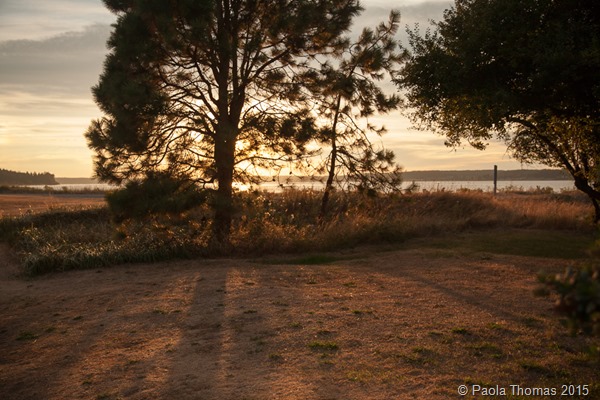