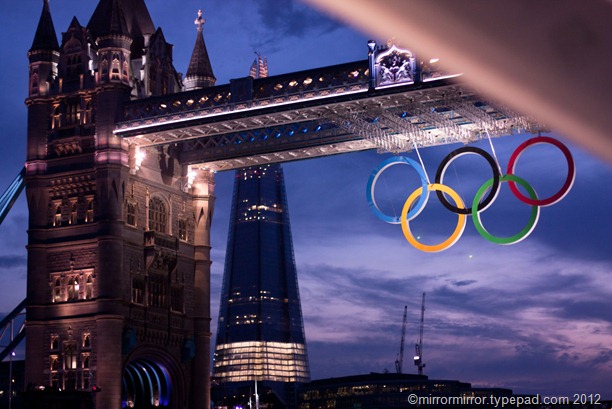 It’s rather a long time since I blogged here isn’t it?  Apologies for the radio silence but we’re just back from three weeks in Europe – two in London for the Olympics and one in the South of France for some sun.

I had all sorts of good intentions of blogging gently along the way but a) always much trickier blogging from an iPad and b) I was having too much fun (such a bad, bad blogueuse).  I hope you were following along on Instagram instead.

I was so glad we went back.  I was worried that the weather would be crap, it would be impossible to get around, the opening ceremony would be embarrassing and there would be all manner of chaos and craziness.

Instead, and I hope this made its way through your TV screens, London was beautiful as I have never seen it before, festive and glorious with everyone in a jolly, celebratory mood.  It was, quite simply, magical.

Let’s go for a little trip upriver and you’ll see what I mean.

We’re starting at Greenwich.  Home of the erstwhile Millenium Dome, which has now been reinvented as a massive concert arena, and one of the main Olympic venues. Here’s the view from the new Thames cable car. See that boat at bottom right? We’ll be going on that to wend our way up to the centre of town. Can you see the Gherkin in the distance? 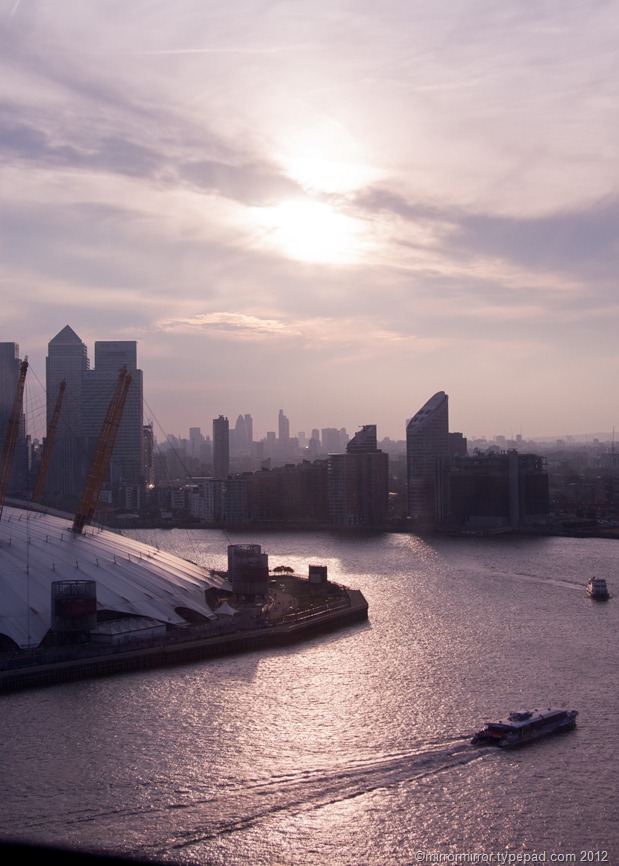 While we’re waiting for the boat we have the perfect opportunity to look more closely at the Dome, and watch the people climbing the new walkway. Wish we’d had time to do this. It looked very fun. 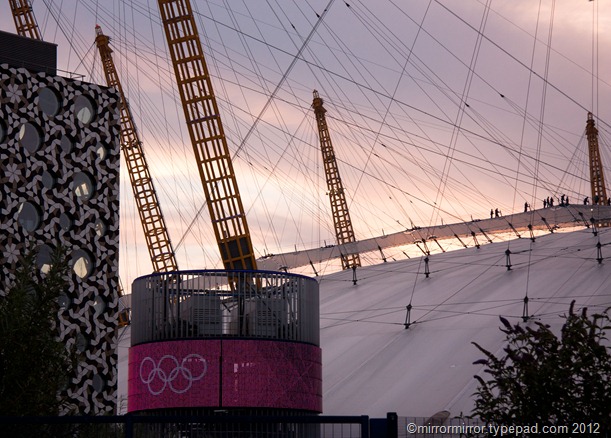 There’s also the chance to watch a parade of tall ships going past – it must have been amazing when all river traffic looked like this. 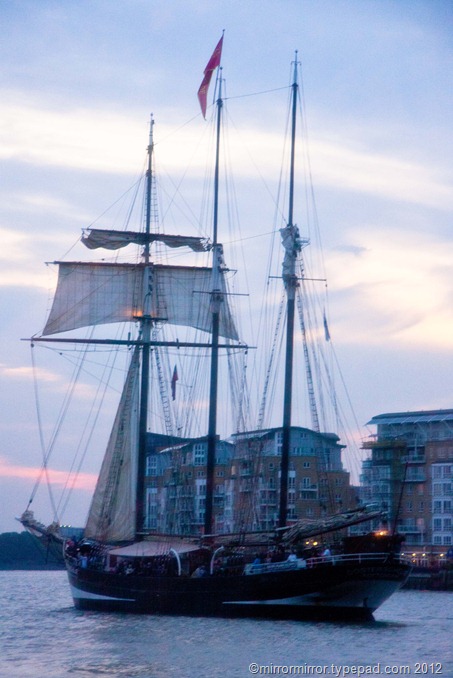 And we’re off. Spot the tiny Gherkin to the left of the picture. 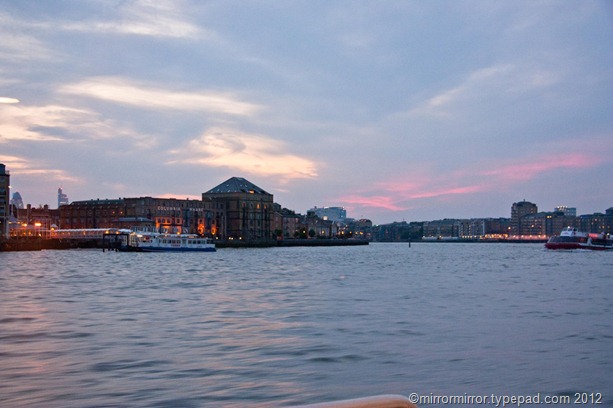 This is what we came for. Also loving the newly-opened ‘Shard’. 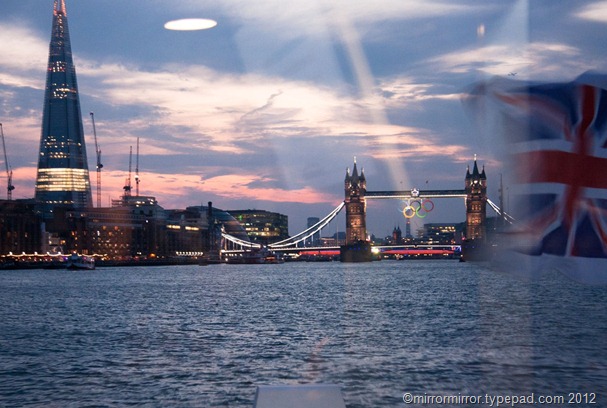 This was quite literally breathtaking. So beautiful. 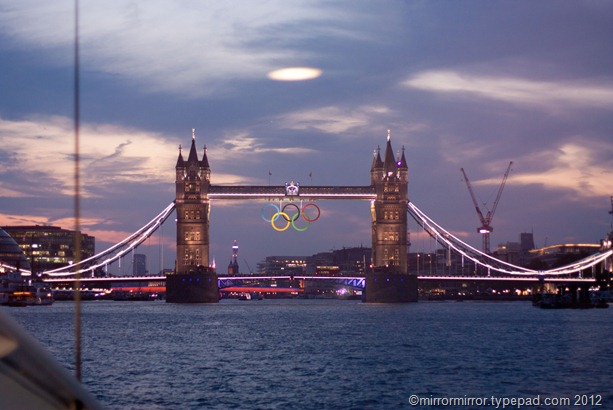 Going under the bridge. One of the most wonderful things I’ve ever done in my entire life. 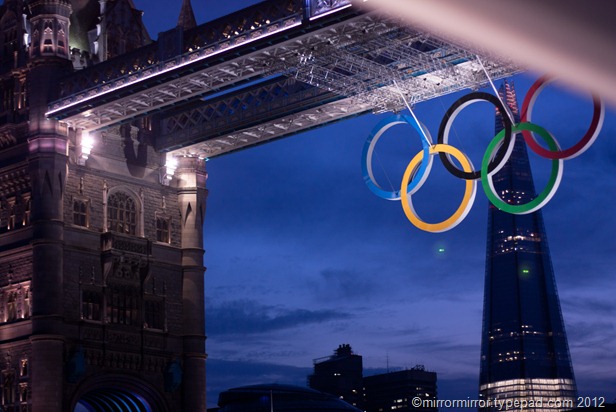 BTW my fancy pants new camera with all its fabulous ISOs and low light photography capabilities died an ignominious death the day before we were due to leave. So all pics are taken on my little Canon Rebel XSi (450D). You could almost hear it straining.