It’s Spring and this not-so-young woman’s fancies are lightly turning to getting the heck out of rainy, cold and miserable Seattle and going somewhere warm and sunny in Europe instead. 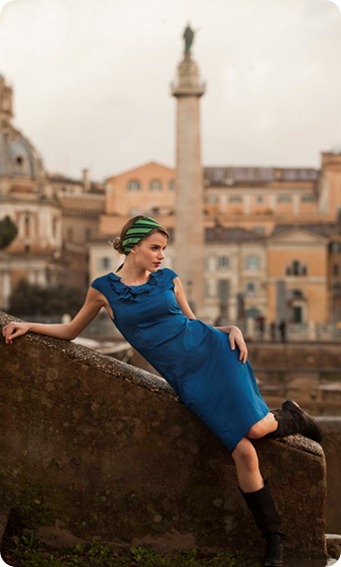 Fortunately for all of us dreaming of summer, the lovely peeps at Shabby Apple have very generously offered to give away one of their delightful summer dresses to mirrormirror blog readers.  After much humming and haaahing (sp?) I have chosen this cute ‘Trevi Fountain’ dress worth $78 a) because the pics make me want to go back and live in Rome and b) because I think the cut and colour will be flattering on lots of people.

There are four different ways to enter the competition and everyone can enter up to four times.  Just make sure you tell me how you’ve entered in a comment below. The competition closes at midnight Pacific Standard Time and I’ll use a random number generator to draw the winning entry as soon as I wake up on Thursday 7th April.

If you win you’ll be able to choose your size and the dress will be shipped directly to you from Shabby Apple if you live in the US. If you live elsewhere, I’ll have it delivered here and then ship it out for FREE, so everyone in the UK and beyond can enter too. And if you aren’t lucky enough to win, Shabby Apple has provided the coupon code mirrormirror10off, so we can all get 10% off at the store.

Below are the different ways to enter. Remember you can enter all four ways as long as you leave a comment telling me how you’ve entered below.

4) Tweet the following:  I’ve just entered to win a beautiful Shabby Apple summer dress. You can too!http://is.gd/lkSbhM  (And leave a comment below saying you’ve Tweeted).

Update: If you’ve already ‘liked’ mirrormirror or Shabby Apple on Facebook just let me know in the comments and that can count as an entry too. Oh and make sure you mention each entry in a separate comment.