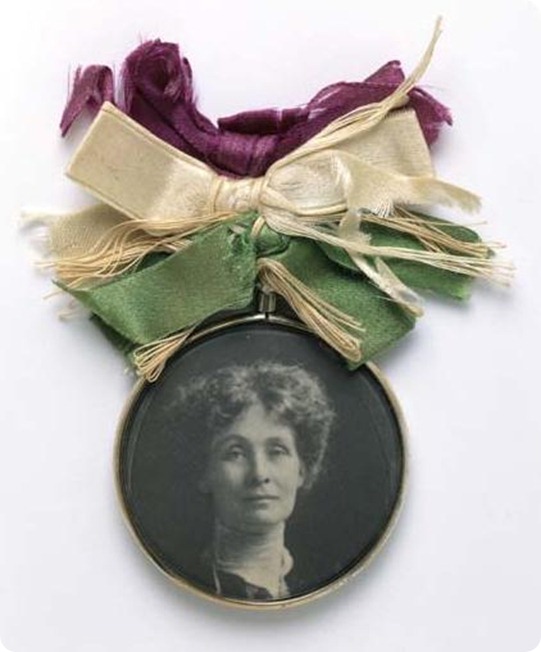 Portrait Badge of Emmeline Pankhurst c. 1909 From the Museum of London.

Feeling bad today as for the first time in my adult life I’m not going to be voting in a UK Election – for some unfathomable reason we just forgot to register. I hope that Mrs Pankhurst, wherever she is, can find it in her heart to forgive me.

It’s made even worse because today is the first election I can remember where it really isn’t clear what the outcome is going to be, and so it is all rather exciting, though in a somewhat depressing way, as none of the candidates are particularly inspiring. Where is a Barack Obama when you need him?

Still we have the Prosecco on ice in the hopes that by tomorrow the rather unpleasant Gordon Brown will no longer be Prime Minister. (Champagne doesn’t seem appropriate given the parlous state of the British economy whoever gets in).

I’m going to be watching the all-night coverage via The Telly, worth hooking up to for any other British expats out there.