A real life friend of mine is wondering whether to do a wallpaper feature wall, and I thought I’d put it to you guys as well to see if you could help.

Said friend is doing up a sixties cottage in Northern Ireland and is wondering whether to do a feature wall with wallpaper.

First up, I much prefer feature/accent walls with wallpaper rather than paint. A painted feature wall often looks like you’ve just run out of paint. But wallpaper feature walls are a good way of using pattern without getting too overwhelmed, and can let you indulge in expensive wallpaper on a budget.

For me a feature wall can be great as long as they’re used sparingly and for a reason.  I grew up in London suburban semi-detached house with psychedelic seventies feature walls in every room, and that was definitely overkill.

Feature walls draw attention, so I think the key point is to think about what you’re drawing attention to and whether it’s actually worth focusing on. And of course they’re great ways of injecting colour and pattern into a room (though they might make it more problematic to use colour and pattern in other ways such with curtains or cushions).  And you can use them to delineate space – such as separating out a dining area.

Here are some feature walls which I think work. 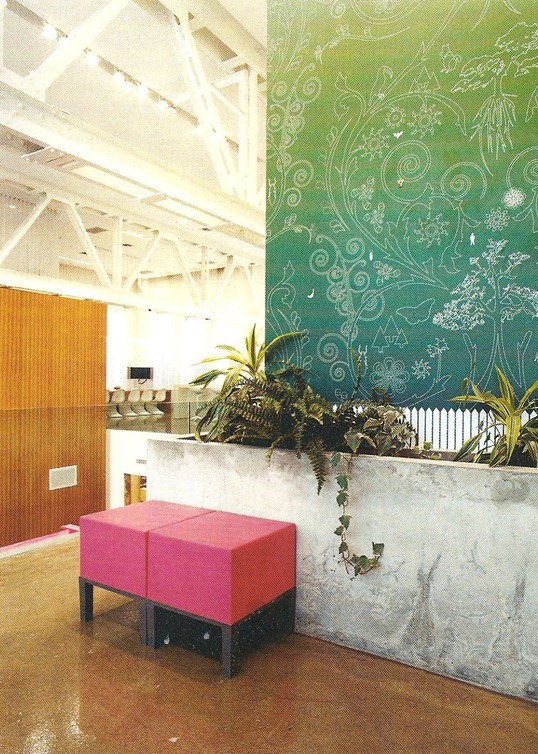 From Elle Deco UK (Jan 2010). I absolutely LOVE this New York loft.  The feature wall here draws the eye upwards to emphasize the ceiling and injects a splash of beautiful colour.  But note how minimalist everything else is. 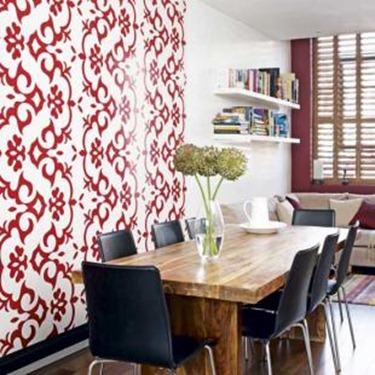 From Ideal Home (Nov 2009).  It delineates the dining area beautifully. But again everything else is incredibly spare. 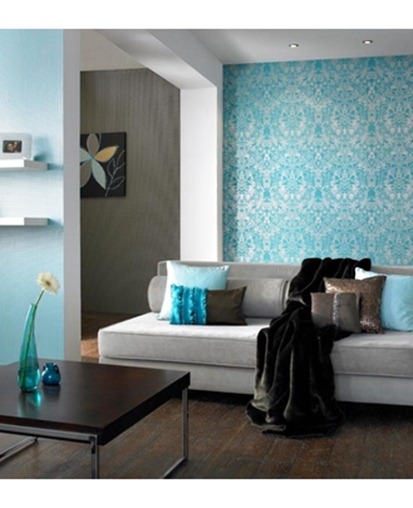 From Graham & Brown’s website.  This is quite subtle and mostly adds texture rather than emphasis. 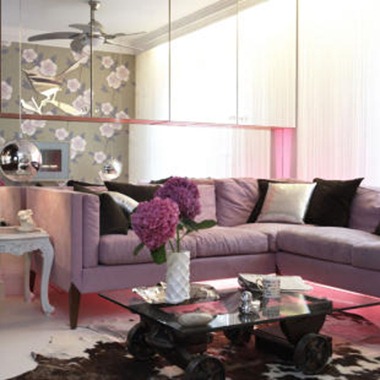 This accent wall from Living Etc is reflected in a mirrored wall. It probably looks like a brothel in real life. But everything else is plain, uncluttered and subservient to the paper. 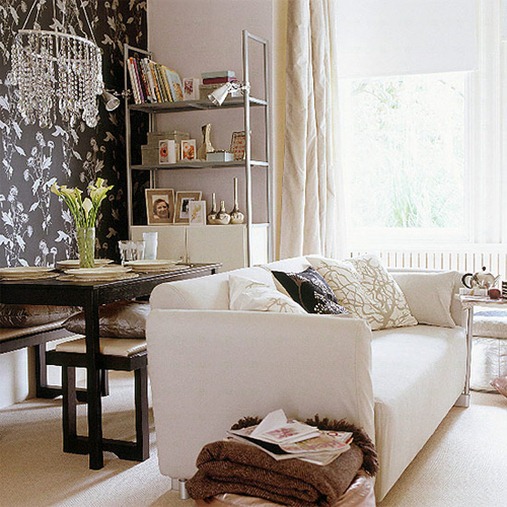 This comes from Decorpad.com though I’m not sure where it was sourced originally.   The feature wall is nice, but it’s starting to clash with all the other clutter in the room. 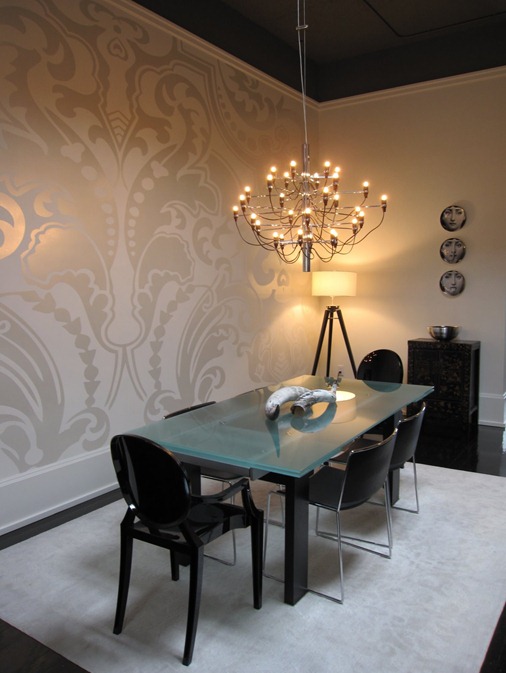 This last is fabulous. It works because it is subtle despite the scale of the pattern, and again because everything else is kept so neutral and uncluttered. {From Colour Me Happy}.