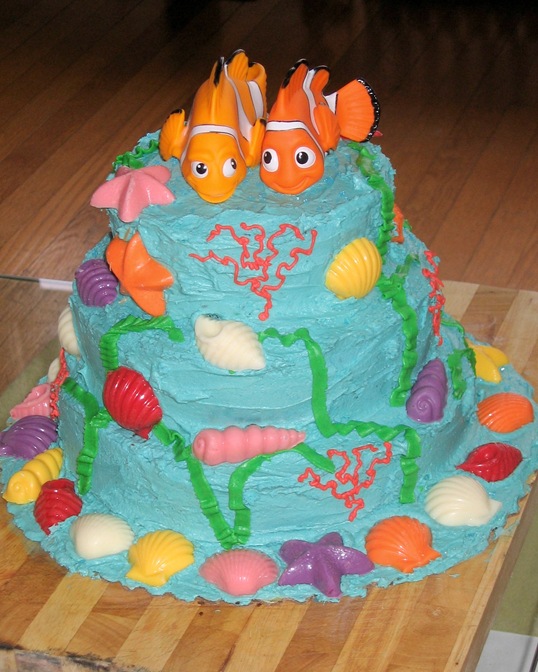 I  have to admit that the general concept for the cake was not original.  There are always loads of greatl ideas on Coolest-Birthday-Cakes.com

. This is a superb chocolate cake recipe. It always comes out moist and, having used it for three different birthday cakes now, it seems to be very forgiving. (I just made the basic chocolate cake and not the vanilla syrup or chocolate frosting specified in the recipe).

I didn’t have a small enough tin for the upper tier, so I just made two medium-sized cakes and cut one down to fit.

I was a bit nervous about making a tiered cake as it had to be transported quite a way up the freeway to the pool where we were holding the party, so the the Husband, thank goodness he’s an engineer, constructed quite a complex structure of wooden sticks and cardboard circles to make sure that the cakes didn’t sink into another or slide about. 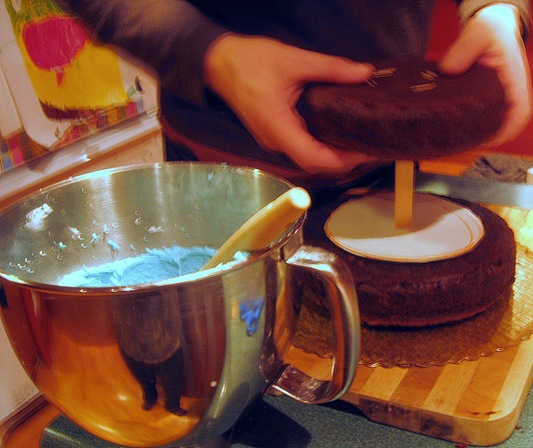 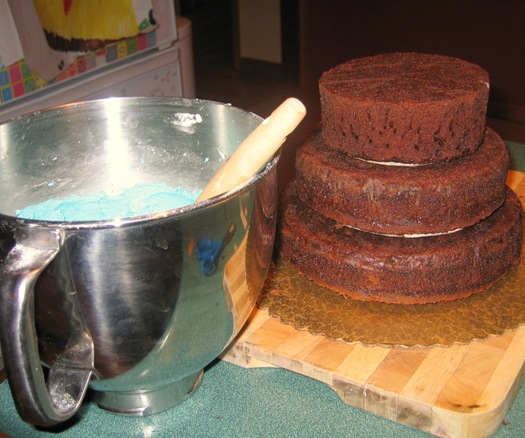 I then mixed up a large quantity of buttercream and tinted most of it sea blue – I found that about 2-3 drops of Royal Blue colouring to 1 drop of Leaf Green worked well. 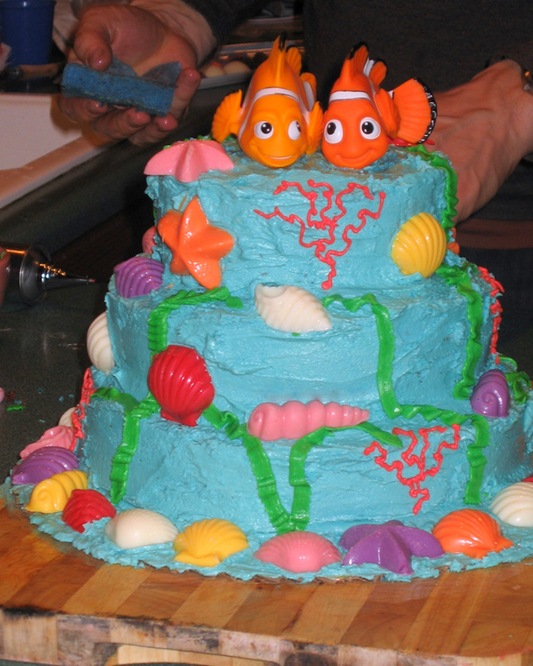 We then coated the whole thing, including the base board, with the buttercream; piped on some green seaweed tendrils and jaggedy coral; and then decorated it with the shells. I am so pleased with how they turned out as they made the whole cake.

We then sprinkled it with some blue sprinkling sugar (which you can’t see on this photo but which gave the icing the texture of bubbles) and topped it with Nemo and his daddy.  I cheated massively here and used some bath toys – the Minx thought this was an excellent idea as she got to keep a souvenir of the cake. 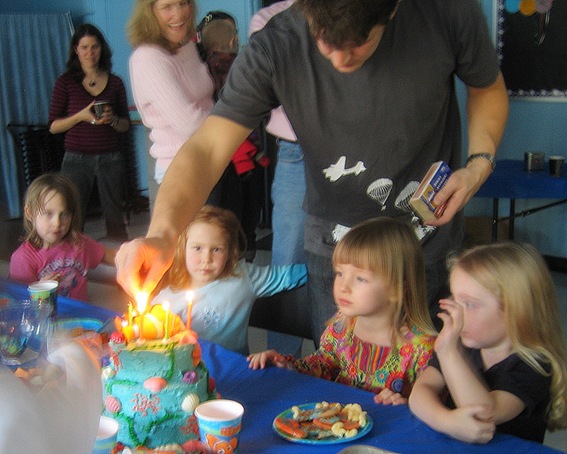 And the kids were mesmerized…

The Story of the Cake – Part II