The day before the party the Husband and I set to work assembling all the various cakes I’d been making and freezing over the previous week.

The top tier was a classic Victoria sponge filled with chocolate buttercream. The rainbow cake filled with vanilla buttercream formed the middle tier and the bottom tier was yet another Macrina Bakery ‘Mom’s Chocolate Cake’, which I’ve been using for birthday cakes ever since the Minx was two, as it is very moist and forgiving, and much beloved by the grown up kids in attendance.

Stupidly I’d made my cakes in 9”, 8” and 7” sizes which didn’t really make for enough of a tiered effect and also left  nowhere for my fairy cake toppers to sit. Fortunately I’d made a big batch of cupcakes ready for a cupcake decorating activity at the party so we used a few to create plinths for the fairies to sit on. 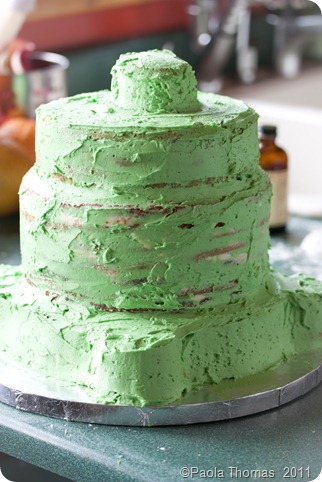 And here is the finished article, covered with easy moulded flowers and chocolate bunnies, made using candy melts; vines and leaves iced on in green buttercream and a set of five Disney Fairy cake toppers. The Husband has asked me to point out that he is the person who actually wields the icing bag (under my direction) and he certainly did a fabulous job. 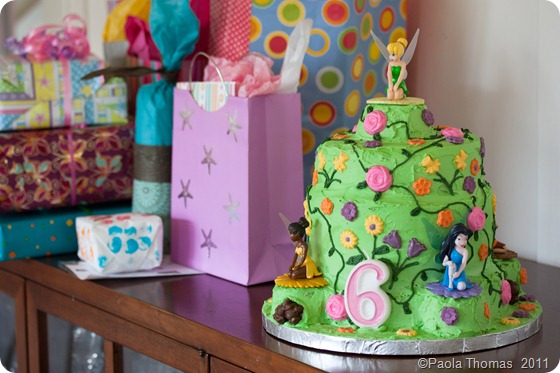 I was however nervous for the final piece de resistance.  Would the central rainbow cake be sufficiently lurid and rainbow-like?

It seems I needn’t have worried. 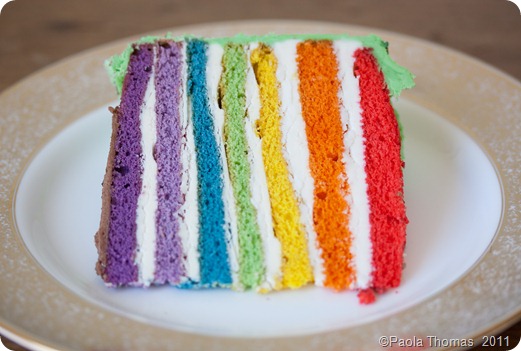 And the kids ADORED it. 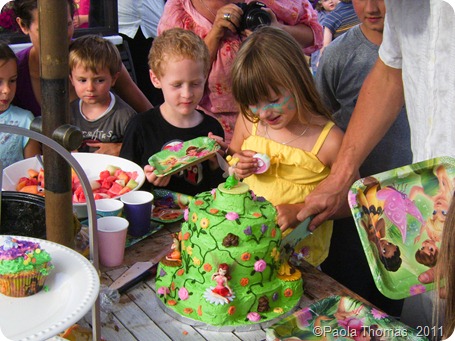 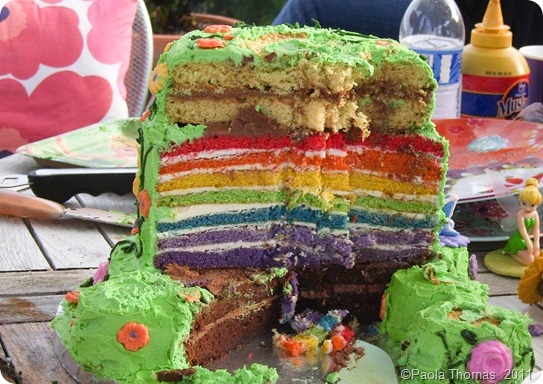 I am indebted to my father-in-law for the last two photos. Note the careful styling in this bottom pic, it took me ages to get the mustard bottle just so.