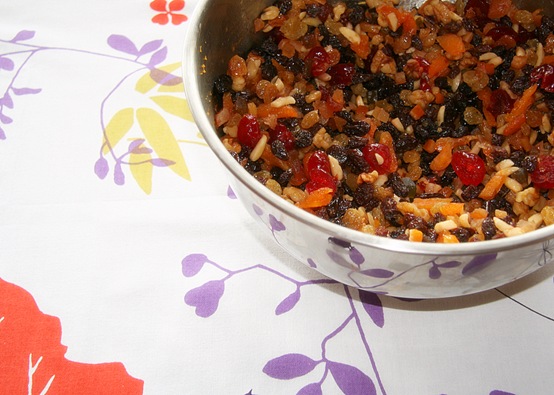 Interestingly Christmas round these parts (or, as I should euphemistically say, ‘the holidays’) seems to be rather Germanic in flavour with plenty of gingerbread and not a sign of traditional English Christmas cakes, Christmas puddings or mince pies.

We missed our Christmas cake last year and so this year have decided to make one courtesy of all the glace’ fruit we shipped back from Vancouver recently (how funny that one of the British delicacies we miss most is glace’ fruit).

For those of you who’ve never seen one before, a traditional British Christmas cake is a dark and dense rich fruit cake, made some considerable time before the big day, left to ‘mature’ through the constant application of brandy and then coated with thick layers of almond paste and royal icing.  It is a long and laborious process.  We started ours yesterday, though in an ideal world you should start making your cakes and puddings about two months before the big day.

My ma-in-law has many splendid qualities, not least of which is her quite ridiculously good Christmas cake. A couple of years ago she gave me the recipe, though this is the first time I’ve actually made it.  I was expecting some ancient family recipe carefully handed down through the generations, but instead discovered that it was a Waitrose recipe of very recent vintage. No matter, it’s absolutely delicious and the addition of less traditional ingredients such as dried apricots and glace’ pineapple means it isn’t as dark and dense as traditional cakes which are essentially a solid wall of raisins.

The first step, which the Minx and I completed yesterday, involved chopping and stirring an immense quantity of mixed dried fruits and nuts and then steeping them for 24 hours in orange juice and brandy. 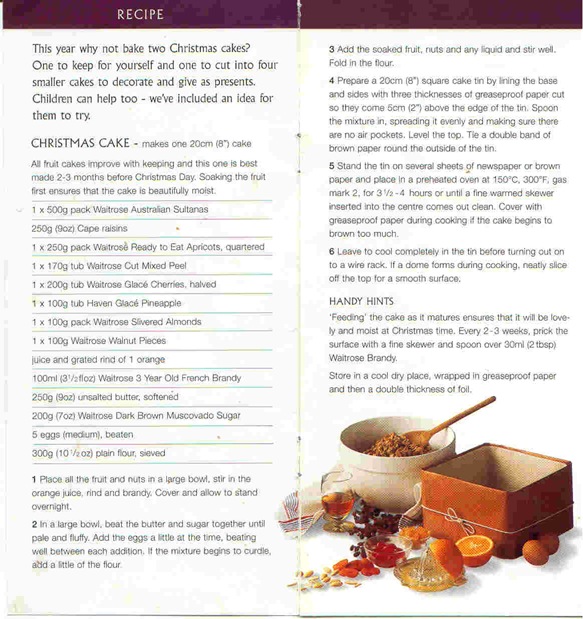