to you and your kin etc. etc. 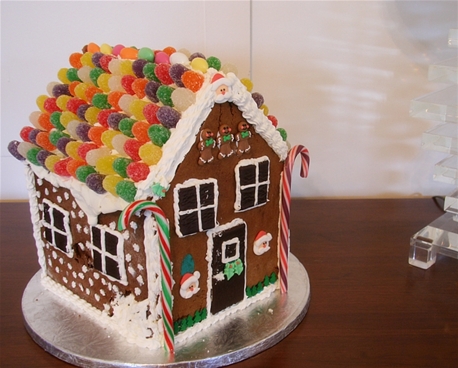 It is impossible to describe how proud the Minx (and I) are of this little creation, made with an excellent kit from Dancing Deer Baking Co. which is packed in a useful box which is also the form around which the house is built. 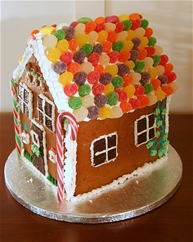 It’s the first time we’ve ever built a gingerbread house, but it certainly won’t be the last.  We were going to put dancing gingerbread men in the ‘garden’ but didn’t quite get round to it.

It’s funny how Christmas in the US is much more ‘Germanic’ than in the UK.  I suppose because the Puritans weren’t that into Christmas pudding, mince pies and Christmas cakes.

We’re flying off to the UK in a couple of hours time to indulge in unseemly quantities of Christmas pudding, crackers, mince pies, Christmas cakes and Strictly Come Dancing.

Merry Christmas and Happy Holidays to everyone who has visited this blog in the past year – I really appreciate all your emails and comments.

We’re flying back on the 2nd January, and I probably won’t be posting much much until then.  I’ve got big plans for next year though since, as from January, the Minx is going to be in daycare three days a week!  So I’ll have one more day to work on the shop and the blog.