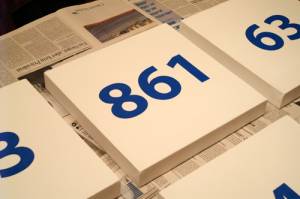 Is this art? This artist in Switzerland has just produced a thousand individual limited edition paintings of numbers which he is selling online. The more numbers that are sold the more expensive they become (minimum price $40). Apparently they’re flying round the Internet ( I found out about it through Seth’s blog) and flying off the shelves.

At Jake the Rake’s birthday picnic, the Minx upholds the family tradition for pursuing younger men. 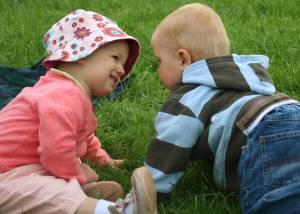 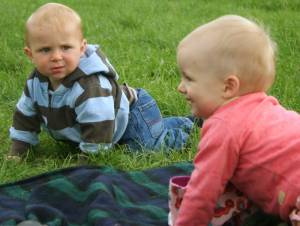 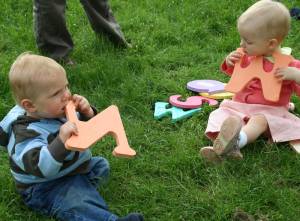 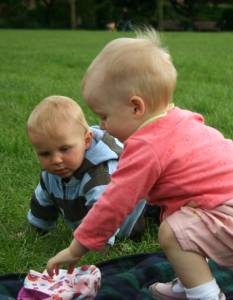 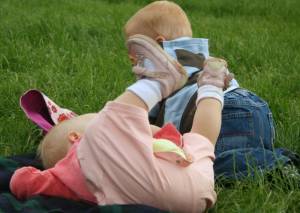 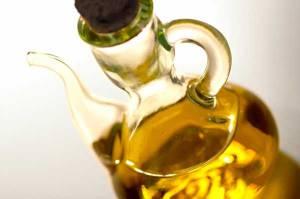 The reason you haven’t been updated on my spectacular weight loss recently is that there hasn’t been any. To be fair I haven’t exactly been following the Paul McKenna rules over the last couple of weeks either, so it’s hardly surprising.

In my ongoing quest for the ultimate weight-loss quick fix, I have, however, become intrigued by the online discussions of the Shangri- la diet.

I first came across the diet (which isn’t really a diet at all) via a post on Creating Passionate Users which is a very sensible blog with much of interest to say to marketers and geeks alike. It seemed so wacky that at first I thought it was just an elaborate hoax, but further reading seems to indicate that it is genuine.

The diet has been devised by Seth Roberts, a Professor of Psychology. He seems to be saying (I haven’t read the book, just paraphrasing stuff I’ve read online) that our natural instinct is to eat a lot when food is tasty and plentiful in readiness for times when it is not so easily available. Our weight problems are caused by the fact that nowadays food is always tasty and plentiful so our body sets a high natural weight ‘set point’. What the diet does is to trick the unconscious mind into believing that food is scarce by suggesting that we eat tasteless but calorie-rich foods – after all we would only choose such foods if there were nothing more tasty available. This apparently sets the body’s ‘set point’ lower.

The two foods he suggests are light, flavourless oils or sugared water. So apparently we should all be taking a tablespoon of neat oil or drinking some heavily sugared water a couple of times a day without eating anything else during a two hour window. And that’s it. Apparently this is quite enough to suppress your appetite, reduce the amount you eat and lead to permanent weight loss(Check out the CPU blog entry for more details or Seth Roberts’ own forums). .

Yes, I know it all sounds completely ridiculous. But too intriguing not to try for a couple of weeks or so. So over the last couple of days I’ve been chugging 1 tablespoon of oil mid-morning and 1 tablespoon of oil in mid-afternoon (I’m not doing the sugared water as I suspect it will play havoc with my blood sugar levels). I have decided to use Cool Oil, so that at the very least the oil I’m swigging is healthy, though rather than being tasteless it is completely disgusting. I don’t think I’ve lost any weight yet, but I do seem to be eating less and craving more healthy options such as fruit and vegetables rather than cheese.

Is this thing f*cking with my brain? 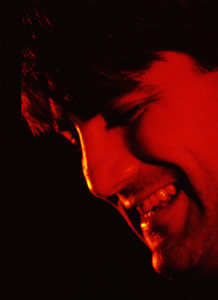 Well, today we joined the 21st century and downloaded the American Idol Final and Finale to watch rather than watching the heavily edited, ad-filled version on ITV2. Am so glad I did because now I have the spectacular finale to keep – haven’t enjoyed an evening’s telly so much in ages.

Anyway here are some random thoughts on proceedings.

An article I wrote on interiors trends for summer has appeared in Exeter Living, one of those freebie property magazines which come through the letterbox and make you wish you had several million quid to blow on a large Georgian country property.

It’s not quite House and Garden but I’m sure they’ll be on the phone any moment asking for insightful quotes.

(Thanks to Lissie of this blog and Managing Editor of the magazine for the opportunity to contribute.) 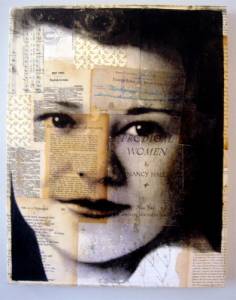 One of the very best things about this blogging lark has been coming across so many interesting and talented people in my comments box, many of whom have blogs of their own. So I have decided to instigate the hugely prestigious mirror mirror ‘Commenter of the Week’ awards.

The very first recipient of this coveted award is the highly talented Michelle Caplan, who makes the most wonderful collages from old photographs, old printed materials and other ephemera. She has a lovely blog and website and makes insightful comments about Marmite. I am thinking of commissioning a big collage from her when we move to Seattle, possibly using a photograph of my grandmother, and hope one day to be able to feature her notecards on mirror mirror.

To be considered as a ‘Commenter of the Week’ you need to be hugely interesting and talented, have a blog of your own and have commented at least once on the mirror mirror blog. Your prize will be an all-expenses paid trip to the Maldives the prestige, and a showcase in front of the mirror mirror blog’s vast readership.

I am hoping that Michelle herself will pop into the comments box to give us her winner’s speech and also tell us what she will be wearing on the red carpet. 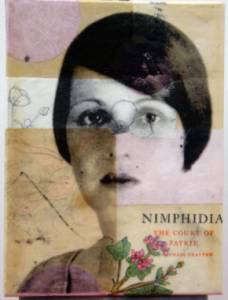 I went to the Pulse trade show this afternoon at Earl’s Court.

I went to my first trade show, together with my then business partner, just over two years ago. I felt like a complete charlatan then, as at that stage we didn’t even have a company, our little shop was just a dream and I had no idea even what questions we should ask. I remember thinking that no supplier in their right mind would give us the time of day, let alone agree to associate their brand with ours. Instead people were super-friendly and helpful and many came on board before they ever saw the finished website.

It was such a different experience today. Now when I go to trade shows many of our suppliers are there, so I get to have a good gossip with them all. When I’m talking to potential new suppliers I have a much better idea of what I’m looking for, what jives with the mirror mirror brand and what will sell well online. I am unfazed by talk of minimum orders and pro-forma invoices and can talk with authority about future trends. In short I appear to have become a shopkeeper. And very nice it feels too.

Current trends include masses of lime green and turquoise for late summer; graphic swirly patterns; vintage fabrics and black and white. And it looks like there’s going to be lots of rich burgundy, purple and grey around for winter.

I also got to see in person the gorgeous knitted chair by Ruth Cross which has recently featured on both Cally’s blog and Decor8.

That Was The Week That Was: NYC Edition

Project Nemo – The Story of the Cake 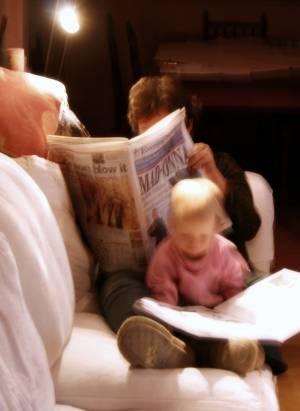 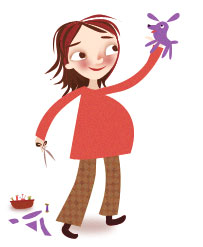 I’m very excited by kiddley.com – the new blog from Claire Robertson who also writes the award-winning loobylu. It’s full of craft projects and other great ideas to keep kids entertained and I’m sure will be an invaluable resource when the Minx gets a little bit older (currently her idea of a good time is to festoon the bathroom with unravelled toilet rolls, which is not necessarily the sort of creativity that I’m keen to encourage). I have no idea how Claire finds the time to maintain both blogs, particularly as she is currently thirty eight weeks pregnant and should by rights be lounging on a chaise longue eating chocolate and complaining about her swollen ankles.

While we’re on the subject of kids’ stuff, Holly at Decor8 has just written a fab article listing some cool new products for babies and children. It is still really difficult nowadays to find beautifully-designed products for children that aren’t either made of primary-coloured plastic or smothered with cutesy pictures of rabbits and bears. I’ve been thinking for a long time of getting wonderfully-designed babies and childrens’ products onto mirror mirror, but I think that will have to wait until after we’ve launched the catalogue, moved to Seattle, started making money etc.

I am especially in love with the wonderful chairs by Jennifer DeLonge. The Minx is definitely getting one when we move to Seattle. The vintage patterns are fab – wonderful to find things which are bright and colourful but will happily fit into the most grown-up room. 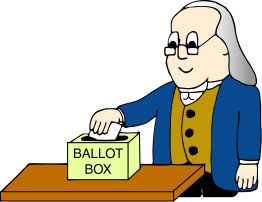 Thanks to all who voted in the poll. I thought it was interesting that 40% (it sounds better than 4) of you actually run your own businesses and 50% (er, 5) would love to do so if you could. I’ve been thinking of talking more about issues to do with running your own business on the blog, particularly as there seem to be so few women blogging about business and even fewer blogging about business in the UK.

If you know of any good resources/blogs for women in business then please let me know and I’ll try to incorporate them somewhere on the site.