Don’t hate me too much, but this time tomorrow I’m going to be here. We found it through a fabulous website called Luxury Link which auctions off packages in luxury hotels at quite ridiculous rates. So we’ve got a suite and everything.

Am so looking forward to being back in the land of my forefathers (well, not exactly, my mother came from Piemonte) – it’s been over two years since we were in Italy, which is two years too long in my book. And it will be nice to take the Minx to the land of her forefathers for the first time too, though this time round we’re just chilling and not visiting relatives.

So I’ll be back on Thursday. Don’t miss me too much. I’ve set a couple of posts to launch whìle we’re away (whether they do or not is another matter entirely) so you can pretend I’m still here. Missing you already! 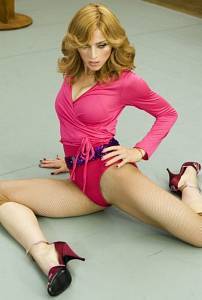 Well, here as promised is an update on my weight-loss (I use this term loosely) regime.

I am mostly trying to follow Paul McKenna’s book I Can Make You Thin, which is quite a slim tome itself as it basically contains only five golden rules and then some stuff about reprogramming your mind to behave like a ‘naturally thin’ person.

The golden rules are:

I have to say that after dieting for my entire adult life, my mind is pretty screwed up when it comes to food. I’ve been following so many conflicting rules over the years – low-fat, no carbs etc. etc. – that the very act of eating makes me feel guilty. But I do love good food, and it was so refreshing to be able to take things back to basics mentally.

But does it work? Well I’ve only lost about 1 and 1/2 pounds so far which is somewhat depressing, though the good news is that I have not felt in the slightest bit deprived or like I’ve been on a diet at all. And I have to say that I’ve been sticking to the rules badly overall. And I definitely need to add more exercise to the mix. So onwards and upwards.

I will report back.

I’m sure bloggers everywhere will welcome the availability of this new statistical report created especially for us by GapingVoid. 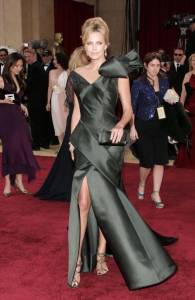 I think it’s about time we talked a bit more about starting and running your own business, particularly as a female entrepreneur.

I found this article (on Paper Bride – a cool blog by a woman in NYC who runs her own bridal stationery business) about handbag designer Lauren Merkin’s quest to get Oscars red carpet exposure for her handbags really interesting – mostly the fact that she spent over $30,000 trying to get a sleb to carry one of her bags and the fact that she thought it was all worthwhile (though she would say that wouldn’t she?) Though admittedly it has got her exposure on the mirror mirror blog, which will, I’m sure, send handbag sales soaring. (By the way, could the slebs have been put off by the definition of the word ‘merkin’? I’m not sure I’d want to be carrying a Merkin bag.)

mirror mirror has been invited to contribute things for goodie bags on a few occasions but we’ve always turned them down so far – mostly because it costs a fortune to give that amount of stuff away, and also because it’s unlikely that any celebrity is going to be photographed parading down the red carpet with a scented candle on her head (though that would surely get the paparazzi going).

The article reveals that the whole Oscars circus is even more of a racket than I had assumed and makes one wonder even more how celebrities (mentioning no names Charlize) can still get it SO wrong. 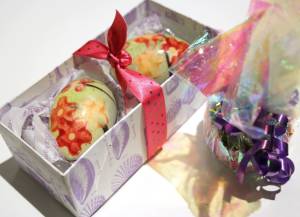 Here at last is the picture of my Easter eggs as promised. This year, in view of my weight-loss regime (of which, ahem, more later), I decided to go for quality rather than quantity with two exquisite painted eggs from Rococo chocolates. They looked almost too good to eat but somehow we managed. (The cellophane-wrapped object on the right is the little Easter nest, made of chocolate and Shredded Wheat, which the Minx ‘made’ for us at nursery – she is such a precocious child).

I also recently found these rather amusing instructions for creating Faberge Easter eggs from the quite brilliant Pimp My Snack. 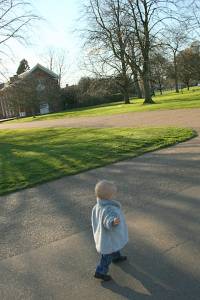 I’ve just come across (via my blog stats of course) a really fantastic little Internet tool called Stumble Upon.

First you download a little application/tool bar (definitely NOT a virus or spyware and takes only a few seconds). Next you answer a few questions about yourself and your preferences and then hit the ‘Stumble Upon’ button in the toolbar. Every time you hit ‘Stumble Upon’ a new, completely wonderful, website which matches your personal interests and which has been recommended by other ‘Stumblers’ will be served up to you.

You can then use the tool bar to rate the sites as they are served to you and Stumble Upon uses your ratings to personalise its selections for you even more. You can also use the toolbar to rate websites that you like and recommend them to other Stumblers.

It’s difficult to explain – just go and download it and see for yourselves!

Saturday ushered in the most glorious Spring day here in London, so we abandoned all plans and set off for Kew Gardens in search of bluebells. Which, because Spring was so late this year, were nowhere to be seen.

So we had to make do with magnolias instead. 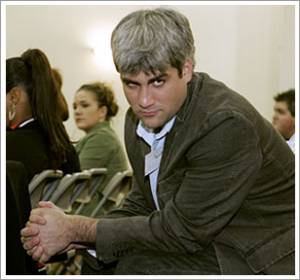 Oh well, I suppose I’d better ‘fess up. I love American Idol. It is the perfect Friday night TV for those of us for whom going out on a Friday night is but a distant memory (here in the UK we get a hugely edited version of the performance show and the results show in one fell Friday swoop).

Except this season wasn’t really getting me excited, well, not in comparison with the beyond awesome series 3 with Fantasia, LaToya, Jennifer Hudson (I LURVED her – I’m so thrilled she’s going to star in the movie of Dreamgirls) and the adorable George Huff.

Until last night, when Taylor Hicks – the long lost lovechild of John Belushi and Father Ted – had me jumping about in my living room. Yes, I am that sad. First ‘goosebumps’ moment of the series so far.

While I’m in an American Idol frame of mind here are a few of my favourite performances from previous seasons.

And here are a couple from probably my all time fave Jennifer Hudson.

I’ve just discovered the cover archive on the fabulous vogue.co.uk. Could browse through it for hours, but here are a few of the covers which took my fancy. Particularly loving the illustrated covers of the Twenties and Thirties. So much nicer than the boring old models and slebs they use nowadays. 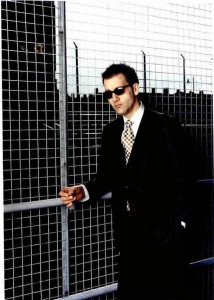 I thought we’d all appreciate a quick squiz at GQ’s Top Ten Best-Dressed Men. Purely in the interests of research of course.

Interesting that the emphasis this year is on the suit. GQ is calling this return to a more formal style ‘dapper masculinity’ (I shall pass this on to the Husband). And David Beckham is ageing very badly.