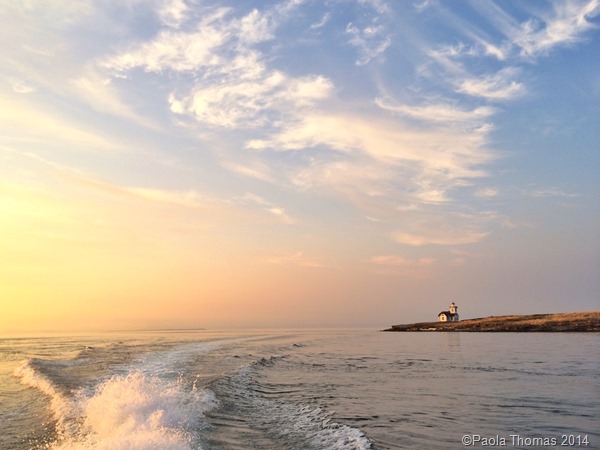 This weekend we were dropping the Minx off for an eleven day camp at magical Canoe Island in the San Juan Islands, a couple of hours north west of Seattle (overnight camp!!!) and decided to make a weekend of it. On a bit of whim, we booked ourselves on a whalewatching trip to see the islands’ pods of resident orcas in the San Juans. Long time readers of this blog may remember that we’ve been twice before and not spotted even the fin of a single whale –  the mythical orcas were obviously a figment of the Washington Tourist Board’s imagination.

We set off on a glorious afternoon through the beds of bull kelp. 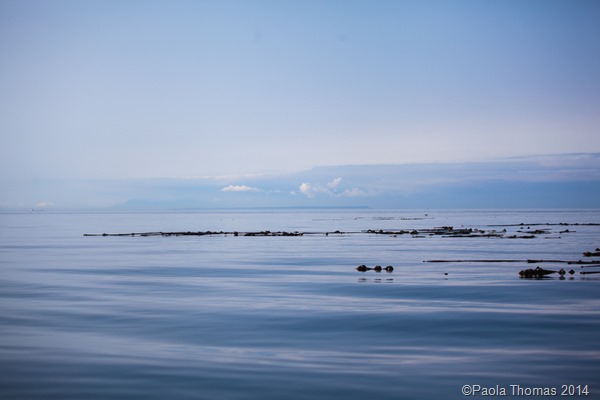 The Husband and the Minx were excited. 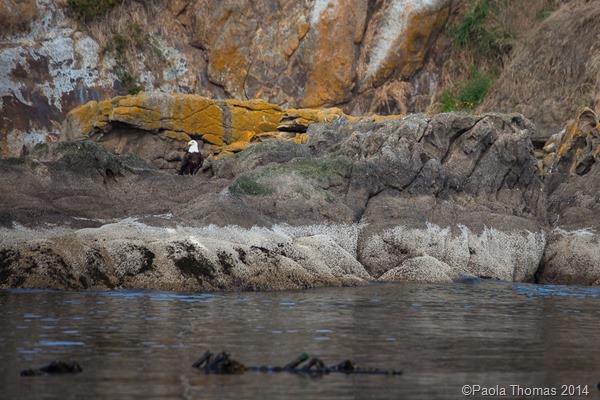 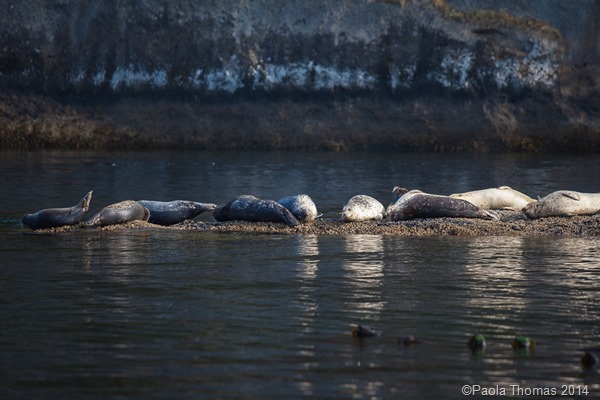 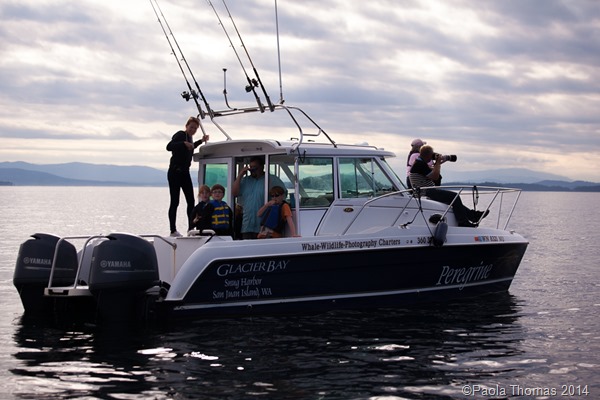 And then, behold! A fin! 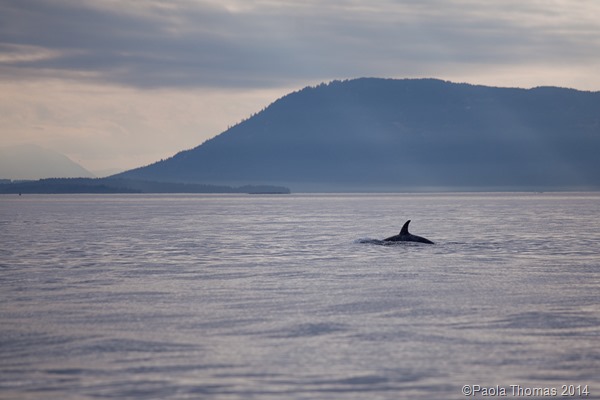 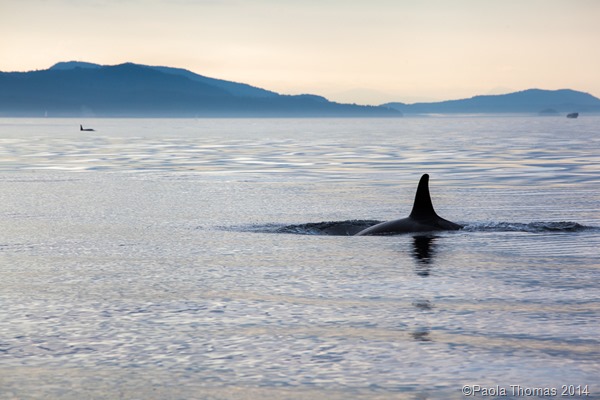 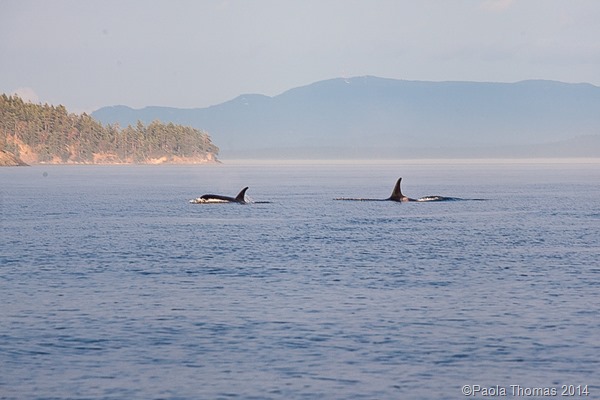 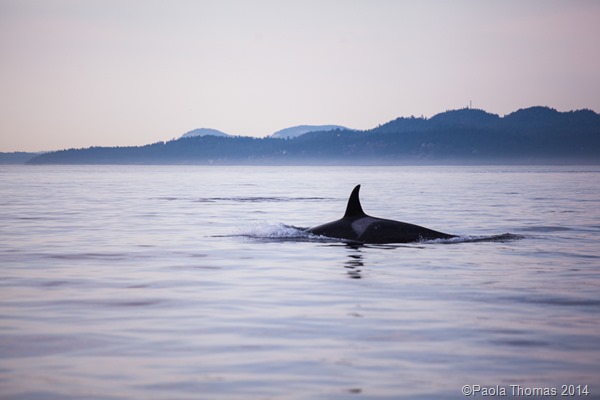 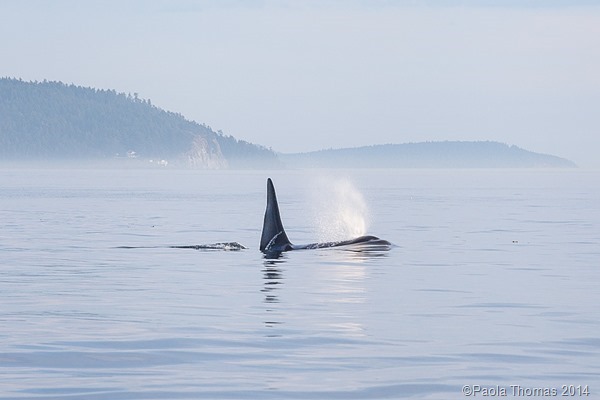 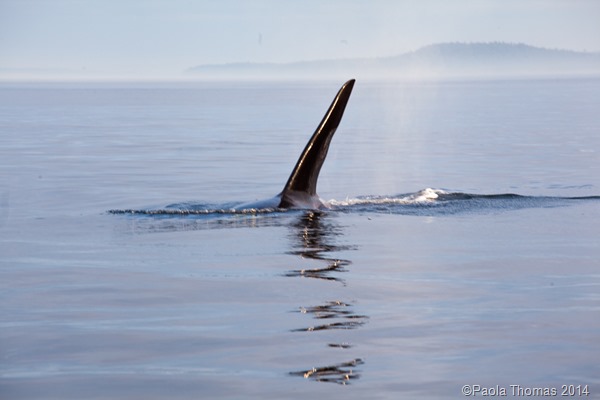 until, peekaboo I see you! 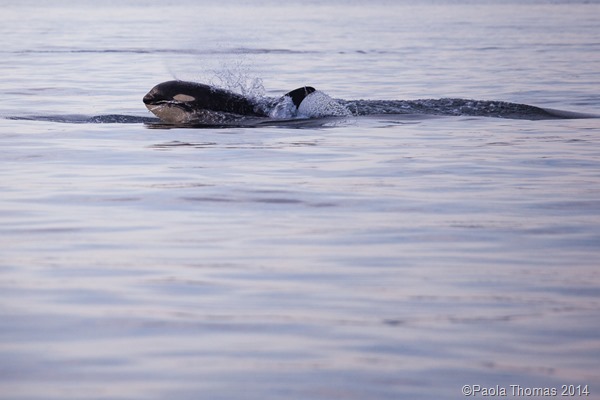 Wildlife photography is HARD, people! The boat is always gently rocking, the boats are not permitted to get too close, and those pesky whales would pop up and disappear when you were least expecting it. These pics are the best out of dozens and dozens I took, of several different orcas. Male orcas have straight side fins and females have curved ones, and that’s mostly all you get to to see. 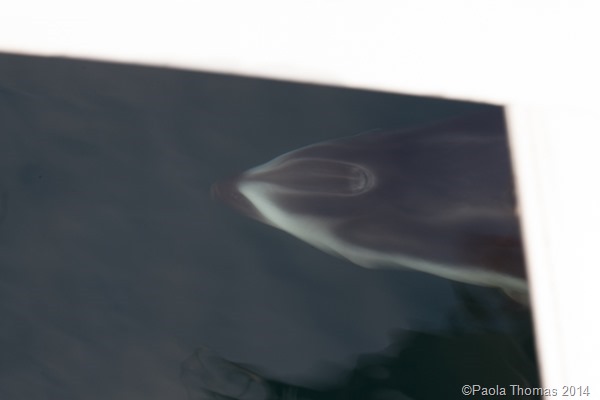 We also had the company of a whitesided dolphin who kept racing our boat before moving over to the side to breathe. Our captain was really excited by this as apparently they’re rare in the San Juans and it was the first he had seen all year. 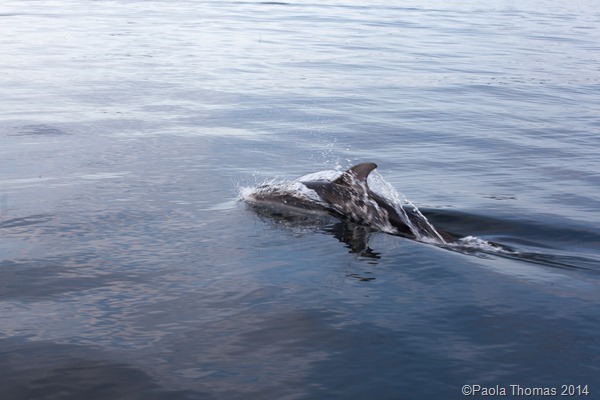 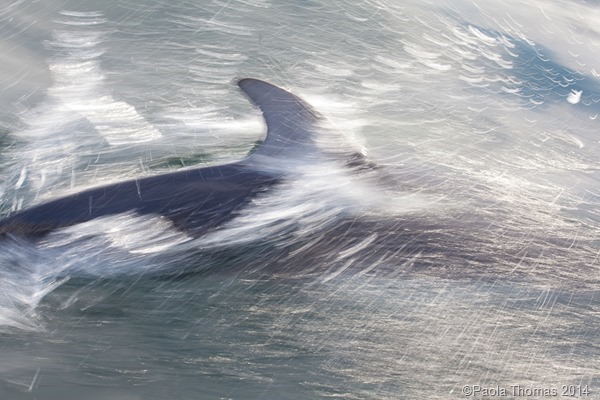 After a while the dolphin spurned us, to go and play with one of the orcas! I would have loved to have had an underwater camera at this point. 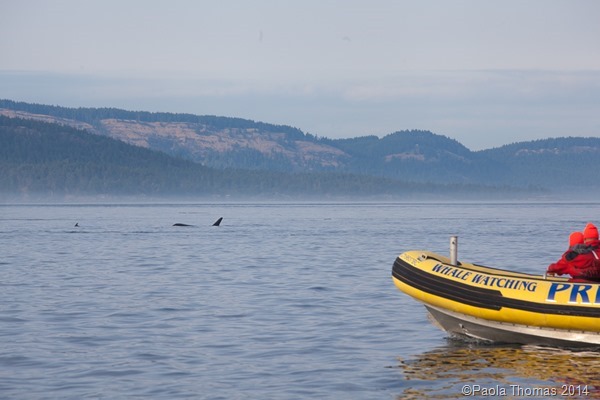 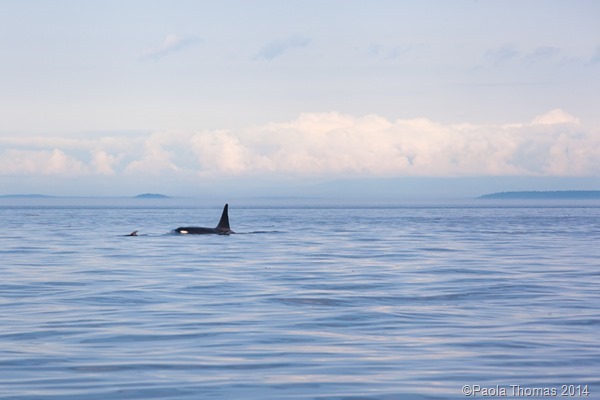 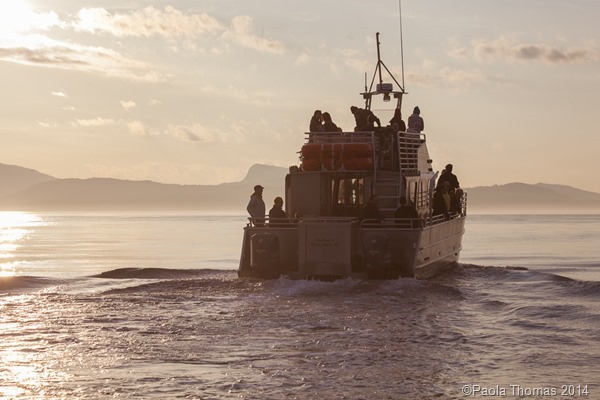 After that we headed back to Eastsound, and into the most glorious sunset. The stunning beauty of the day and of those playful giants of the ocean will live for a long time in my mind. Sometimes magical is not a strong enough word. How lucky we were. 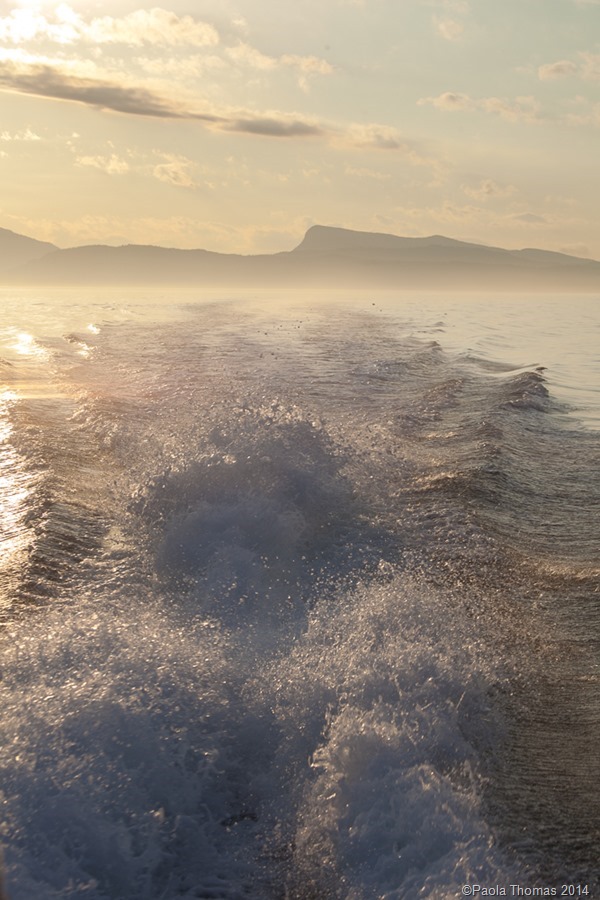 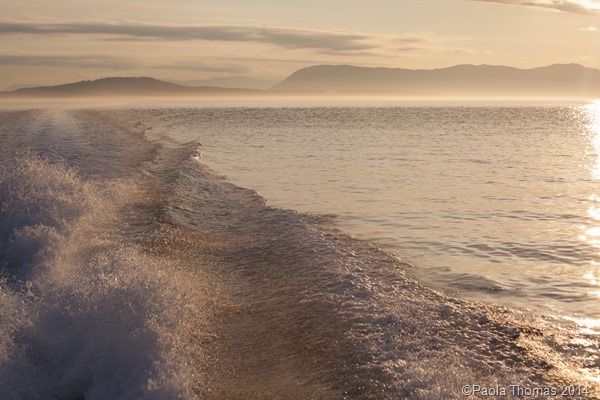 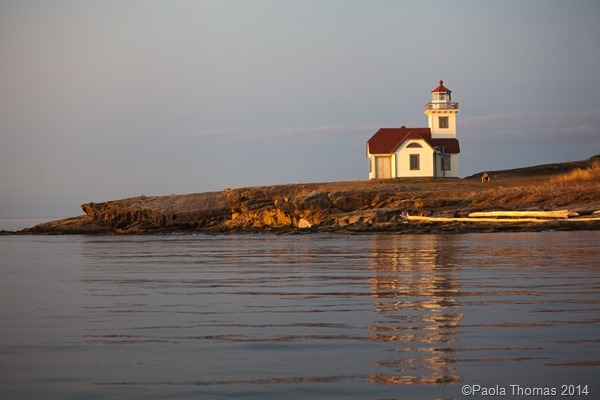 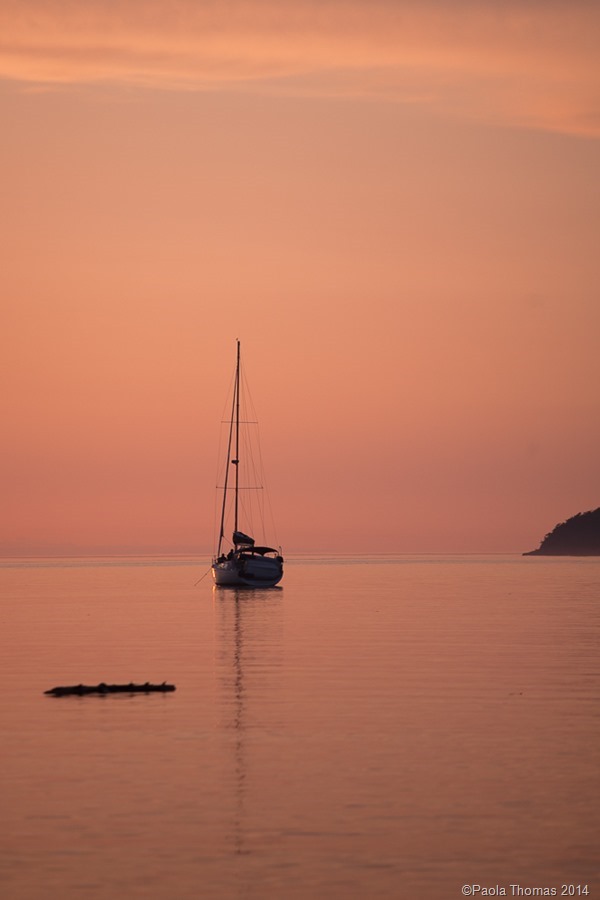 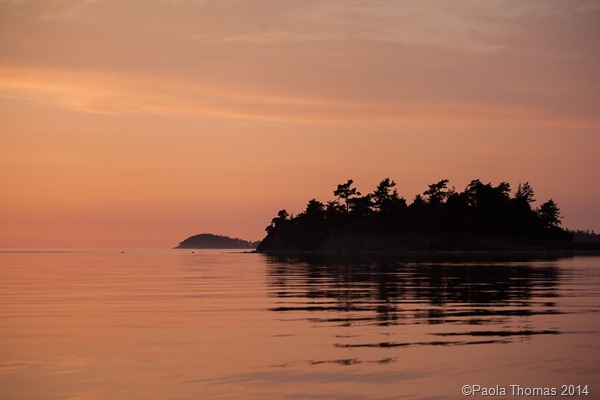 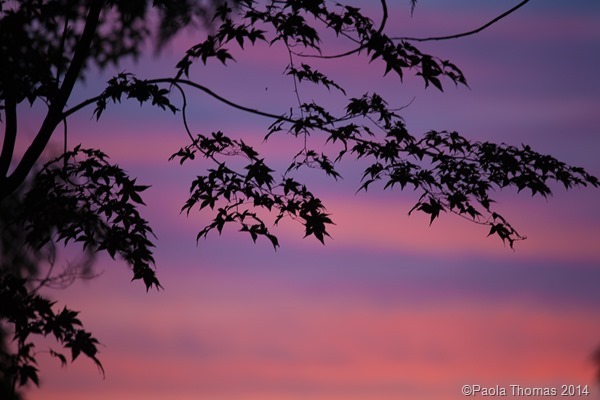 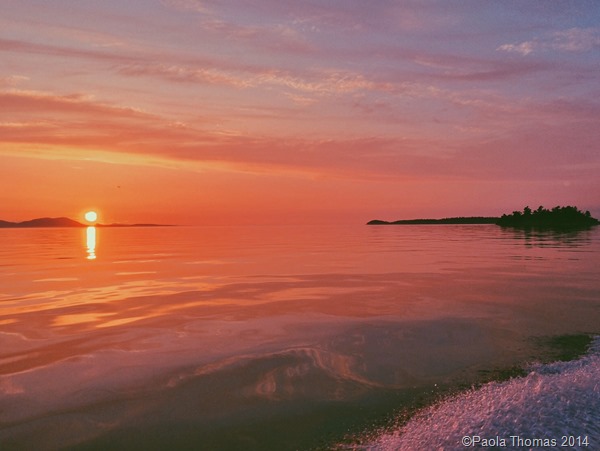