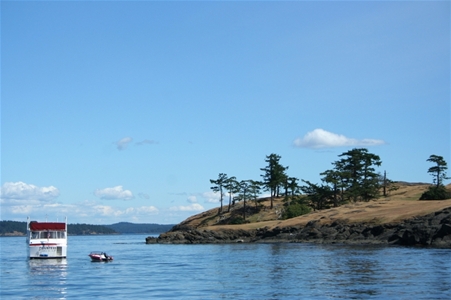 Friends are visiting from New Jersey, so off we went to the San Juan Islands just off the coast here in search of killer whales (which sounds so much more daring than orca-spotting).

People have raved to us about the San Juans ever since arrived, but it’s the first time we’ve been.  It was an absolutely glorious day as we drove to Anacortes, jumped on the ferry to Friday Harbor in San Juan Island (a beautiful trip in and of itself) and then finally onto the whale watching boat. The islands themselves reminded me very much of the Greek islands – the water was the same dark blue as the Aegean and the islands are quite craggy and loom high out of the sea.

The only differences were the fir trees clinging to the sides and the fact that the water was apparently only 45 degrees Fahrenheit.  If you could swim in the sea in this place I would definitely never go back home to the UK. 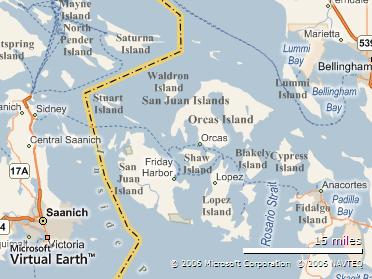 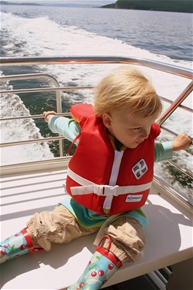 The Minx had a whale of a time (all puns intended) careering round the boat. 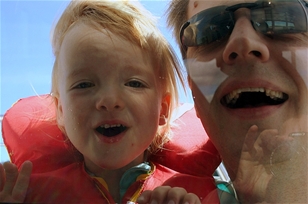 And bald eagles and seals were observed (I definitely need a telephoto lens). 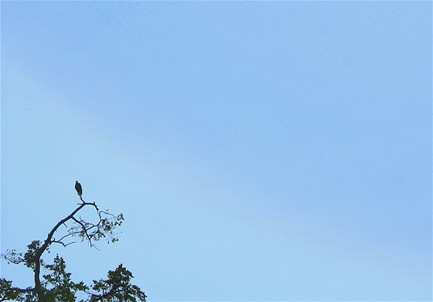 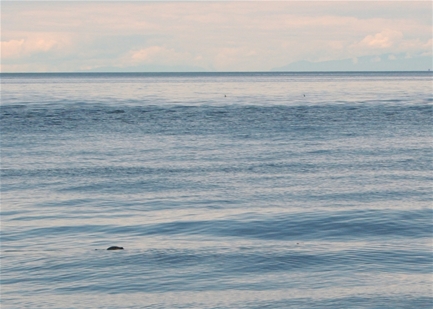 The black blob is a seal’s nose

You may have noticed that the only things missing were the orcas themselves.  Apparently three pods of whales live in and around the islands and on the whale watching trips you have about a 90% chance of seeing them.  But yesterday they eluded us, even though we zoomed right out into Canadian waters.

Unfortunately, that just means we’ll have to go again.