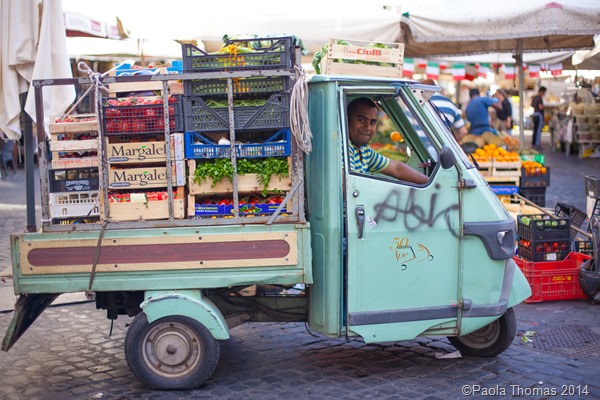 This year we decided to start our family vacation in Rome, and I went back for the first time since working there for six months way back when.

I had lived in an apartment in Campo de’ Fiori in the heart of the medieval Centro Storico, which I adored, and this time we decided to rent a really cute Air BnB apartment in the same neighbourhood. One of the things I love most about Campo de’ Fiori is the magnificent market which fills the piazza every morning and is a paradise for food and street photography. It was great just to hang out in the mornings watching the stallholders and restaurant owners set up, before the serious sightseeing of the day began. 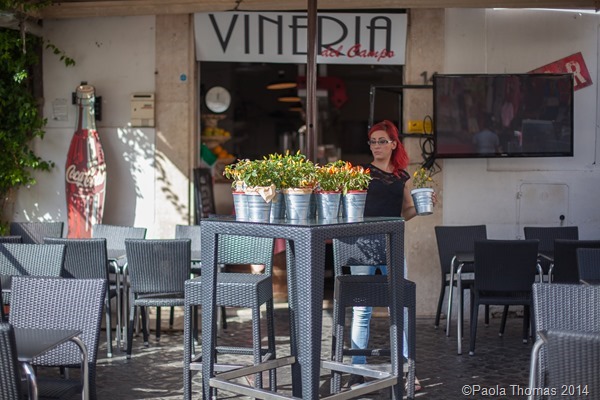 Come for a little walk with me through the twisty streets of Rome and the market of Campo de’ Fiori. 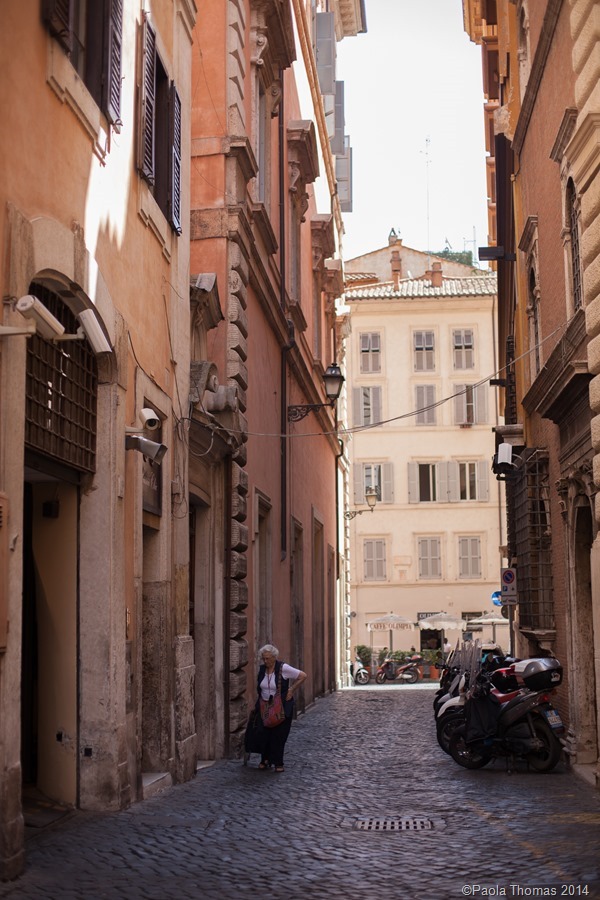 Our apartment was in this little cobbled street between Campo de’ Fiori and Piazza Farnese. 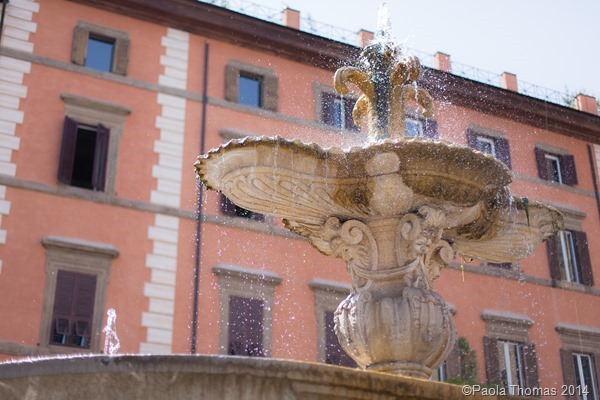 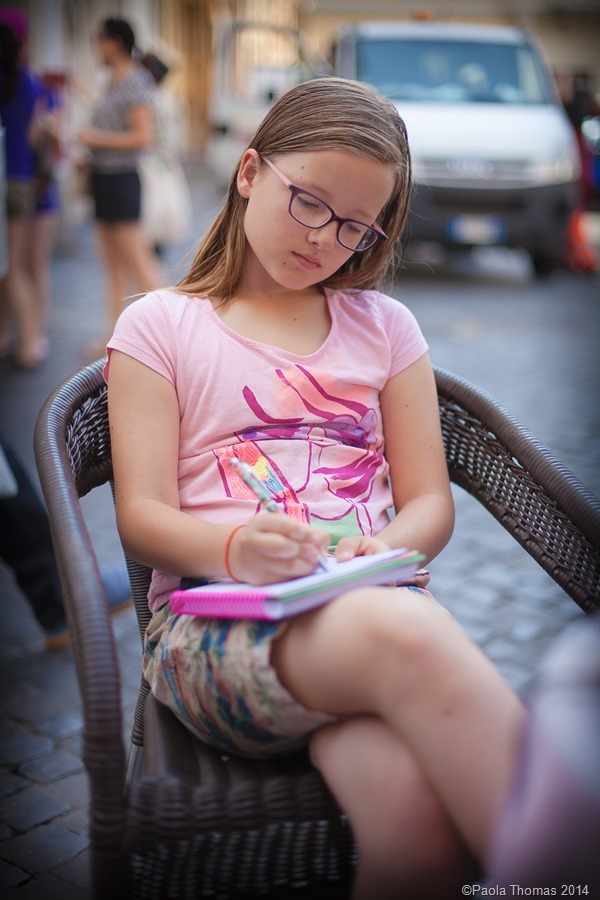 We breakfasted every morning in the Caffe Farnese, five minutes from our apartment. Here is the Minx writing her vacation journal (she became markedly less diligent the further we got into our holiday). 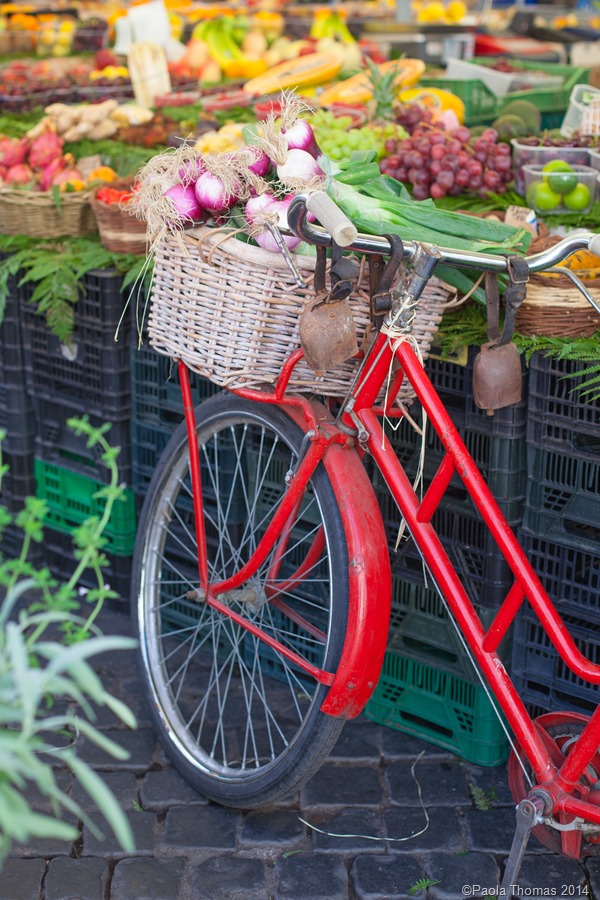 The market was a delight. 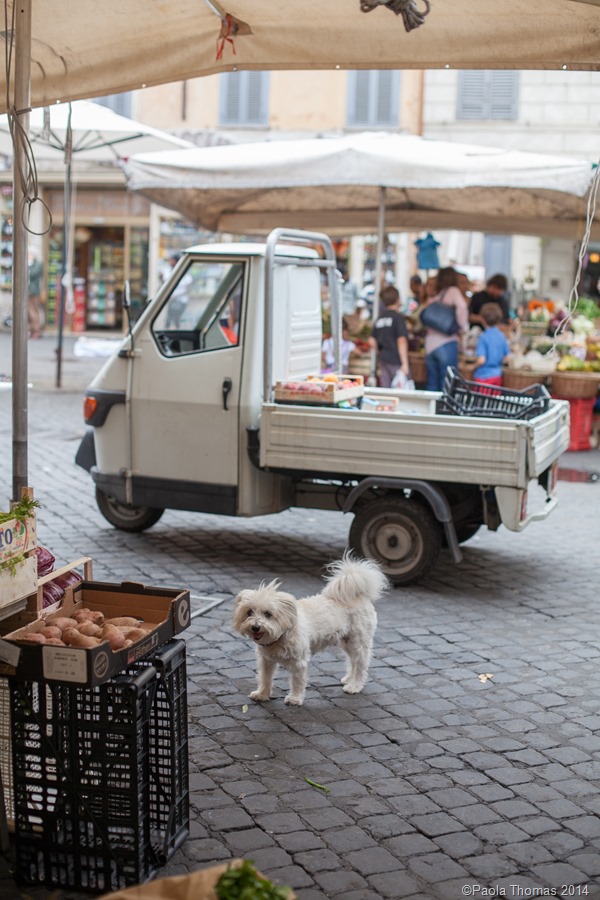 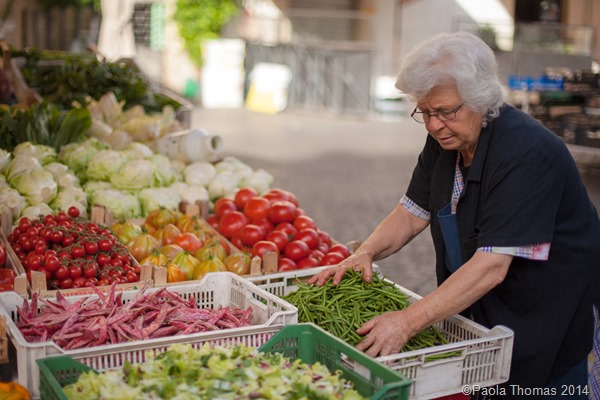 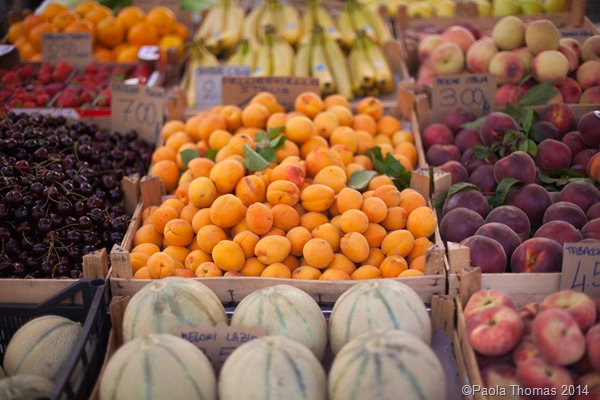 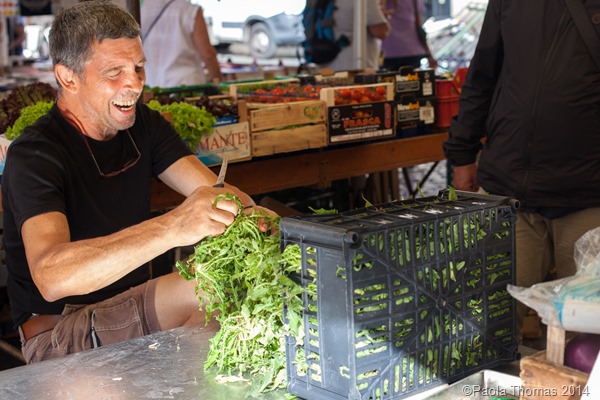 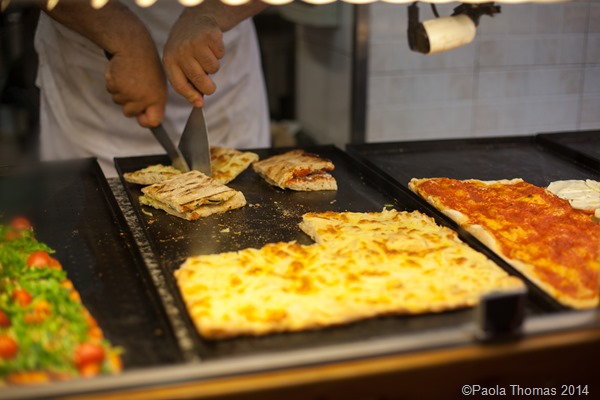 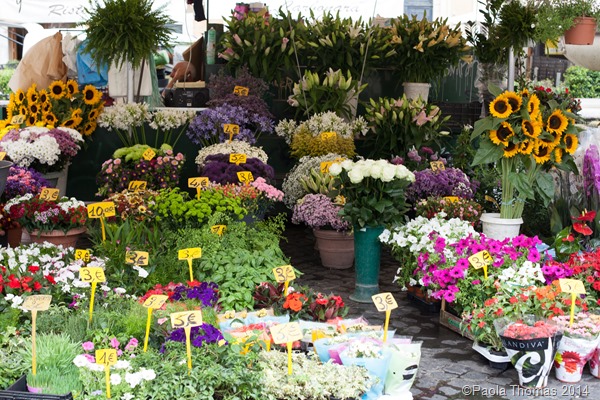 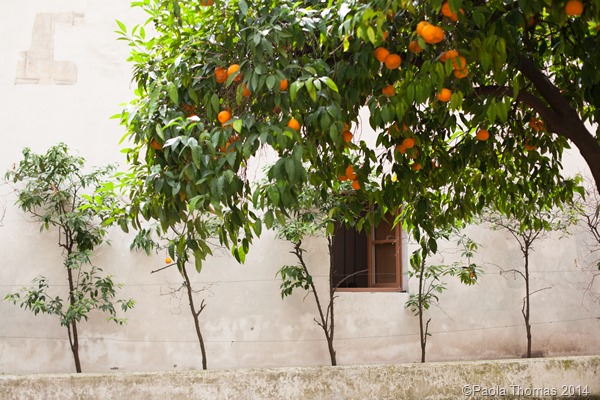 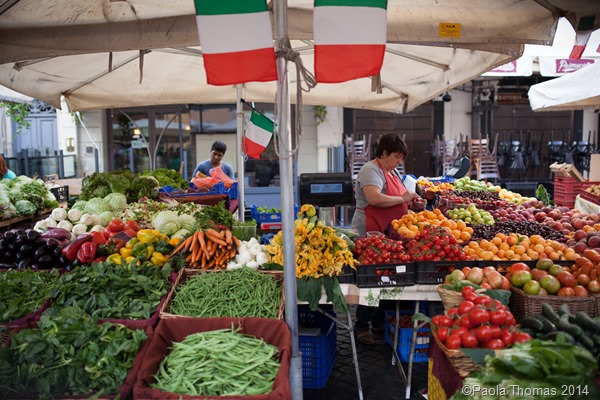 Rome was gripped by World Cup fever when we arrived, which lasted only until Italy’s ignominious defeat at the hands, or more accurately teeth, of Uruguay, which we watched in one of the open air restaurants in the piazza. 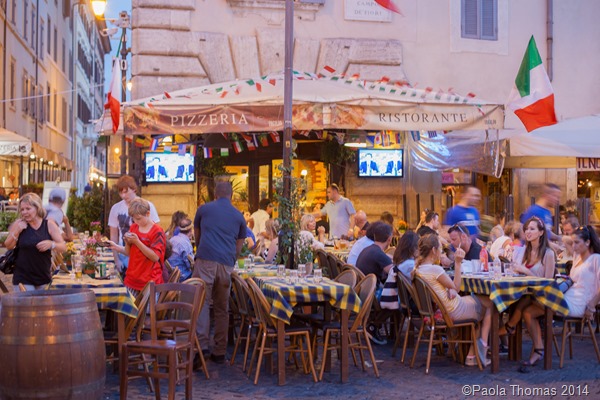 Even my old friend, the statue of Giordano Bruno, which gazes out over the piazza at the site where he was burned to death, was subdued that evening. 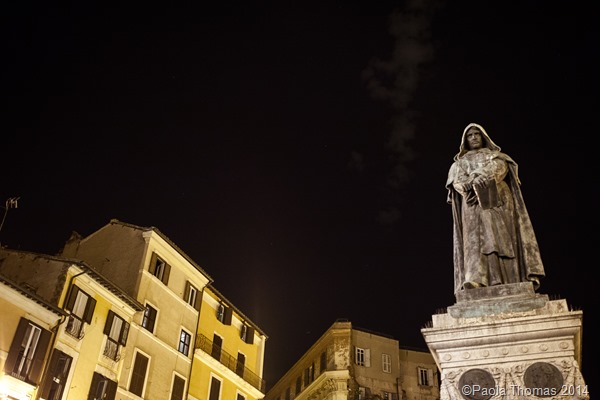 Unfortunately I made a terrible parenting mistake by buying Mission Rome for the Minx. It’s a sightseeing scavenger hunt book which I thought would keep the Minx vaguely amused if we took in a few sights.

Instead I refer to the review of the book I wrote on Amazon. My love/hate relationship with this book runs very deep.

If you want to have a pleasant, relaxing, wine-fuelled Roman interlude that is… I bought this for my nine-year old daughter and then spent 3 days being marched all over Rome while she figured out every possible permutation of itinerary and points scores (also tremendously good for her math). Half of me was thrilled she was so inspired and half of me wanted to take the book to the very heart of the Colosseum (4 points), stab it, burn it and gouge its eyes out .

This book is like sightseeing crack, perfectly pitched at 3rd to 6th graders, and has pulled together some really interesting facts and cool things to locate, which kept the interest not just of my grade schooler but also of her exhausted parents. Thank goodness we only had three days to spend in Rome and very good walking shoes. Seriously you buy this book at your peril. Caveat emptor.

Here’s the Minx scribbling in the accursed book and here’s the Husband just after telling some heinous lie to the Bocca della Verita. 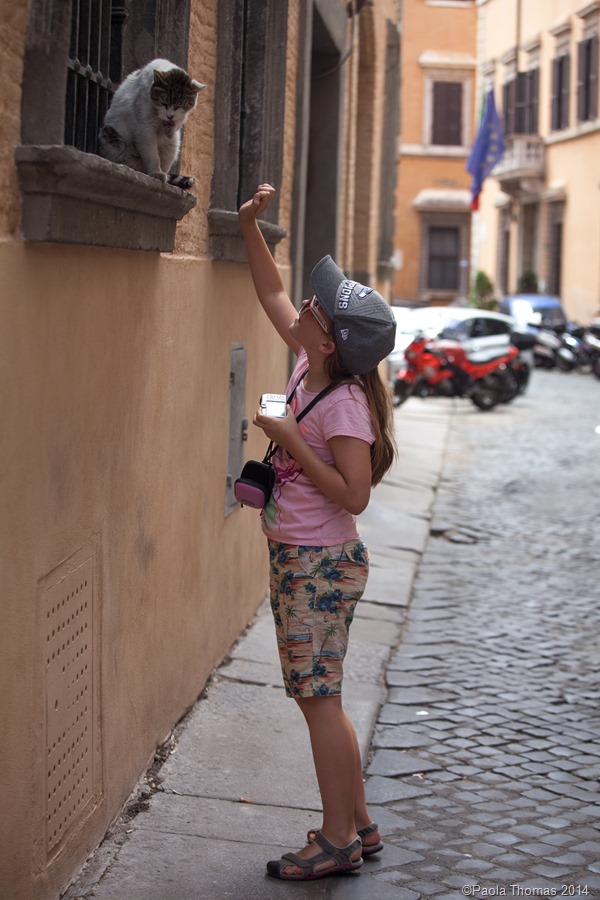 I think we stopped to talk to pretty much every cat in Rome. 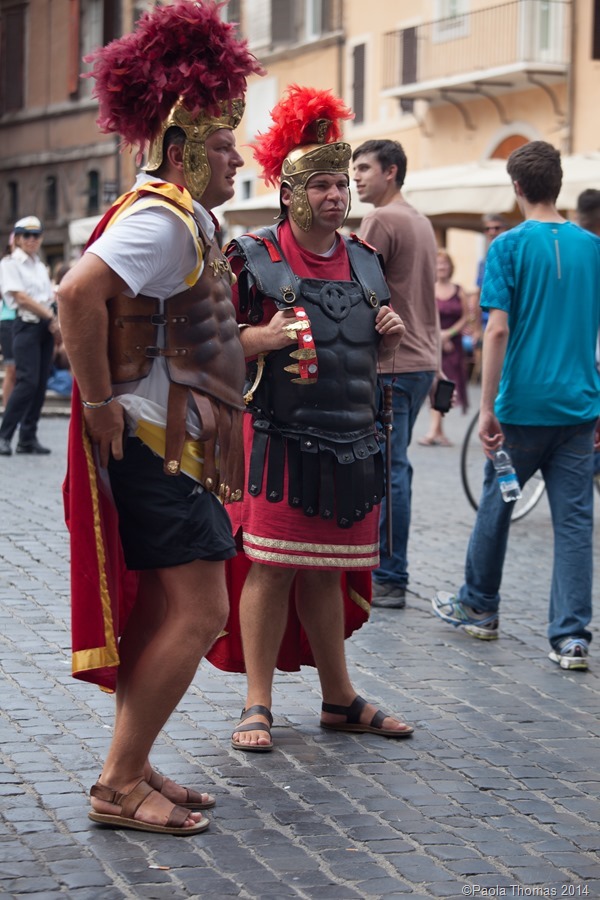 And, as has been the case since time immemorial, the cobbled streets of the Eternal City were filled with gladiators and nuns. 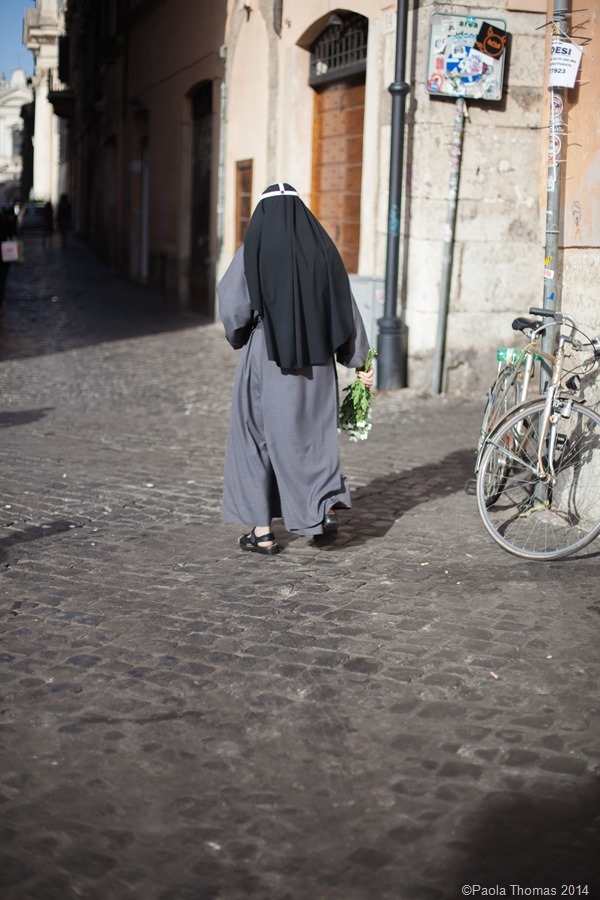 It was lovely to be back.