One thing that really struck me when I went back to London was the sheer number of Union Jacks (or Union Flags for the pedants amongst us) everywhere. 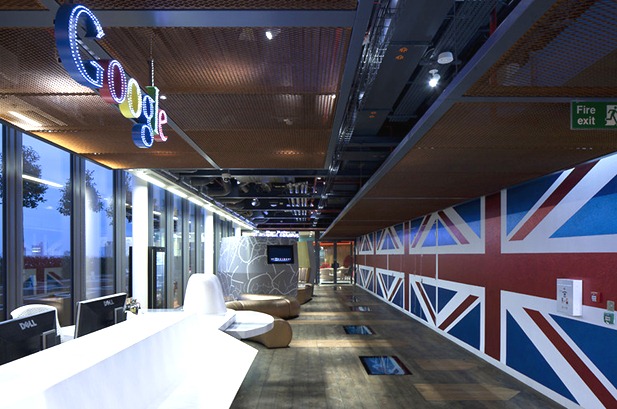 Not surprisingly with the Jubilee being followed by the Olympics, the place was awash with red, white and blue bunting and you couldn’t move for Union Jack merchandise.  Mostly fabulously of all most of it wasn’t done in a tacky way.  It seems the Union Jack has finally been reclaimed even by top end designers as a bit of a style icon.  There really was some good stuff out there.

So it seems that Google have hit the nail right on the head with their new London HQ, designed by award-winning British architects Penson Group.  Not only have they taken the Union Jack, but they’ve mixed in a huge number of dated British design clichés – chintz, lampshades, swirly carpets, Chesterfield sofas, wood panelling etc.  – and made them fun, witty and contemporary again. 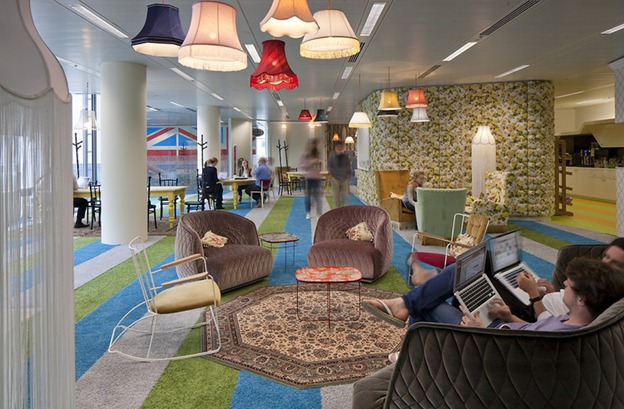 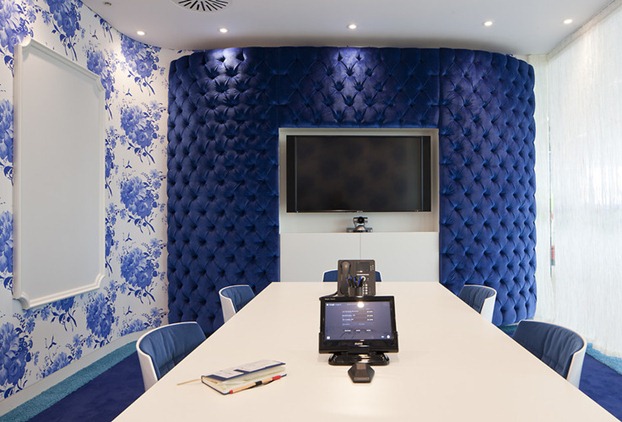 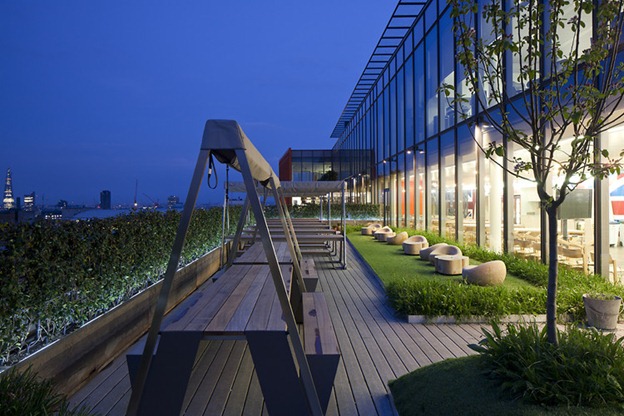 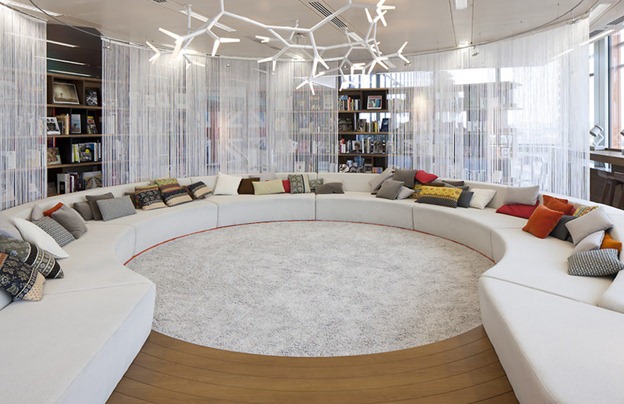 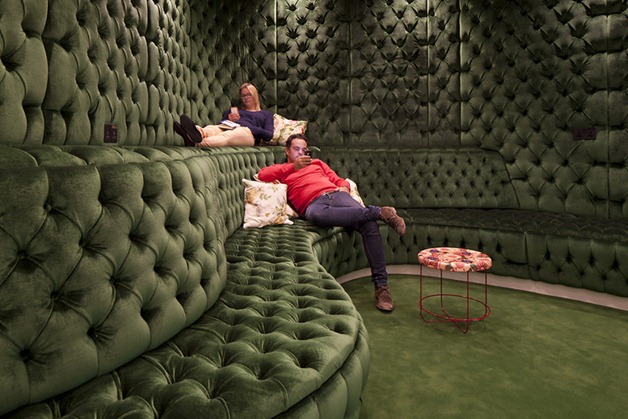 I generally loathe that very trad English maiden auntish style of décor but this is fabulous. (Though I’d never get a stroke of work done here).

But what do you guys think? Do you love these offices, or should chintz, lampshades and swirly carpets be consigned forever to the dustbin of history, never to emerge?

Scribbler on the Wall – Charlotte Mann