Only three days late.  One day I’ll get good at this ‘blogging to schedule’ malarkey.

So we touched on this in the comments to a recent post, but I thought it was time we properly dealt with London’s Olympic shame.

When it was announced that London had won the Olympics bid, I was looking forward to my home town showing the rest of the world why it is a capital of style, creativity, incredible design and all round fabulosity. 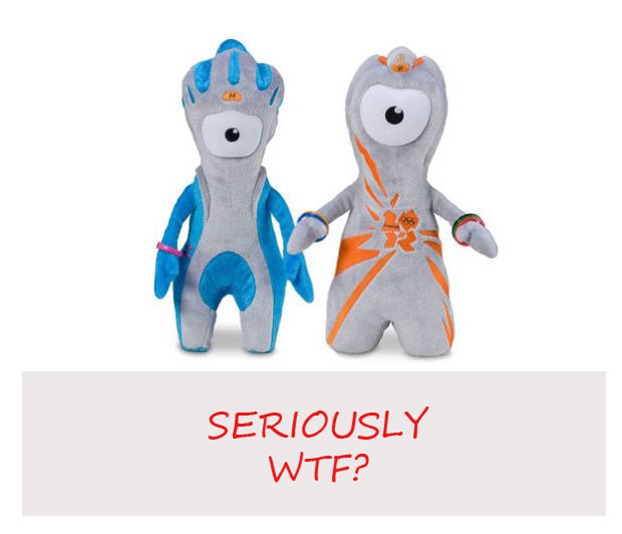 And then the mascots – Wenlock and Mandeville -  were unveiled (the logo I can’t bear even to talk about).  They are apparently supposed to be one-eyed drops of steel from the construction of the Olympic stadium, with London taxicab lights stuck on the tops of their heads.  Of course.  As an aside, I can’t find any reference to why Mandeville has apparently peeed his pants.

So, really, aren’t these more scary than attractive?  Is anyone going to buy them/collect them?  Aren’t they just embarrassingly lame?

I did do a one kid focus group with the Minx and she thought they were ‘cute’, so maybe I’m not the target market here. Though the Minx’s strange taste is already on record.

What do you think? What do your kids think?  Are these an embarrassment to London? UK peeps, are the mascots much in evidence in the run-up to the Olympics or is everyone just trying to pretend they don’t exist?

Buy Wenlock and Mandeville here if you must.

Fancy Hotel of the Week–MyHotel Brighton