I promise that I’ve completely stopped buying expensive cat accessories, though I’ve been horribly tempted by the Tigrito Cat Bowl by Alessi, mostly because, with its grey fur and white paws,  it looks so much like Flora. 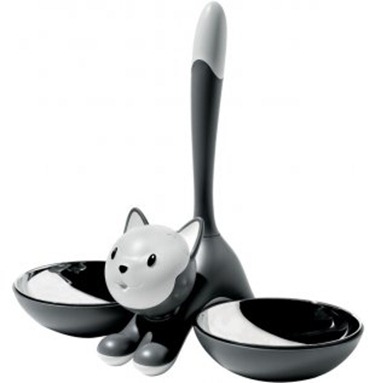 It does however cost $90. so let’s just admire it from afar, shall we? (Though it appears to be on sale via Amazon in the UK).

Instead, here is a picture of the real thing, looking rather nonplussed by the fake Tootsie Roll cat poop we made to play an April Fool trick on the Minx. It worked like a dream, particularly when the Husband ‘cleaned it up’ and started licking it. Never have you seen such a grossed out six year old. 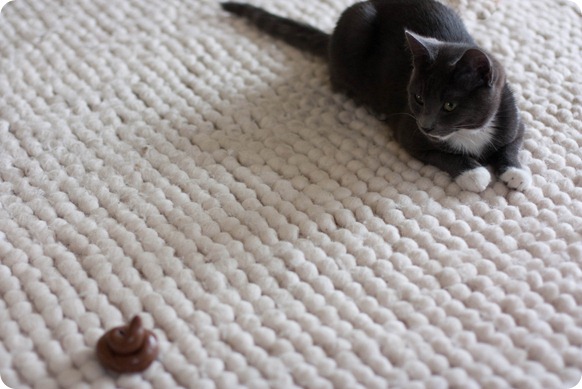 Truly if you ever need to make fake poop, Tootsie Rolls are your friends (sorry, I don’t think there’s an equivalent in the UK). Just a few seconds in the microwave and a bit of sculpting required.