Actually it’s the fancy hotel of a couple of weeks ago, but hey, who’s counting…

On our recent trip to Vancouver we were lucky enough to be able to get a corporate rate to stay at the newly-opened Shangri-La via the Husband’s job. 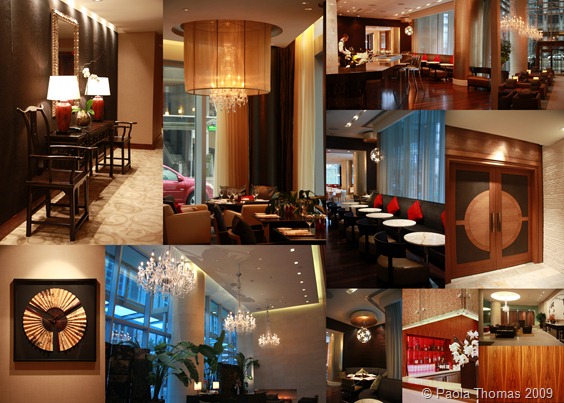 The hotel was fantastically comfortable and luxurious, though to be honest the decor was not exactly my cup of tea – very luxe, very Eastern-influenced (which makes sense as it’s an Asian hotel chain) and very safe -  with lots of textured brown and beige, wood veneers everywhere and the very occasional pop of red.

The most special details were the utterly spectacular chandeliers sprinkled throughout the hotel with gay abandon.  There was even a chandelier in each cubicle in the bathroom next to the bar. 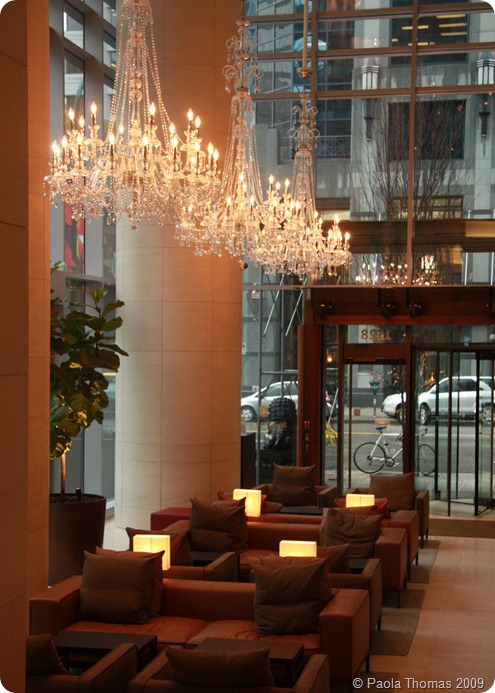 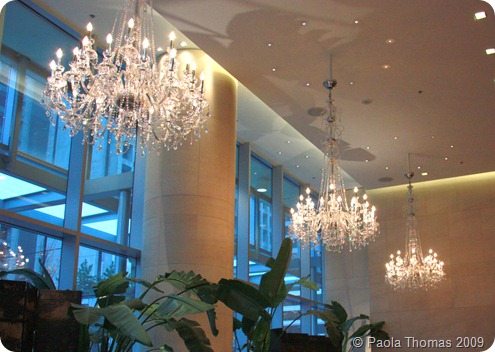 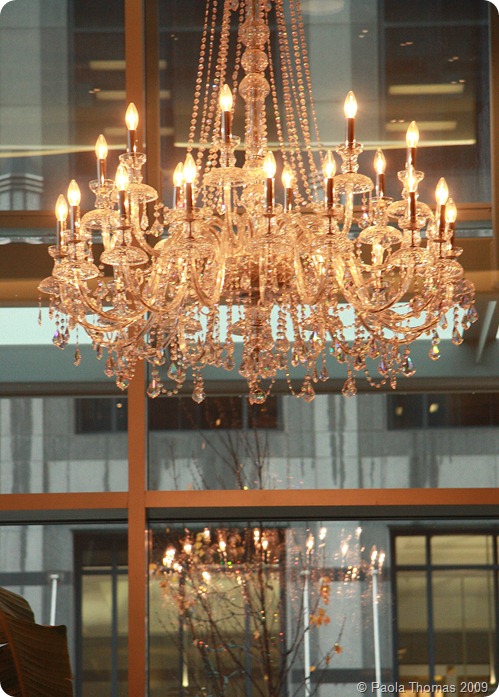 The hotel has been opened ahead of the 2010 Olympics and occupies the first 15 floors of the tallest building in Vancouver (seen here on a typical Pacific Northwest autumn day. ie. pissing it down with rain). 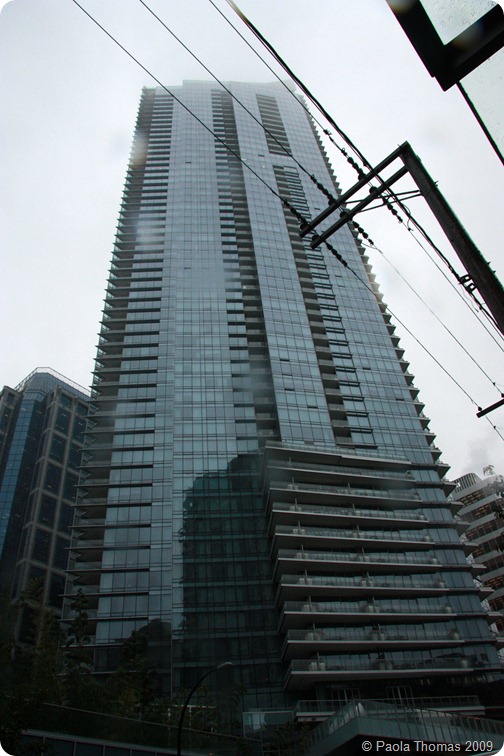 The rooms were large and filled with every technological device you could imagine, which thrilled the Husband no end.

See that slightly grey patch in the bathroom mirror (reflecting the marble shower)? 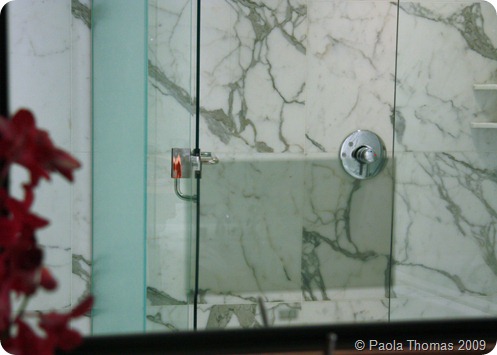 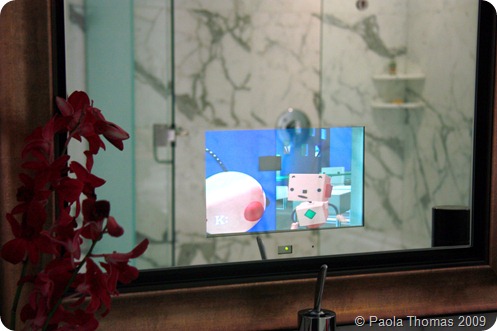 Well, it’s actually a telly. So you can watch children’s programmes while brushing your teeth.