One of the main things that really drew my eye to the Lulu Guinness spread was the magnificent Pearly Queen of Dalston  wallhanging above the banquette. I love everything about it – its wit, the fact that it’s made of buttons, its quintessential Englishness, the colours – and it seemed like just that sort of thing an expat Londoner would hang over her Seattle sofa.

I even vaguely thought about commissioning one, but it soon became clear from sculptor Ann Carrington’s website that it would be way out of my league – it’s apparently a fairly important piece, purchased by the Rothschild collection in honour of the Queen’s 80th birthday, and doesn’t belong to Lulu Guinness at all, it merely served as the inspiration for her limited edition ‘Stamp Jayne’ handbag (shown to the left of the banquette picture and seemingly no longer available through her shop).

Here it is in more detail

And here are some other works by the artist, both made using thousands of tiny pearl buttons. 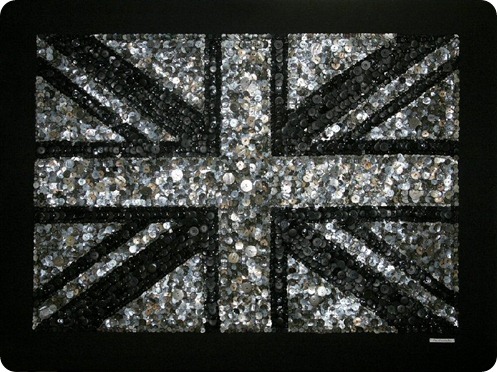 I wonder, though, if American readers are getting the cultural reference?

Pearly Kings and Queens are the heads of certain families in London’s East End, descended I think from Victorian costermongers (street sellers?) who decorate their black clothes with thousands of tiny buttons and do tons of work for charity. 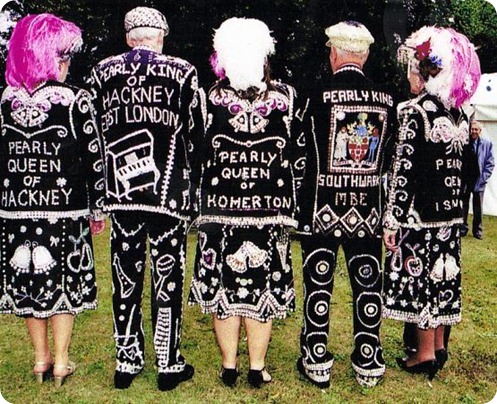 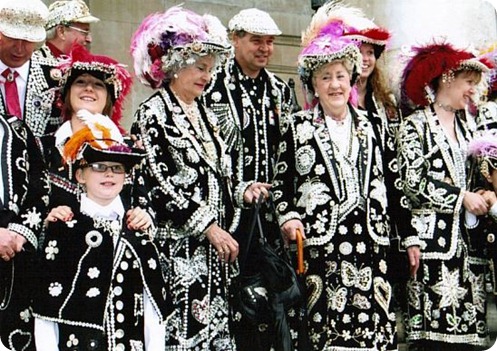 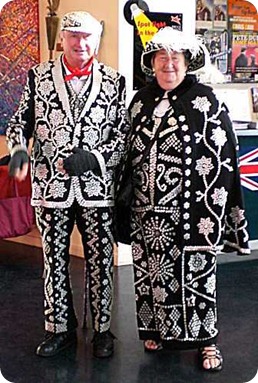 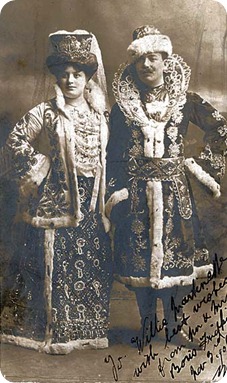 If you like the look then these cushions here are pretty special. 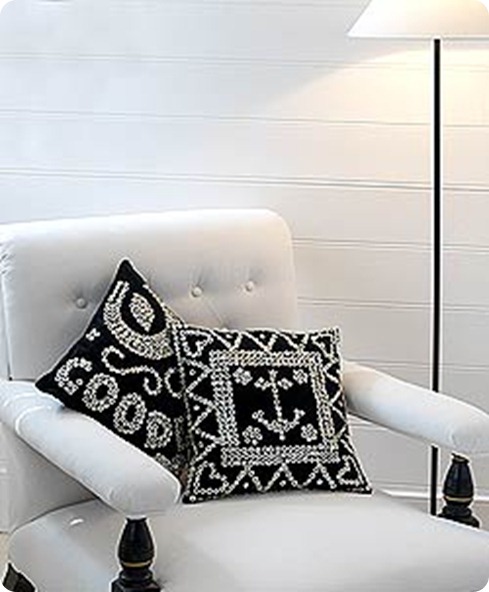