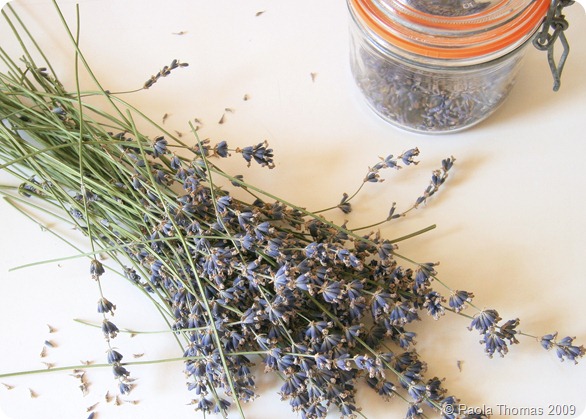 Our lavender bushes at home have been pretty spectacular too (though I forgot to take photos when they were at their peak, so you’ll just have to imagine them).  In the recent dry weather (no meaningful rain in Seattle since mid-May!) the flowers have been drying on the bushes and I’ve been collecting the dried flowers, because it seemed like the right thing to do.

But I don’t really have any idea what to do with it all.  I’m not really the sort of person who makes lavender bags (though maybe I’ll knit some).  According to all these links, I’m supposed to be making lavender sugar, lavender lemonade and lavender oil; using it in cooking; making lavender teabags to put in the bath; using the oil to heal burns and wounds and making eyebags from lavender, flaxseed and rice.  As a linguist, I am intrigued to note that the name lavender comes from the Latin verb lavare  ‘to wash’, so it’s obviously well worth putting in the bath.

Has anyone else got any good ideas?  I particularly want to try using it in cooking, so any good recipes would be much appreciated.

Life is a bowl of…