I’ve just finished knitting a cardigan for me – the first garment I’ve knitted for myself in about twenty years – of which more anon when I’ve taken some pictures.

In the meantime, though. I decided that I really ought to focus more on finishing off my Interminable Blanket, as I’m getting so bored of having it hanging around.  I’ve been gently knitting up squares in the background – I’ve decided to make it 5×4 squares instead of the original 4×4 in order to make it a bit more practical – and recently decided to bite the bullet and start sewing them together.

The first order of business is blocking – washing the squares and pinning them out to stretch them. I wish I’d done this a bit sooner, as it is so inspiring when a screwed up bundle like this, 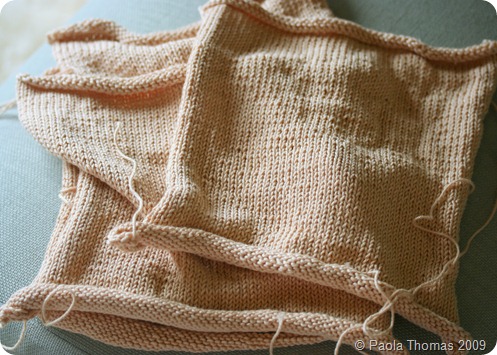 turns into lovely smooth even flat squares like these 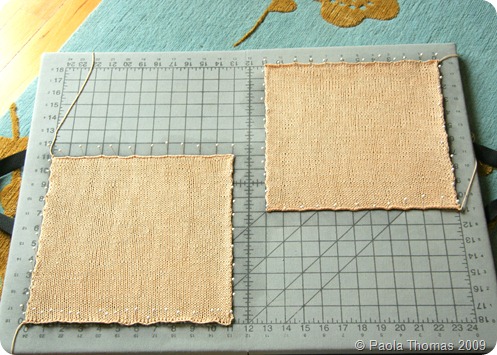 I then took my courage in both hands and started sewing.  Sewing and me have developed a hate/hate relationship over the years, so I was by no means convinced that I’d be able to come up with a neat enough seam, given that the seams on this project are pretty visible.  But after several false starts and lots of undoing and redoing I’ve come up with some seams that look pretty good to me.

Here’s the first row of five blocks all sewn together 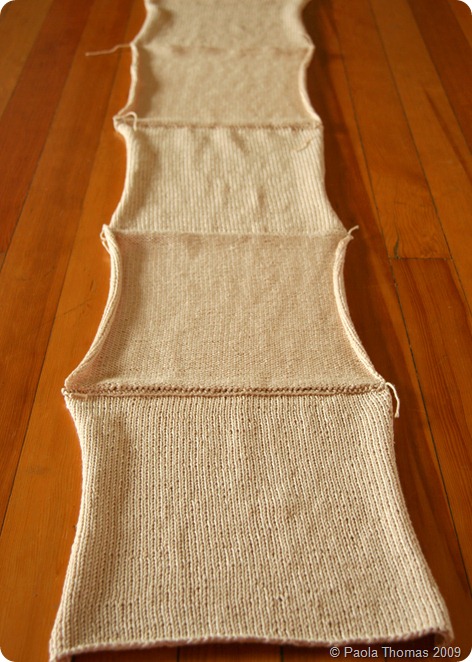 And here’s a close up of the stitching 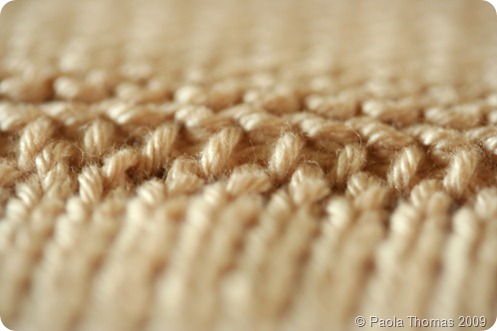 I’m hoping that the edges will unfurl again as I sew the strips of blocks together and add the lace edging, though the whole thing will probably need another blocking when it’s done.

All the way through this I’ve not been sure that I’d be able to sew it together well which I realise now has been somewhat demotivating. The knowledge that I can actually do it AND make it look good AND that the process isn’t even painful has made me set to like a thing possessed.  I’m hoping to have this finished this month, only about five and a half years after I started it.  I do wish I liked the colour more though.