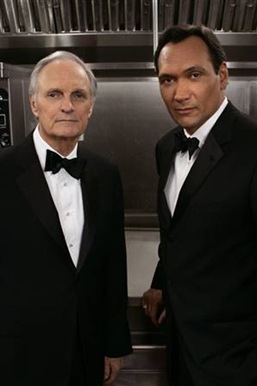 For the first time I think in like EVER, Washington state gets a chance to influence the presidential nominations (usually it’s all sewn up by Super Tuesday or even before, and this year nobody thought that Super Duper Tuesday would be anything other than decisive).  All the candidates were in town yesterday, and people I’ve been speaking to seem really excited that they get a chance to make a difference.

I’m loving the fact that the ‘script’ for this election appears to come courtesy of the West Wing’s scriptwriters – young, idealistic, minority Democrat v. old guard, maverick, not completely insane Republican.  Though even the WW didn’t think to throw a credible female candidate into the mix.

Interestingly Washington votes via the public caucus system, which means that everyone has turn up at a neighbourhood location and vote in person. There also appears to be a state primary, but that doesn’t apparently count for anything, so just colour me confused there.

Here are local bloggers Not Martha and Decorno’s takes on the matter.  I really wish I were eligible to go to a caucus as it would be a fascinating slice of American life.

As a woman I still believe it’s an honour and a privilege to vote, so if you’re a Washingtonian just get out there and do it.  I don’t really care who you vote for (as long as it’s not Huckabee) but if anyone fancies casting a vote for Obama on my behalf then be my guest.

Interesting discussion here, via Swiss Miss, on what the fonts used by the different candidates in their campaign literature say about them.