More good coverage in Closer magazine this week and all hell is breaking loose (comparatively speaking) in mirrormirror–land. 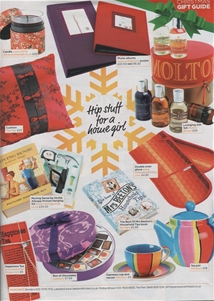 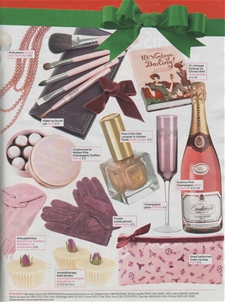 Lots of yummy orders and Helen is doing a fabulous job in the dispatch department but the problem is that we’re already running out of stuff and it’s only the middle of November.

All the shenanigans with my appendix and moving to Seattle has meant that I’ve been rather behind in my ordering, so new stock is still coming in and we just haven’t been able to launch as many new products as I would have liked.

What with one thing and the other I’ve never felt able to focus properly on the company in the two years since mirrormirror has been up-and-running, mostly because I’ve pretty much been a fulltime mum to a baby over that period. In some ways it amazes me that it’s done as well as it has with so little attention, which has been frustrating as well, as I’m sure it could be really fab if I wasn’t always firefighting and could actually execute some of my big ideas.

But now I’m so looking forward to next year.  I’ve finally got a GREAT team in place which should free me up to be a bit more strategic in my thinking over the next few months.  Funnily enough I’m finding the time difference is working to my advantage.  I can answer urgent emails and make phone calls first thing in the morning when the UK is awake and then do more thoughtful work in the evenings when the UK is asleep and I know I won’t get interrupted every five minutes.

In the meantime though I just hope we can get through Christmas without someone having a nervous breakdown.