Very early a couple of Fridays ago I crept out of the house and set off on a little adventure. 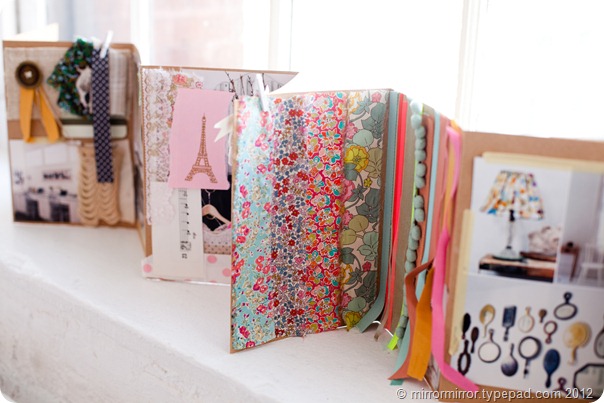 When Holly Becker first announced that she was coming to New York to teach her hugely successful online ‘Blogging Your Way’ class in person, my initial instinct was to think that it was a crazy idea; then I remembered how much fun I’d had at Holly’s book signing; then Holly started a persuasion job on me on Facebook (and goodness that woman can be persuasive) and before I knew it I’d booked a place on the class, a ticket to New York and a room at the Ace Hotel.

The weekend was split into two parts: Holly taught the ‘Creative Business of Blogging’ on the Saturday and then Leslie Shewring of A Creative Mint followed on Sunday with a more active workshop on styling and photography.  Since one of my goals for the year is to finally get serious about both my blogging and my food photography, it seemed like a great way of killing several birds with one stone. The fact that it was in NYC might have influenced my decision a leeetle bit too.

One of the things we talked about a lot during the Saturday workshop with Holly was uncovering and keeping true to your own personal style, aesthetic and voice. The quote on the slide above Holly’s head in the above picture is ‘to thine own self be true’ and she certainly practises what she preaches, as I discovered on the Friday night.

Since I was three hours behind New York time and wide awake on Friday evening, I was happy to help Leslie Shewring as she styled Divine Studio in the East Village to turn it from its bare white bones into a creative and inspirational space.  We moved tables, covered them with plain white paper, hung rolls of crepe paper, decorated jars with washi tape, arranged tulips and pretty notebooks. By the time Holly had added Liberty print ties and round tags and floral banners she’d made herself on the plane, being in the studio was like being within the pages of Holly’s blog – all white with pops of colours, lots of pretty pastels and florals, with the odd homespun, crafty touch.

It’s not exactly my aesthetic, but seeing a coherent look being pulled together with some cheap accessories, a deft touch and a focused styling eye, was one of the most fascinating aspects of the weekend for me. 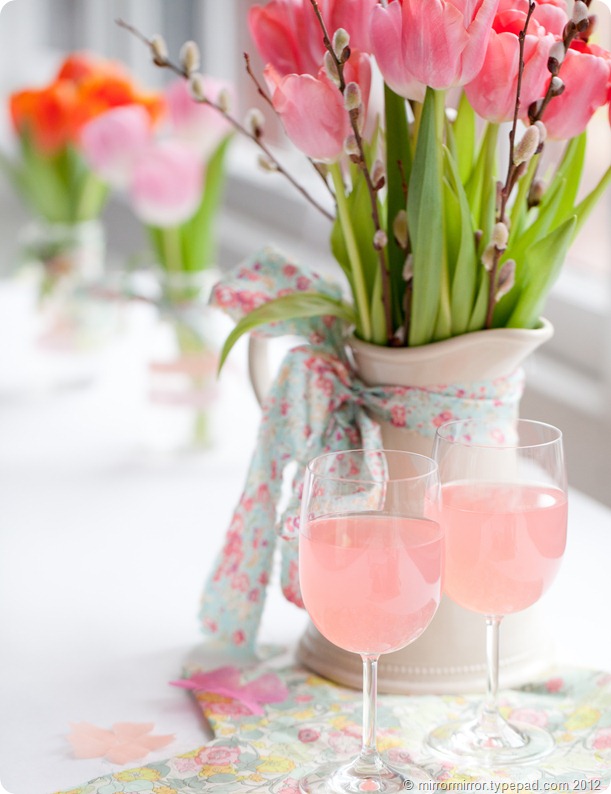 Aside from lots of practical advice about blog design, how to build readership, how to use social media successfully and how to monetize your blog, there was lots of stuff on finding your own authentic voice, focus and niche.  Focus is one of the things that my blog has suffered from a lack of over the years (you don’t say! – Ed) so this really resonated with me. I did a lot of soul-searching, both during the class and on the plane on the way home and I think I came to some conclusions.  I’ll share them in a separate post. 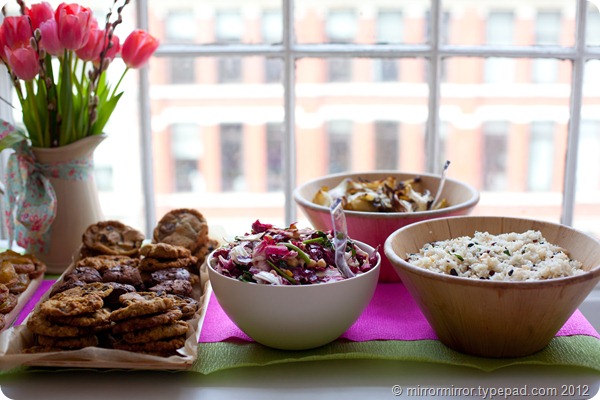 Even the food, from City Bakery, was both beautiful and delicious

The thing you need to know about Holly is how authentic she is.

She’s had a lot of success but that has come about because she has stayed true to herself, her passion and her vision.  The whole weekend was an object lesson in ‘walking the walk’. From the décor, through the food, to the one-on-one attention, the course materials and the great team of helpers Holly had pulled together (Leslie, Michelle and Melissa below and Julie, whom I sadly don’t have a picture of), everything reflected Holly’s style and the fact that she is so utterly and ridiculously nice. This is a woman who really cares about her readers and the people who attend her classes and workshops, which is why they are so darn fun, creative and inspiring.

And that was probably the most inspiring, thought-provoking and fabulous thing of all.

I’ve got so many pics that I’ve decided to split this post into two parts.  Tune in tomorrow for more about Leslie Shewring’s fabulous styling and photography class.