Or, when designers don’t decorate.

I opened my new copy of Livingetc with some excitement as the front cover promised me an ‘at home with Sebastian Conran’.  I knew he had one of those huge Victorian wedding cake houses in Notting Hill and this would surely provide some great material for a ‘Go Love Your Room’ post.

For those of you in the US who may be unaware of them, the Conrans are pretty much design royalty in the UK.  Designer Sir Terence Conran founded the Habitat chain and the Conran Shop, has published a series of seminal works on interior design and owns a string of beautifully-designed, fabulous food-serving restaurants in London. He almost single-handedly dragged Britain out of the chintzy Fifties into the fab Sixties interiors-wise and has been a giant on the UK design scene ever since.

Sebastian is well-known as a product designer, probably most famously as the design brains behind Nigella Lawson’s Living Kitchen range, though as you can see from his website he has a number of great products to his credit. 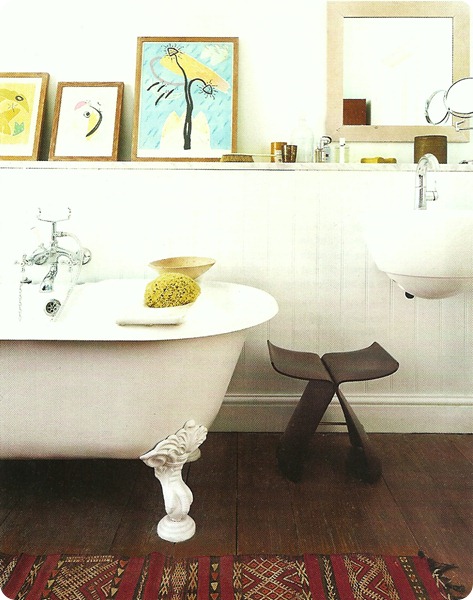 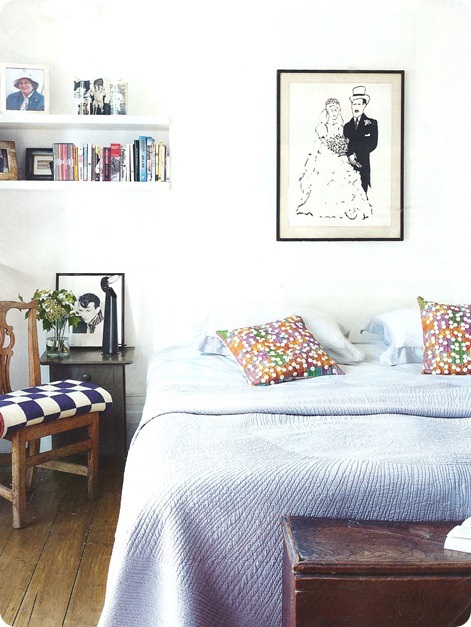 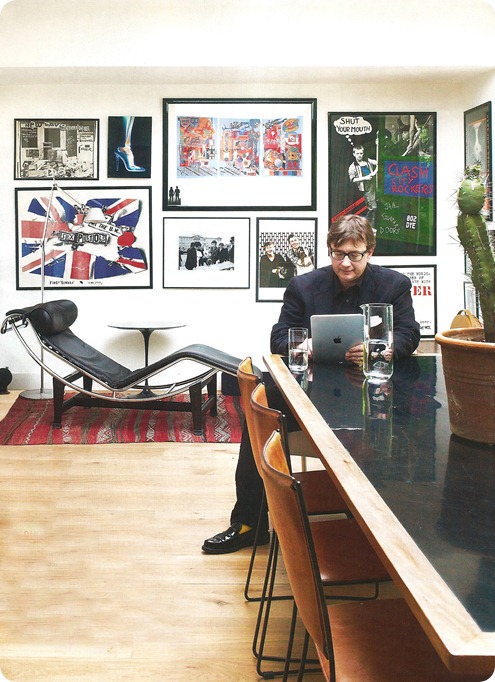 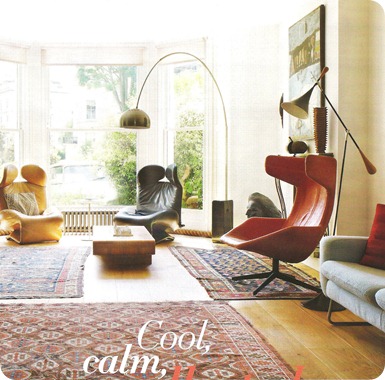 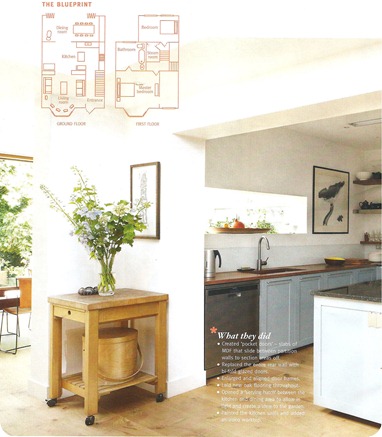 AND there’s no denying that he has, as you’d expect, paid a lot of attention to detail. The units, for example,  are painted in a colour Sebastian created from a gouache of stainless steel, “I wanted a shade that had the same tonal value as the metal to give cohesion to the mix of materials”.  A lot of remodelling has been done – hallways widened, door frames raised, huge French doors installed at the back and the sightlines adjusted to make sure the vistas through the house were perfectly aligned. 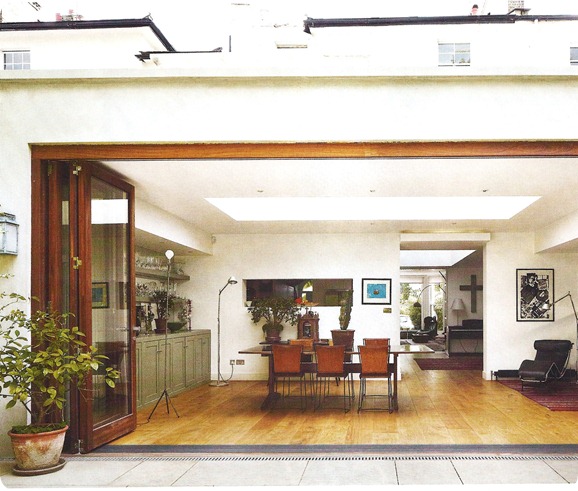 And yet, and yet, I can’t help feeling that this looks a bit like a student bedsit, with white walls, mismatched chairs, posters on the walls and rumpled rugs (albeit a student with access to a phenomenal amount of money).

Everything seems somewhat haphazard and studiously UNdecorated – no interesting curtains or cushions (except in the bedroom and you can bet they belong to the stylist), no unifying colour scheme or much colour of any description, no flashes of wit, no striking arrangements, no interesting light fixtures. It’s the home of someone who celebrates form and function over everything and as such seems both curiously sterile, strangely uncohesive and not particularly comfortable.

What do you guys think?

poll by twiigs.com
{All images and Sebastian Conran quotes from Livingetc August 2010}

Fancy Hotel of the Week – the Scarlet