We were invited to our first barbecue of the summer over the weekend and I decided to take some chocolate brownies, as it’s been far too long since I made them. 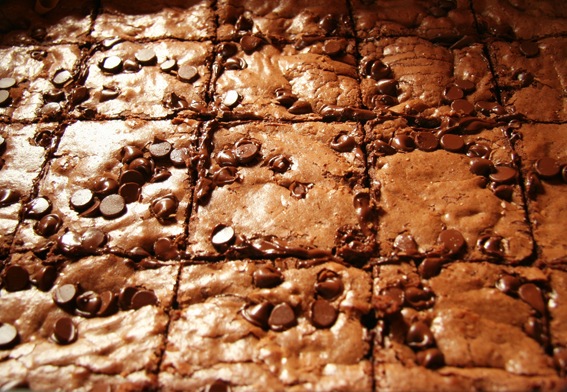 The best brownie recipe in the world is from Green & Blacks Chocolate Recipes. 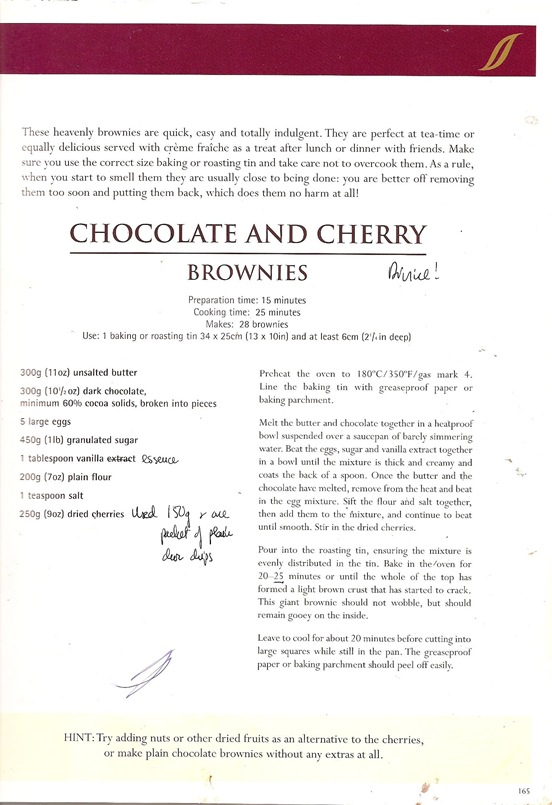 The addition of dried cherries takes these into a different orbit of deliciousness.  I sprinkled some chocolate chips onto the finished brownie when it had just come out of the oven and pressed them in with a spatula – er, just because they weren’t chocolate-y or fattening enough. 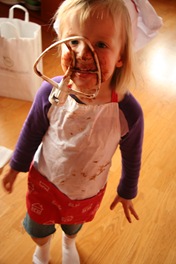 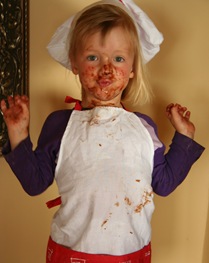 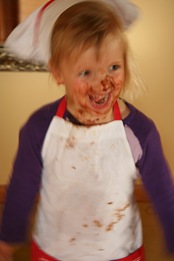 They turned out great, despite the Minx ‘helping’ out in her usual inimitable style.

I mention these because I was going to bring some to tonight’s Lab, but apparently can’t because of pesky health & safety regs.  But do come along anyway and ponder what might have been…

I need to think of an acceptable giveaway.  Megan Not Martha has set the bar horribly high and I hear that Mary T from Shelterriffic will be bringing along a new design classic.  Also speaking is the delightfully scary Miz Decorno herself.  All details here.

Sabotage – or You Just Died and Went to Cupcake Heaven
< I. just. can. not. wait
The Lab – Chemistry >